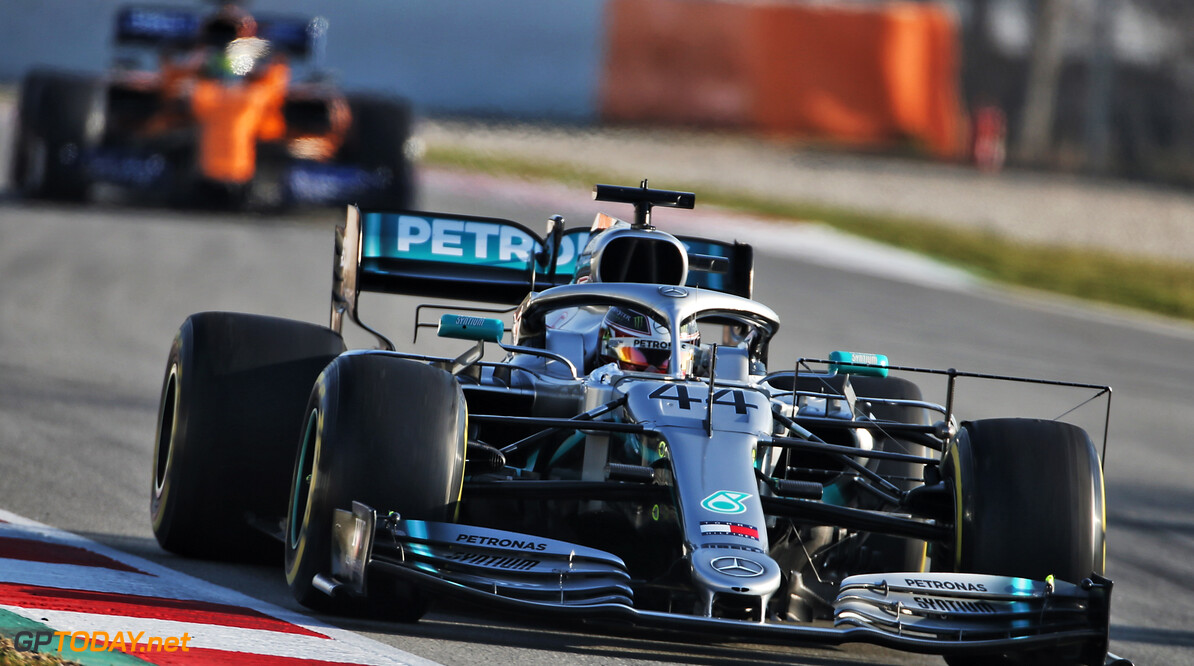 Hamilton believes midfield teams are closer to the front

Lewis Hamilton believes the midfield teams have closed the gap to the championship contending outfits over the winter break.

Throughout the last handful of years, there has been a growing gap between Mercedes, Ferrari and Red Bull and the rest of the field, leaving the midfield pack to fight over the 'best of the rest' spot.

Although Hamilton is confident that a gap remains heading into 2019, the five-time world champion thinks that the advantage is now just half a second.

"I don't know which team is fourth, but they are a lot closer than they were in the past," said Hamilton.

"Before there was like a second gap or something like that, I think it's now within half a second or maybe less, which is awesome.

"How their development will be through the year, whether they have the capacity to develop as the top three teams do, is probably the biggest question.

"It's going to be exciting. Maybe you're going to see some races where Renault or Force India [Racing Point] will be a lot higher than they've been in the past."

Sergio Perez and Lance Stroll were the only drivers in the last two seasons to claim a podium finish for a midfield team.

The battle for the 'best of the rest' was closely fought in 2018 between Renault and Haas, and Renault's new signing Daniel Ricciardo expects the fight to be even tougher this season.

"A lot of the cars are going to be very close and there isn't going to be much in it," he said.

"So it could just be 'who does a cleaner lap' could make the difference of one or three positions. I am looking forward to where everyone stands. It has been pretty close in testing.