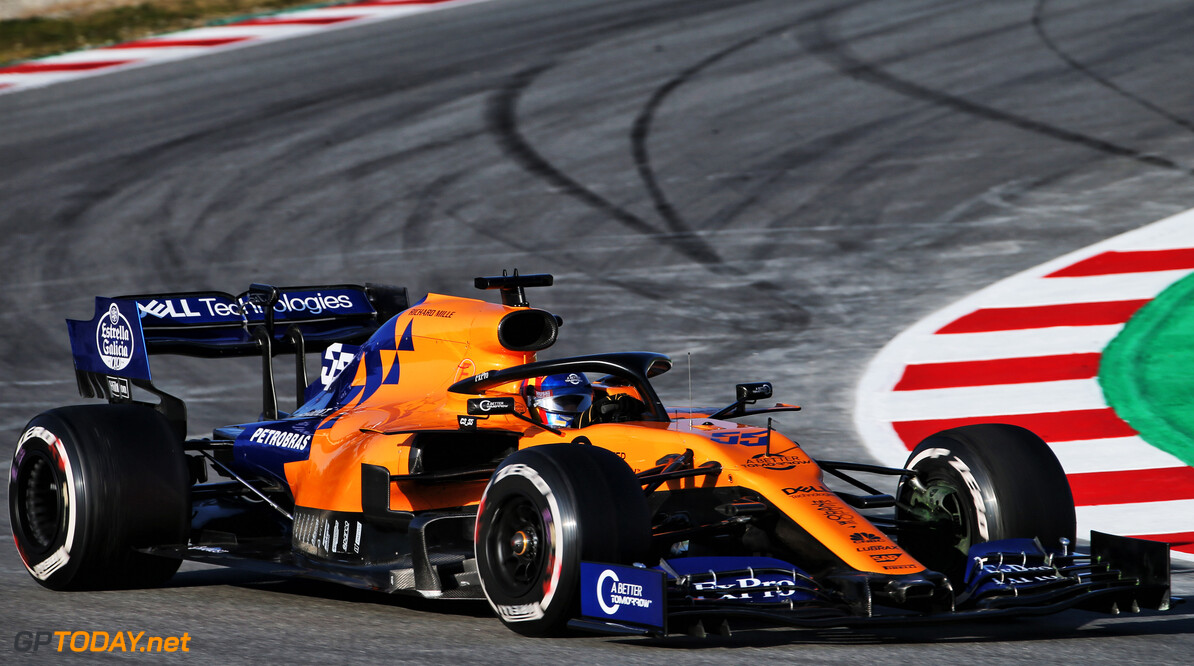 Sainz sure rivals are faster than McLaren

McLaren driver Carlos Sainz believes that the team's rivals have a lot more pace to show despite setting the fastest time overall during Wednesday's test, setting a time of 1:17.144. The time was also the fastest set so far in testing this season.

Sainz joins McLaren after departing Renault last season, joining rookie Lando Norris. The team, now in their second season using power units supplied by Renault, are sure the MCL34 is a significant step forward, but there is still work to be done in order to challenge the top teams.

"A 17.1 around Barcelona is fast but I guess teams like Red Bull, Ferrari can go much faster than that,” Sainz said. "The important stuff to come out of this seven or eight days I think that every time I’ve been on the track I think the car has been progressing. The car balance has got better over the last few days and it’s allowing us to extract a bit more from it."

Having raced with the Renault team since late 2017, Sainz is cautious about how much of a step the supplier has been able to make with the 2019-spec unit, but is aware that there is a long season ahead where a lot of improvements can be made.

“It feels like a good step,” he added. “That’s the only thing I can say because until anyone turns up the engines in Australia and we see the top speeds it’s going to be very difficult to find out how good the step is, or if the others have done a step as big as we have done.”