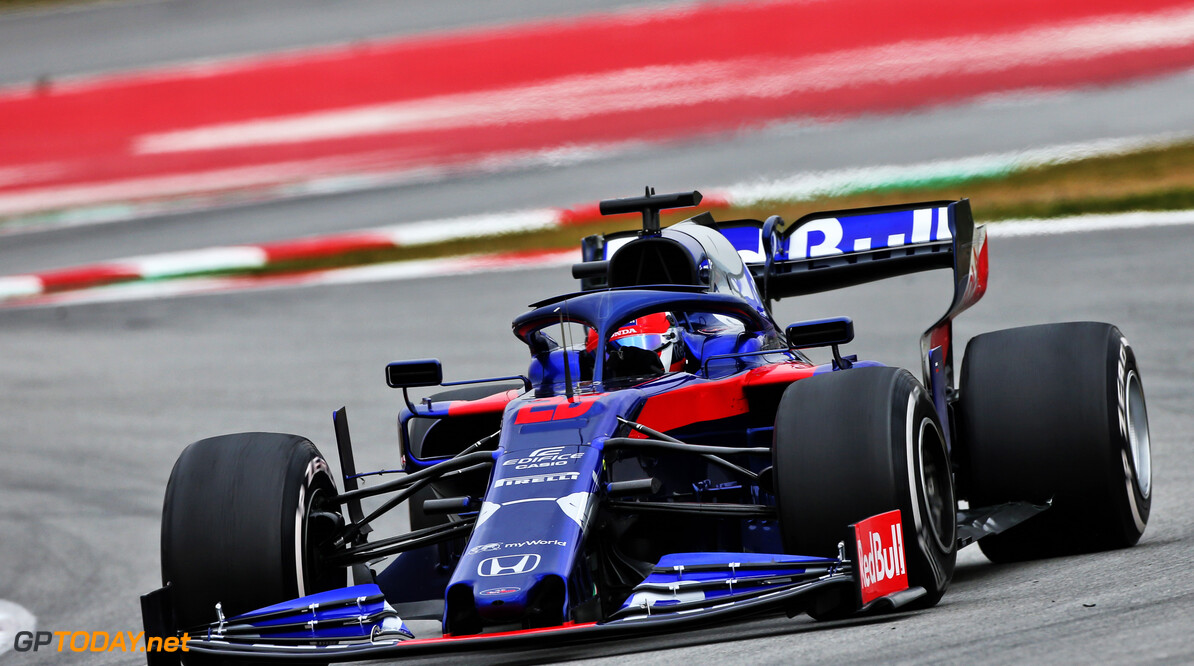 Kvyat: Fastest lap was not 'balls out'

Daniil Kvyat says that his Toro Rosso's fastest lap of the test was not "balls out" as he was trying to keep the car out of the wall. The time of 1:17.704 knocked Alfa Romeo driver Kimi Raikkonen off the top spot by 0.058 seconds with 10 minutes of the session left.

Kvyat set the lap on the softest Pirelli compound and said that the team were not intentionally trying for a headline result. The Russian driver completed 137 laps in the STR14 on Wednesday after spending 2018 on the sidelines and was pleased with the tally.

Even after posting the fastest lap Kvyat said: "We were not having any intention to go for big performance today. We just tried to focus our programme today. That was the most important thing for us. To do as many laps as possible today. To complete the programme."

Talking about his lap he said: "I wouldn't say it was balls out or anything. You don't want to end up in the wall." He added: "The priority was not the fastest lap- the priority was to bounce back after the first day, which wasn't ideal."

He also warned against Toro Rosso becoming complacent and stressed that the team needed to carry on working in a similar vein as they prepared for the final day of the first pre-season test.

"I'm comfortable with the car and every time I'm on track I have a better feeling of what the car will do, which is nice. As a team, we always want to do more, so if we had the chance to do 200 laps I would take it, even if my neck probably wouldn't enjoy it.

"Now it's important to go on working hard, without getting caught up with where we finished on the timesheets- even if it's quite pleasant to end up where we did."