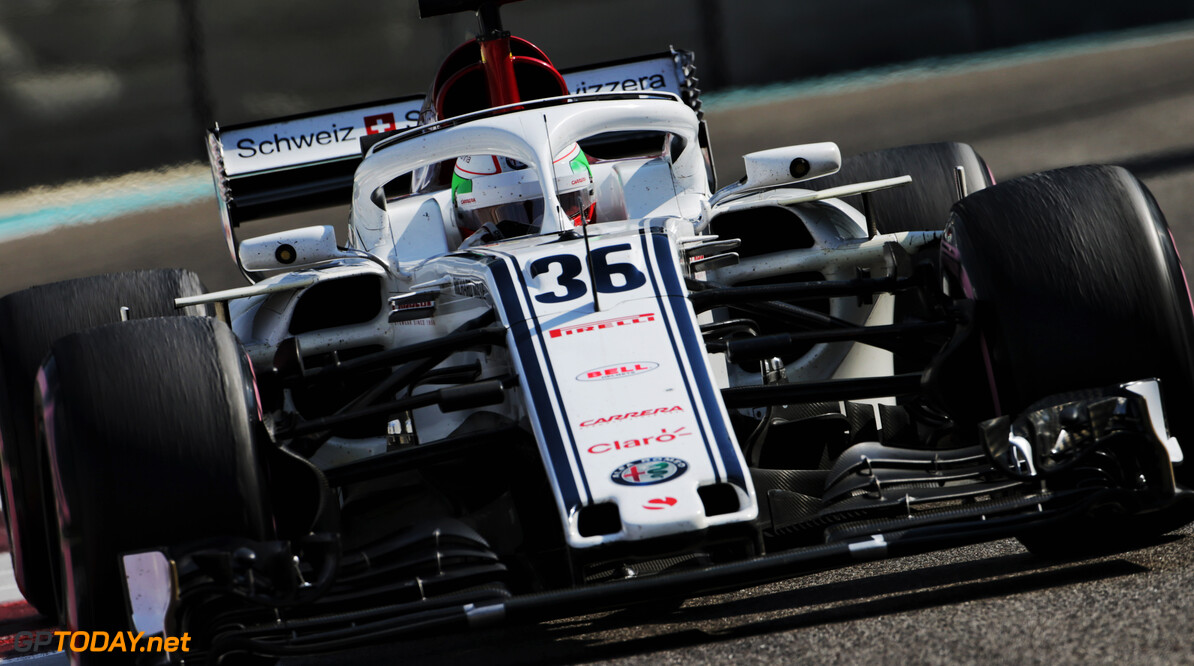 Giovinazzi: Sauber's 2019 target is 'best of the rest'

Antonio Giovinazzi says that Sauber is targeting the best of the rest slot for the 2019 Formula 1 season. The Hinwil outfit started the 2018 campaign in a poor state, but successfully developed the C37 throughout the nine months of the championship calendar.

At the end of the year, the team had arguably the fourth best car in the field, with Charles Leclerc scoring three seventh-place finishes at the final three Grands Prix of the season.

However, a large gap remains between the race-winning teams of Mercedes, Ferrari and Red Bull and the rest of the field. Giovinazzi says that fourth in the championship would be a healthy result for Sauber, after being backmarkers for a handful of years.

But the Italian knows that Renault'a continuing improvement will pose a threat to those goals: "I think it will be a really high target for Sauber to be the fourth team," the 2016 GP2 runner-up said.

"Renault is really strong, will be really strong next year also with their drivers. So we don’t know yet," Giovinazzi added. "Next year will be a different car. We’ll see. The target for sure is to be the best of the rest but it’s a really high target. We will try."

Giovinazzi made his F1 bow in 2017 with Sauber, standing in for Pascal Wehrlein at the opening two rounds of the season. This year, his first full season in the sport, he will partner 2007 world champion who joins after a five-year stint at Ferrari.