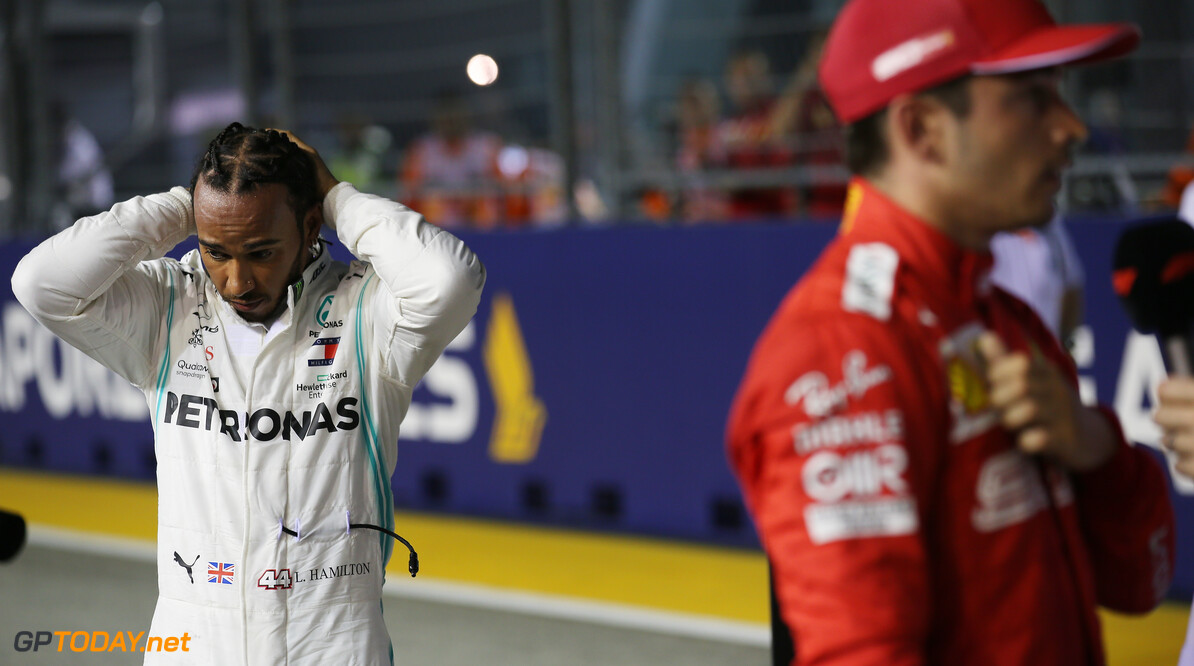 Hamilton unsure where Ferrari’s pace advantage has come from

Lewis Hamilton believes Ferrari has “done a great job” with its upgrade package for the Singapore Grand Prix but says he’s yet to work out where his Mercedes team are losing pace in comparison.

After securing victory in Singapore two years in a row, Hamilton says he came into this weekend believing his biggest threat to victory would come from Red Bull and not Ferrari, despite the Italian team’s strong form in recent races.

But after seeing Charles Leclerc secure his third consecutive pole position, Hamilton admitted he was not expecting such strong competition in Singapore and feels his team must work to understand where Ferrari’s performance advantage exists.

“I don’t know where [Ferrari] have picked up their pace but on a street circuit like this earlier in the year they were not as close so they’ve obviously done a great job,” said Hamilton.

“We obviously came into the weekend knowing that we’d have a fight with the Red Bulls, and just knowing how the Ferraris have been in other places with high downforce, they’ve not been so strong, Budapest for example. Now all of a sudden, they’ve brought an upgrade here and it seems to have worked.

“I don’t really know where we’re losing it, and obviously, the first sector is a bit of a loss to us. I think some part of it is straight line [speed] but they’ve been able to match in the middle and the last sector so I think just overall it’s clearly a big step for them.”

Asked if Ferrari and Leclerc’s pace had come as a surprise, Hamilton said: “Of course, we were not expecting such a strong performance from them and to have that deficit to them, but they’ve done a great job.

"I’m grateful that I was able to split them, but we were definitely lacking pace today.

“It was definitely a struggle out there to battle with them and to be out there. I like how close it was between us all, so hopefully, that puts us in good stead for more good fights.

“The day’s just not been that great. Yesterday was a much smoother day for me and then today was just a little bit hard, I feel like performance was potentially lost a little a bit today or maybe everyone else just improved.”