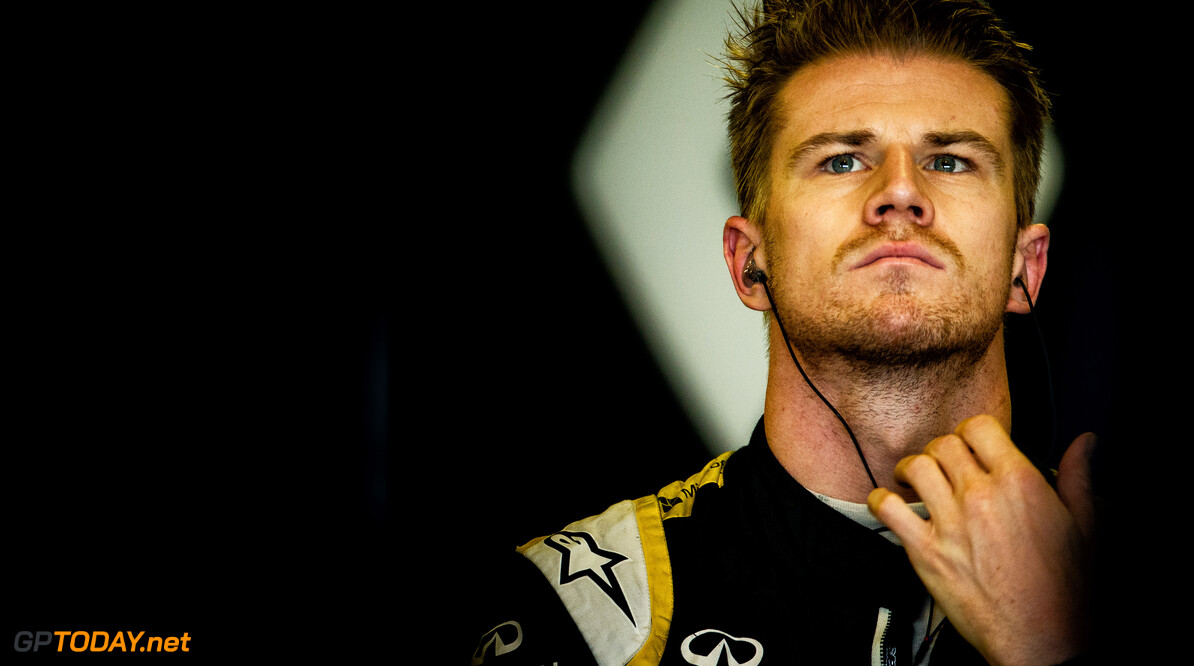 Hulkenberg would win 'straight away' at top F1 team - Sainz

Nico Hulkenberg would be a race winner 'straight away' if he were to get a drive in a top team, says his former Renault teammate Carlos Sainz.

Hulkenberg joined Renault at the start of 2017, in order to guide the team back to the front of the grid as they start their long-term project since becoming a works outfit again.

Even though the German driver won the 'Class B', or 'Formula 1.5' title last year, meaning that he finished in seventh position behind the three top teams, he also holds the record for the most number of races (156) without a podium.

“The year that I came to Renault, Nico was having already a very strong year", said Sainz. “I saw him performing at the highest level I’ve seen I think perform in the midfield for years.

“For me he’s one of those guys that you give him a Mercedes, Ferrari or Red Bull he’d win races straight away. But unfortunately you guys are not able to see it, not able to calculate it, as Formula 1 works like that.

“Nico is one of those guys that I’ve learned a lot from and I’m going to go to McLaren with that experience, having shared a team with one of the most talented drivers in the grid right now.”

In order to end his podium drought, he will need to hope that Renault can close the gap to the top three teams, and Sainz feels he has left the team in a good position to do this.

“I hope so because then it means they are also improving the engine and the engine goes to McLaren and the McLaren also starts working,” Sainz joked. “I see a lot of good guys here, I’ve met people like [chassis technical director] Nick Chester that are top guys, and people really willing to make it back to winning ways.

“I wish them the best. I know it’s a hard process. I don’t know how much time they want to cut it back, but it’s between one-and-a-half and two seconds in qualifying every time.”