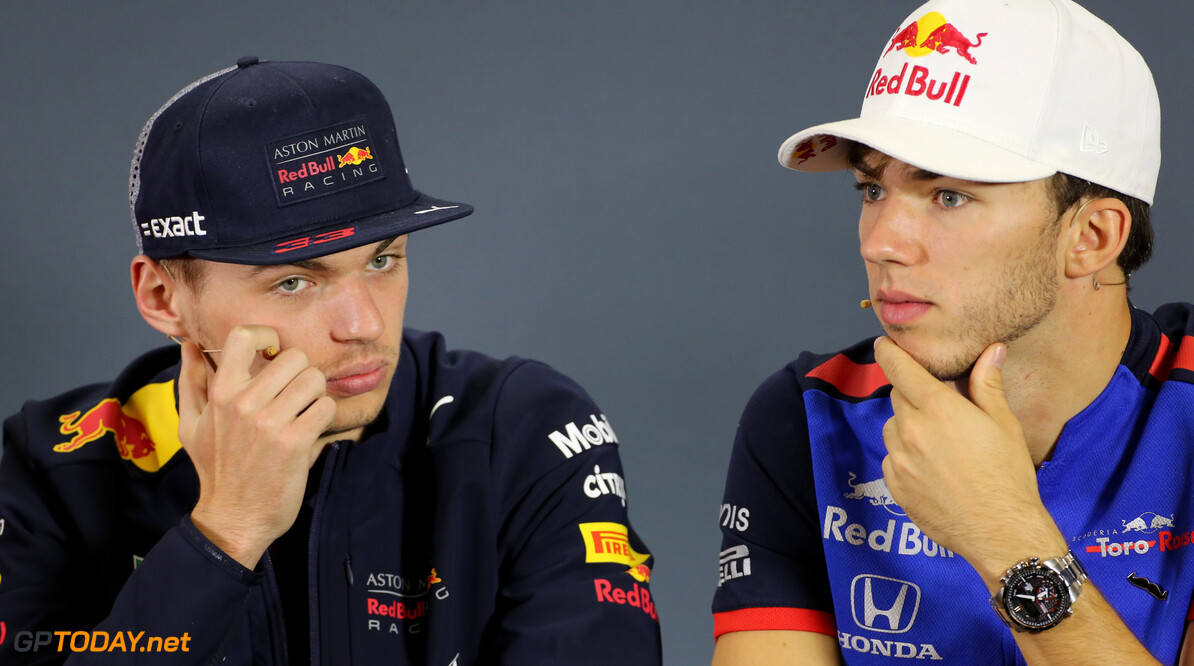 Gasly vows to give Verstappen his 'hardest time'

Pierre Gasly says that he will try to give his new teammate Max Verstappen "the hardest time" he can at Red Bull next year. The Frenchman will race at the energy drink squad after spending just over a year at Toro Rosso, Red Bull's junior outfit.

Gasly gained the promotion after Daniel Ricciardo announced that he was leaving at the end of 2018 to join Renault. He recorded a best result of fourth place at the Bahrain Grand Prix, and bagged a handful of top ten finishes throughout the rest of the year.

Verstappen has established himself as one of the strongest drivers on the grid over the last three years, winning five races since joining the team in 2016. Ahead of his move, Gasly acknowledges that he has more to learn going forward.

"I'm still only going to be in my second season of Formula 1 so there are still a lot of things to learn and I still need to develop myself," Gasly said. "But I know I'm quick, I need to make the best out of my skills and my qualities, but also work on all the areas I can improve.

"We will see how it goes against Max. He is one of the most talented drivers at the moment, it's always good to be next to a competitive guy, and I'll give him the hardest time I can and then try to develop as much as possible as a driver. We'll see the result I get next year."

He is also encouraged by the late 2018 pace that Red Bull displayed: "Red Bull showed at the end of the season they were fighting for victories - Max got one in Mexico and was probably going to get one in Brazil as well," he reflected.

"So clearly the package works and next year we also need to see how it goes with Honda. But I think it'll be really interesting and if there is a winning car I'm sure he's going to be right at the top and it will be my job to make sure I'm right there as well."