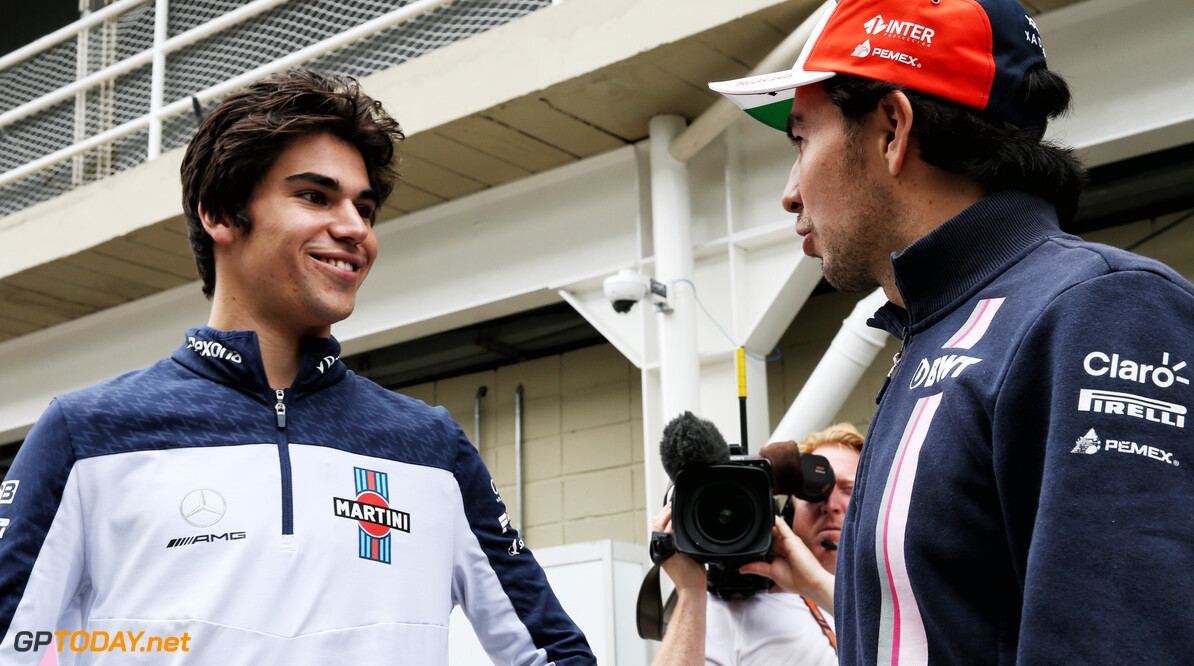 Sergio Perez admits that he doesn't quite know much about Lance Stroll as a driver, but firmly believes that he possesses talent. The two are set to be teammates at Force India, with Stroll's seat at the Silverstone squad for 2019 all but confirmed.

The 20-year-old's father, Lawrence, purchased the team over the summer break after it fell into administration. Force India hasn't announced Stroll yet as it has been waiting on Esteban Ocon to officially confirm his plans for the 2019 season, as Stroll's arrival will come at the expense of the Frenchman.

On Friday, Mercedes boss Toto Wolff confirmed that Ocon would hold the role as the Silver Arrows' third and reserve driver and that he would work extensively in the simulator throughout the season. The declaration means that Stroll, who is set to test with Force India next week, could be confirmed in the coming days.

Next year will be the 2016 European Formula 3 champion's third year in the sport. In his time in F1 so far, Stroll has collected a podium finish and a front row start, achievements that Perez thinks makes the current Williams driver no pushover.

"I don’t know him much as a driver. In Formula 1 it’s so difficult to compare a driver from another team," Perez said. "95% of your results is done by the car. He’s certainly had a poor season down to his car, I think Williams had a lot of trouble.

"But the kid definitely has talent, you know. He’s been on the podium. When it’s wet he’s always up there with that car. I think he’s coming to a great team with one of the best engineers in the world so I think he will be in great hands to deliver good potential."