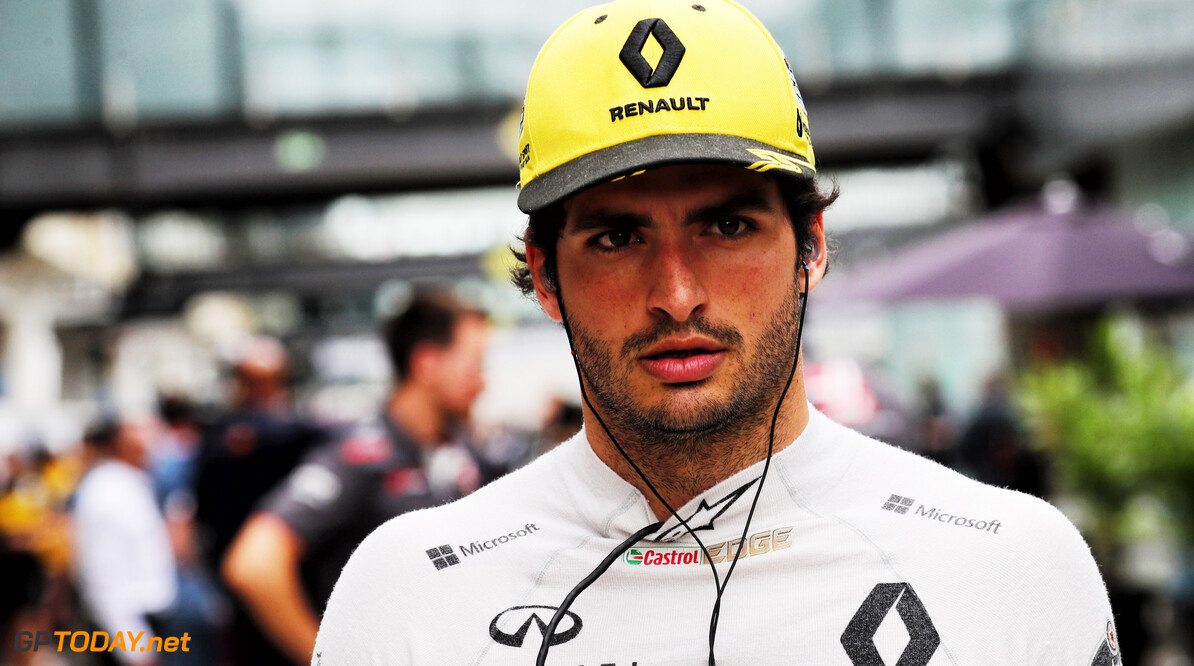 Sainz to test with McLaren in Abu Dhabi

Carlos Sainz will get behind the wheel of a McLaren for the first time at the post-season Abu Dhabi test, the team has confirmed. Sainz will make the full-time switch to McLaren next season, where he will partner rookie Lando Norris.

Sainz will cut his ties with the Red Bull junior squad that brought him into Formula 1 at the start of 2015. Towards the end of 2017, he joined Renault where he remained throughout the 2018 season alongside Nico Hulkenberg.

However the French squad decided to sign Daniel Ricciardo for 2019, leaving Sainz to make a deal with McLaren and take over Fernando Alonso's seat, a driver he has admired and idolised since he started racing.

The two-day test, which is hosted by Pirelli, allows young drivers or drivers switching teams to gain experience in a new environment. The test will run on the Tuesday and Wednesday after the Abu Dhabi Grand Prix, with Norris driving the MCL33 on Tuesday and Sainz stepping into the cockpit on Wednesday.

Sainz will not be the only driver who will drive during the test for a new team. Daniil Kvyat, who is making his F1 return next year, will be back in the Toro Rosso, while Charles Leclerc and Kimi Raikkonen will drive the Ferrari and Sauber respectively.

Announcing our lineup for next week's #AbuDhabiGP tyre test, with Carlos Sainz taking the wheel of a McLaren for the first time. ?