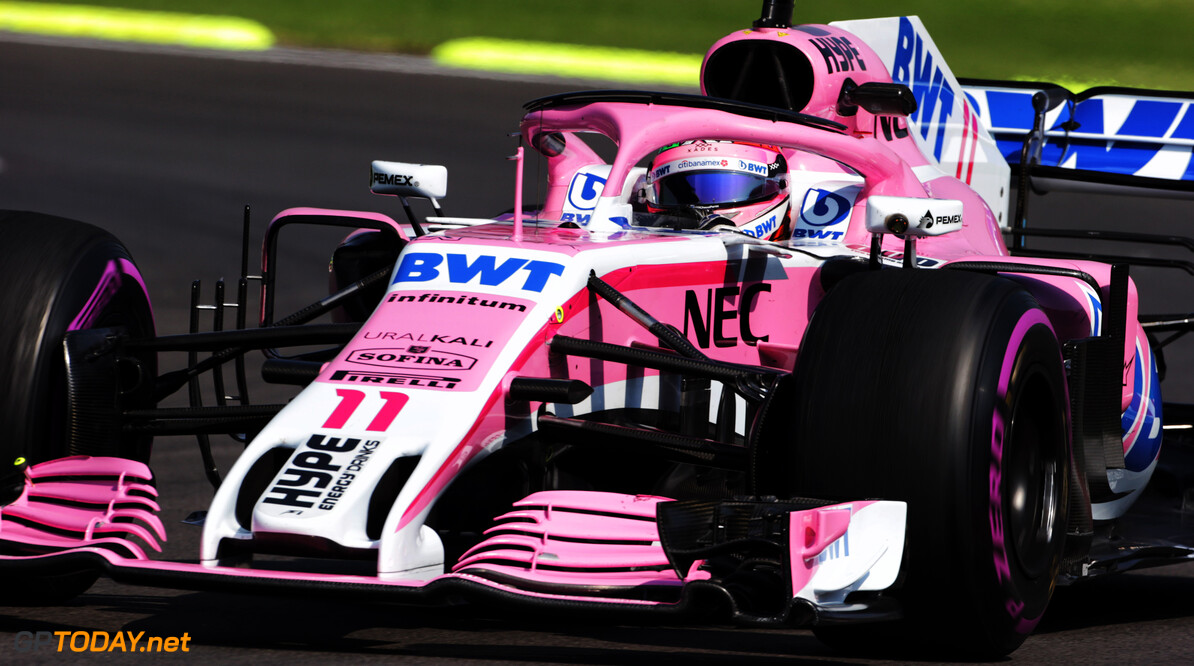 Force India's Sergio Perez confirmed post-qualifying that the team sacrificed getting into Q3 to start Sunday's race on a more favourable compound. Drivers who make it into Q3 must start the Grand Prix on the tyres they set their fastest laps in Q2 on.

Out of the midfield teams, both Renaults and Saubers progressed into the final stage while Force India missed out. The Silverstone squad set their fastest laps on the ultra soft tyre, which one step harder and therefore slower than the hyper softs Renault and Sauber used.

However, the hyper soft is expected to degrade very quickly at the start of the race, meaning that Force India could benefit from running deeper into the Grand Prix n a harder compound, which could see them make it to the end on a one-stop strategy.

"We had the pace to go into Q3 with the hyper soft tyres, but we didn’t think it was worth the risk to start on those tyres,” said Perez. “We knew it would be hard to make it into the top 10 on the ultra softs, but starting on a harder compound should give us an advantage tomorrow – we basically chose a better strategy over grid position."

Perez qualified in P13, behind his teammate Esteban Ocon who ended up in P11. Perez admitted a little bit of frustration over Fernando Alonso getting in between the two pink panthers, which could cause them a headache on Sunday.

“My only regret is that Fernando [Alonso] is ahead of me: I lacked a bit of grip in the final part of my Q2 lap and he was able to be ahead of me on hyper softs. I am confident about our chances tomorrow. We believe our strategy is the correct one and we can move forward in the race.”