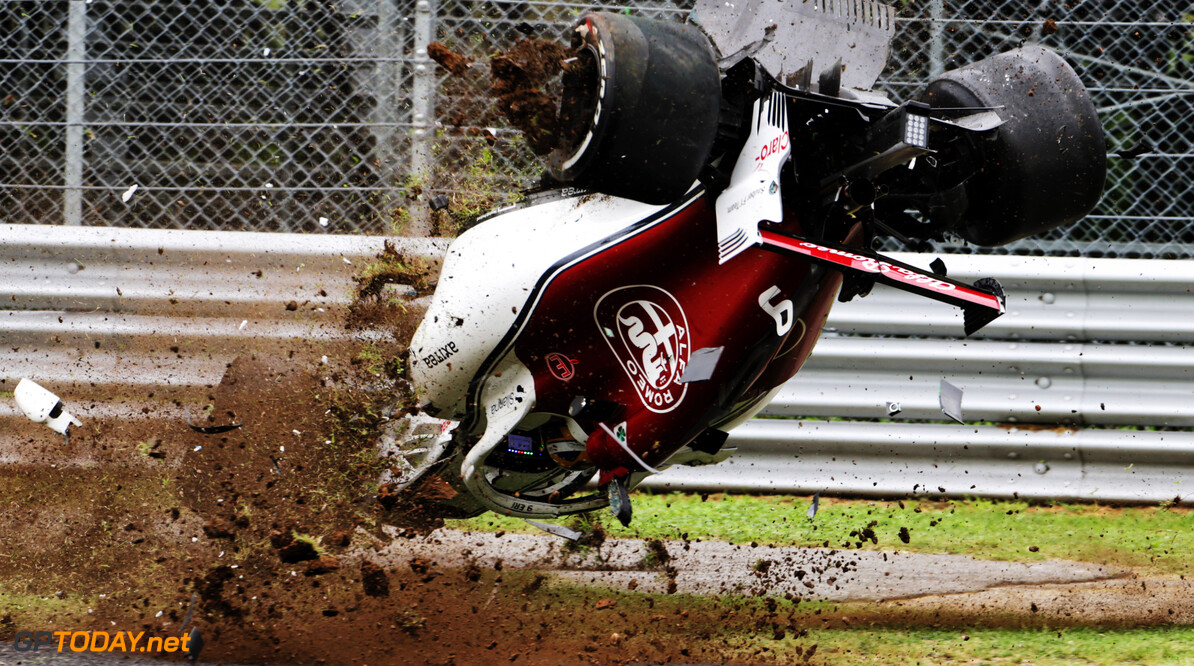 Marcus Ericsson suffered a huge accident during the second practice session at Monza. In the early stages of the session, the Swede was heading into Turn 1 before his car snapped to the left, causing him to hit into the barriers and barrel roll down an escape route.

The crash appeared to be caused by a DRS failure, as the Sauber's rear wing was open as Ericsson hit the brakes. The system is supposed to automatically close once it senses pressure on the brake pedal. It is the second DRS failure in a week, as Kimi Raikkonen was forced to retire from the Belgian Grand Prix last weekend due to a similar issue.

Ericsson hit the barriers hard, however there was no major damage done to them. The 27-year-old was able to climb out of his wrecked car by himself, but was immediately taken to the medical centre. Sauber is investigating the issue, with Charles Leclerc also suffering from a DRS issue.

Ericsson is likely to take new engine parts and a gearbox following the accident, which will result in a grid penalty. After his top-ten finish at Spa, he was aiming to score points this weekend at Alfa Romeo's [Sauber's title sponsor] home Grand Prix.