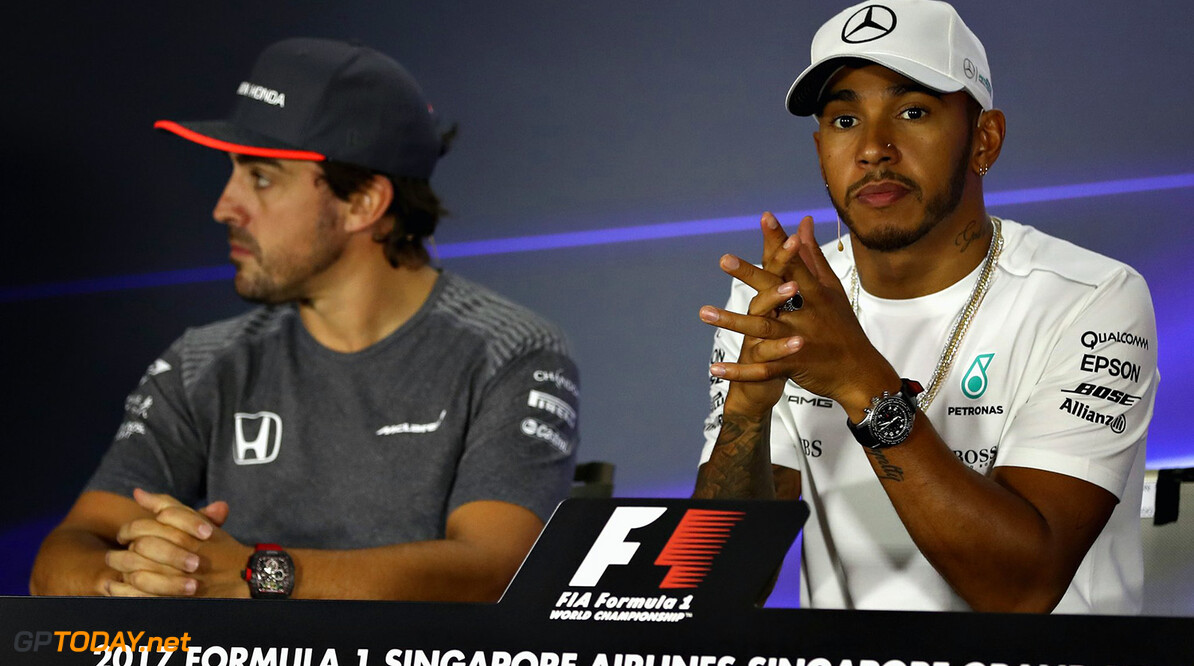 Hamilton hopes McLaren will be competitive in 2018

Four-time world champion Lewis Hamilton admits that he hopes McLaren will return to the front of the field for the 2018 season. When the new season rolls around, McLaren will be running with Renault power, having separated from Honda.

McLaren's three-year partnership with Honda was a turbulent affair, with zero podiums coming from the disastrous project. McLaren's highest finish in the constructor's standings over the three years was sixth, which came in 2016.

However, next season the Woking-based squad will run with Renault, who will also provide engines to Red Bull. With Fernando Alonso remaining at the team for a fourth consecutive year, Hamilton wants to fight once with his former teammate.

"I had a great battle with Fernando towards the end of the season in Mexico," Hamilton told GPUpdate.net, referring to the Mexican Grand Prix. "I would love to have more battles with him on a much more level playground, as I think they've had such a difficult time.

"I really hope that next year is a successful year for them and I really hope that we are battling with them as McLaren deserves to be at the front," he continued. "It's a fantastic team with incredible history, I'm incredibly proud of what Ron [Dennis, former McLaren CEO] did with that team.