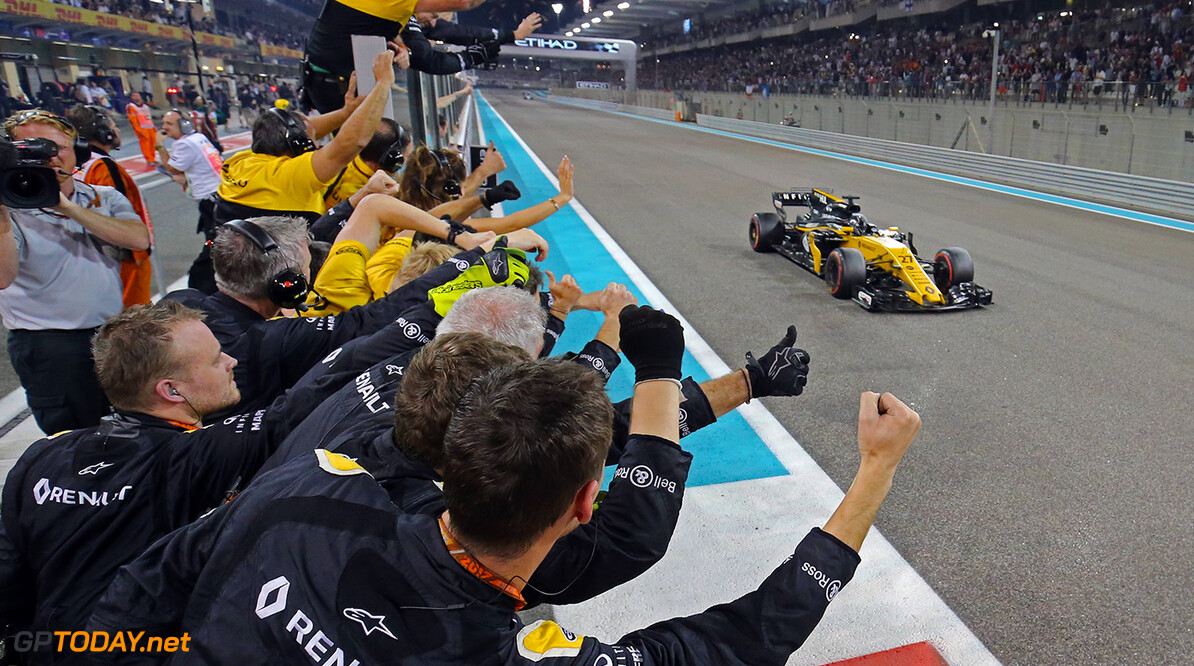 Renault has thrown praise at its driver Nico Hulkenberg after the German driver secured sixth in the constructor's standings for the French team. Hulkenberg put in an impressive qualifying lap on Saturday, setting the seventh fastest time.

At the start of the race, he was passed by Sergio Perez in the Force India but got the position back after running wide at Turn 13. He was handed a 5-second stop/go penalty for gaining an off-track advantage but managed to build up a lead so he didn't lose any positions when he served the penalty at his pitstop.

He crossed the line in sixth place after Daniel Ricciardo retired from the race with a hydraulics issue. Despite Hulkenberg's teammate Carlos Sainz also retiring from the race, sixth was enough to ensure Renault overtook Toro Rosso in the standings.

"Mission accomplished. We came here with one clear objective - and I'm so proud we got it,"  managing director Cyril Abiteboul said. "It's a milestone for the team and an achievement that goes beyond the on-track result. It's a motivation for everyone – for every team member and a fantastic reward that will count far more through the winter than any financial considerations.

"At the start of the year we set out to finish fifth, which was very ambitious, but ambition is good – you have to set high targets," he continued. "This season we've not made it easy for ourselves and the last three weekends have been a microcosm of this rollercoaster of a year.

"Sixth was the revised goal and I'm so proud we got it. Nico has been amazing - amazing all year long. He's shown that on so many occasions. Today every lap he's driven absolutely perfectly - and also so smart so clever. It's a great result for the team," Abiteboul concluded.