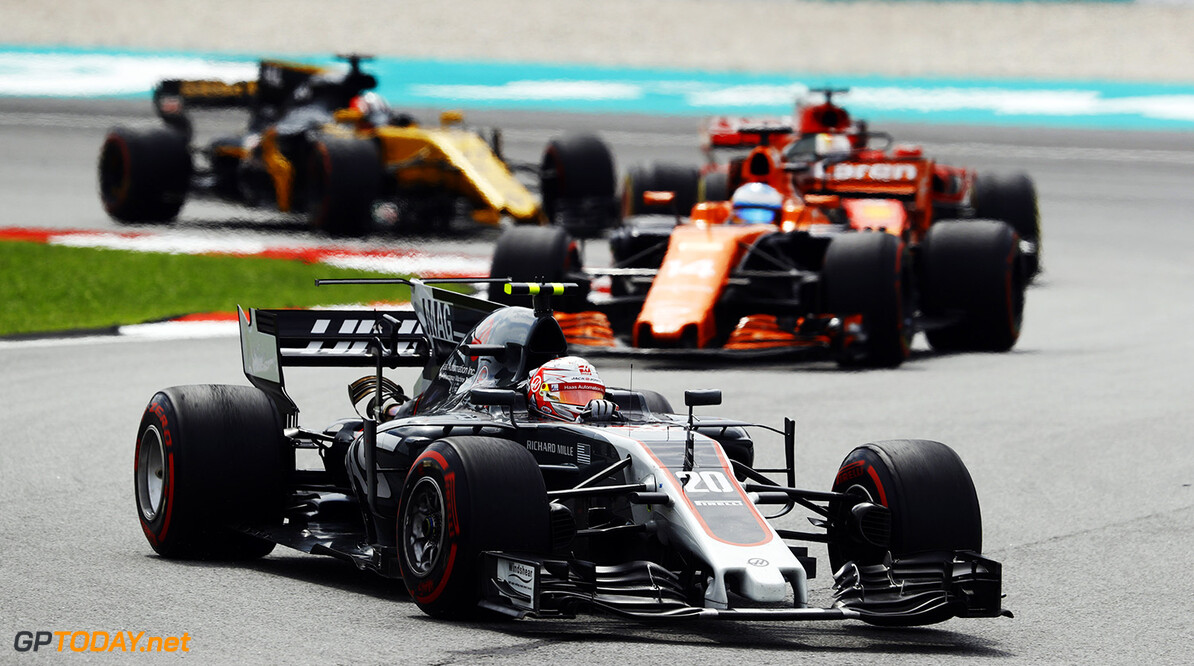 And Fernando Alonso agreed after Sunday's Malaysian grand prix: "Hulkenberg was right." Alonso called Magnussen an "idiot" after their wheel-to-wheel clash at Sepang. "More or less the drivers agree. It's 19-1 (against Magnussen)," the McLaren-Honda driver added.

But Magnussen's Haas team boss Gunther Steiner has hit back, defending his driver on the basis that fans want to see a hard wheel-to-wheel battle. "Alonso is a very charismatic and skilled driver," he told Ekstra Bladet newspaper. "And if someone confronts him, then that's how he reacts. I think both of them pushed it to the limit, which is what people want to see," Steiner added.

He said Magnussen is right to be pushing hard on the track, tipping him to eventually emerge from his reputation as the 'bad boy' of F1. "You have to go through tough periods and earn respect," said Steiner.

"If you always move out of the way, people think they can walk over you. So you have your battles as long as you don't overdo them or become a bully. So even if he gets a little of a bad reputation now, it can turn around later," he added. (GMM)