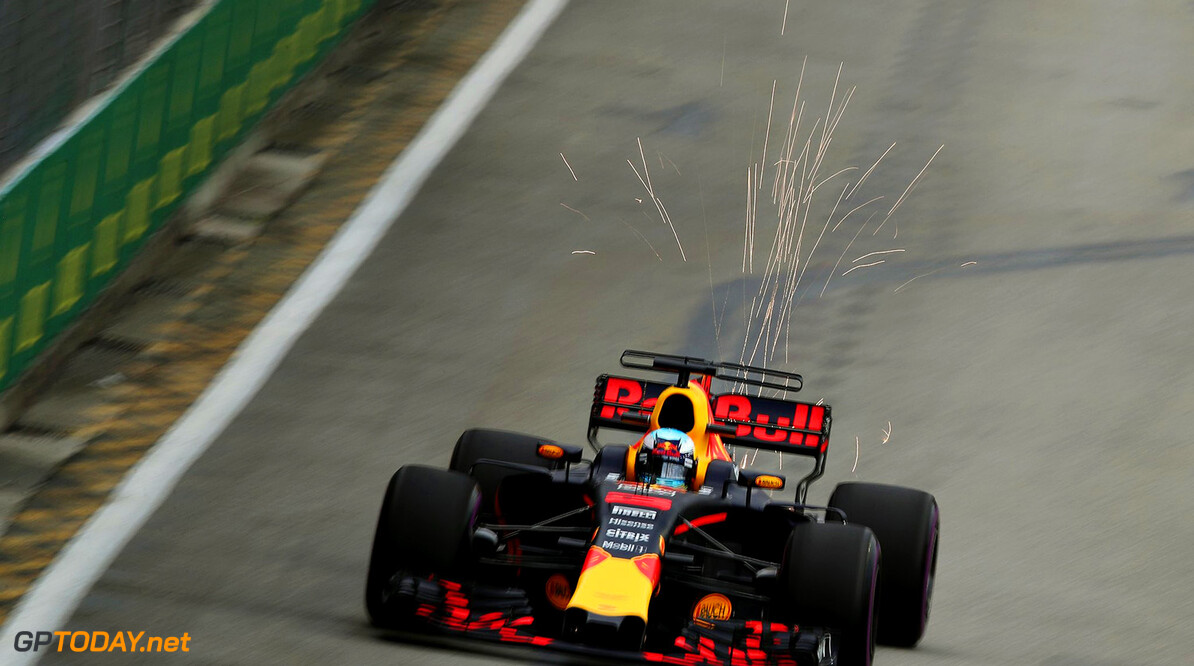 Daniel Ricciardo set the pace in FP1 at the Marina Bay circuit as the top three teams in F1, Mercedes, Red Bull, and Ferrari look the closest they have been in performance since the last race before the summer break in Hungary. The circuit has very similar characteristics to that of the Hungaroring and is set to suit the likes of Ferrari and Red Bull more than the Mercedes, who have dominated in the two power tracks of Spa and especially Monza in the last two races.

The Red Bulls especially were swapping quickest times throughout the session as the track rubbered in and dried out after a shower before the session with Daniel Ricciardo now holding the outright lap record around the newer version of the circuit, which was slightly revised for the 2015 race. Verstappen also had a decent session only a small margin off of his teammate in third position, with Vettel the filling in a Red Bull sandwich, who really needs to win this weekend to maintain his championship aspirations.

Lewis Hamilton was in fourth position and has been expecting to struggle this weekend due to the past form of this season showing that on tight and twisty high downforce tracks such as Monaco and Hungary not suiting his Mercedes car and the track one of Mercedes' trickier tracks in its last three dominant years, with teammate Bottas in sixth although not as far off the pace as one may expect.

Sergio Perez had a good turn of pace at a track where he has struggled at in recent years putting his Force India in fifth place ahead of both Bottas's Mercedes and Raikkonen's Ferrari, who in seventh seemed to not set much of a representative lap time as he was over a second off of his teammate.

Fernando Alonso was an impressive seventh although he did not seem especially impressed with this, claiming he should be P1 if they had a capable engine in his eyes, although the pace that McLaren have shown in 7th and 11th should be good enough to see them best of the rest this weekend on a track that will hide their power deficit ahead of their presumed annoucement of the new McLaren Renault wedding

Nico Hulkenberg and Daniil Kvyat rounded out the top ten who will both be hoping to take points for their team on a track where both teams slight power deficit to the likes of Force India and Williams should be less obvious and the better chassis' of the Renault and Toro Rosso should shine through in the ever intense battle for fifth place in the constructors championship.

Jolyon Palmer and Esteban Ocon were both some way off of their teammates in 12th and 13th with Jolyon Palmer again under pressure to perform in Singapore where he is again facing questions about his future with the imminent merry go round of engines seemingly going to effect his driving position, with some saying he will be replaced by Carlos Sainz  for Singapore.

The Williams again seemed to be some way off of the pace on a street circuit, with Felipe Massa and Lance Stroll seemingly some way off the pace of the teams around them in the constructors apart from Haas cars and only managed to put their cars in 14th and 17th position respectively, with Stroll annoyingly having his running cut short by around 45 minutes with a gearbox issue on a track where he is making his debut which could now put him on the back foot for the weekend.

Haas seemed to be some way off the pace in practice once again putting their cars 15th and 16th, with Giovinazzi getting quite close to Grosjean on his first Friday practice run since Hungary, and without crashing this time can be considered to be quite a job well done for the highly rated Italian.

Toro Rosso sent out Sean Gelael for his first of what should be a run of four Friday practice sessions, but somewhat underwhelmed by ending the session in only 18th place and a massive 3.35 seconds away from Daniil Kvyat's pace. Rounding out the session were the Sauber's once again who are seemingly rooted to the bottom of the time charts. 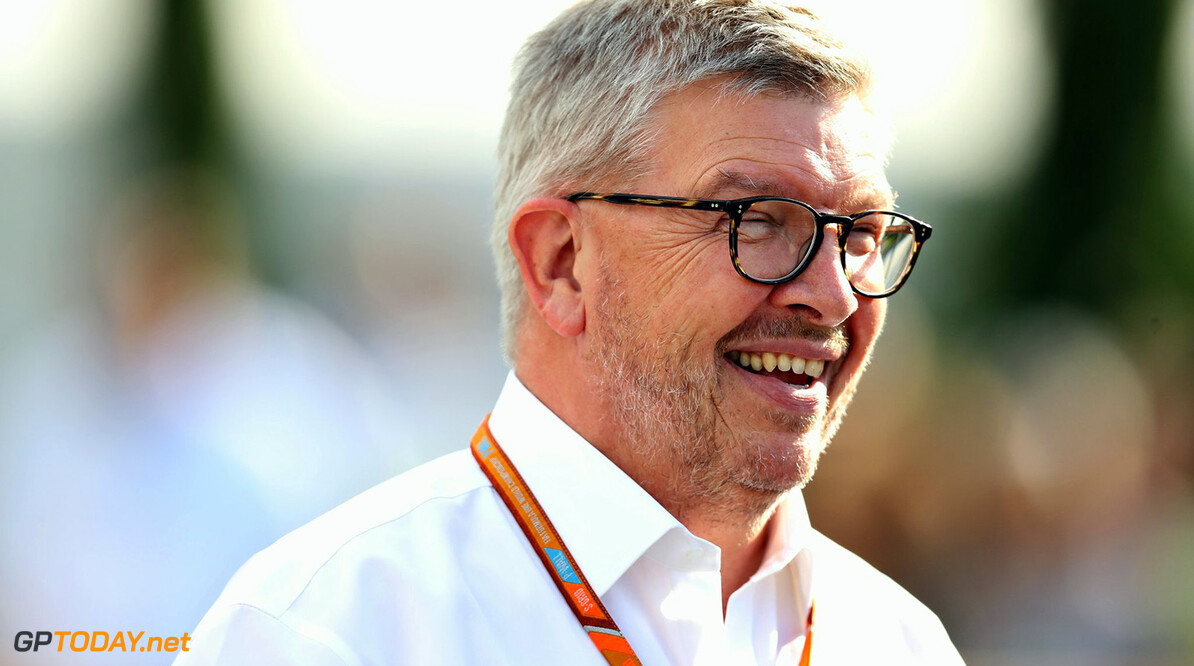 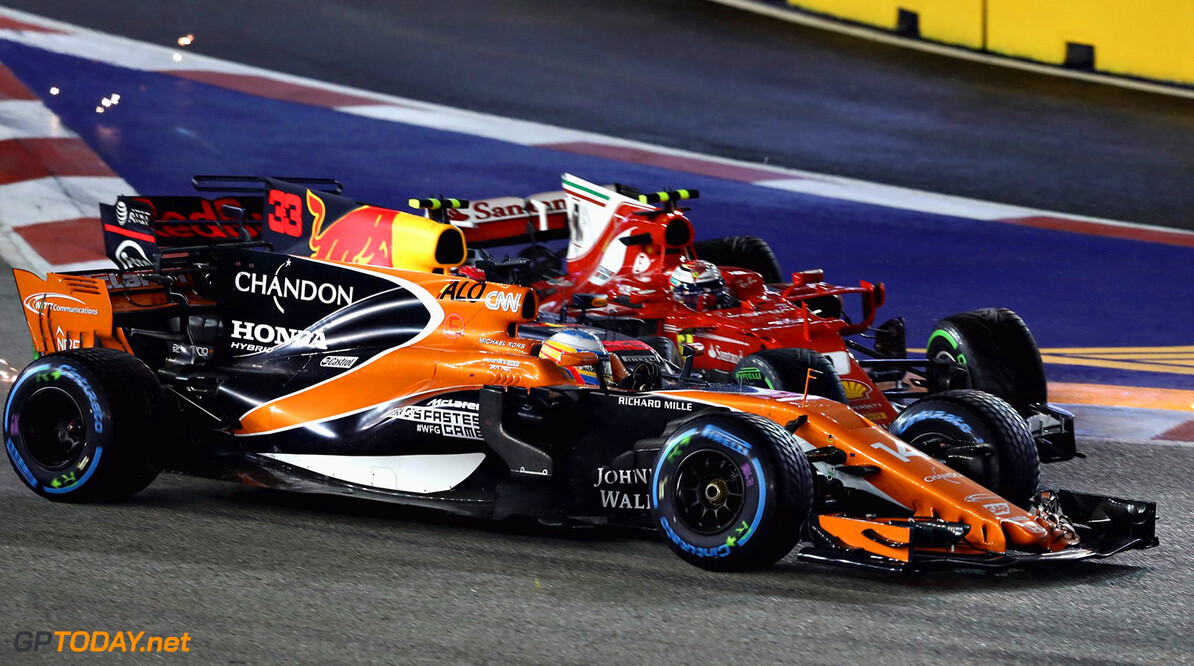 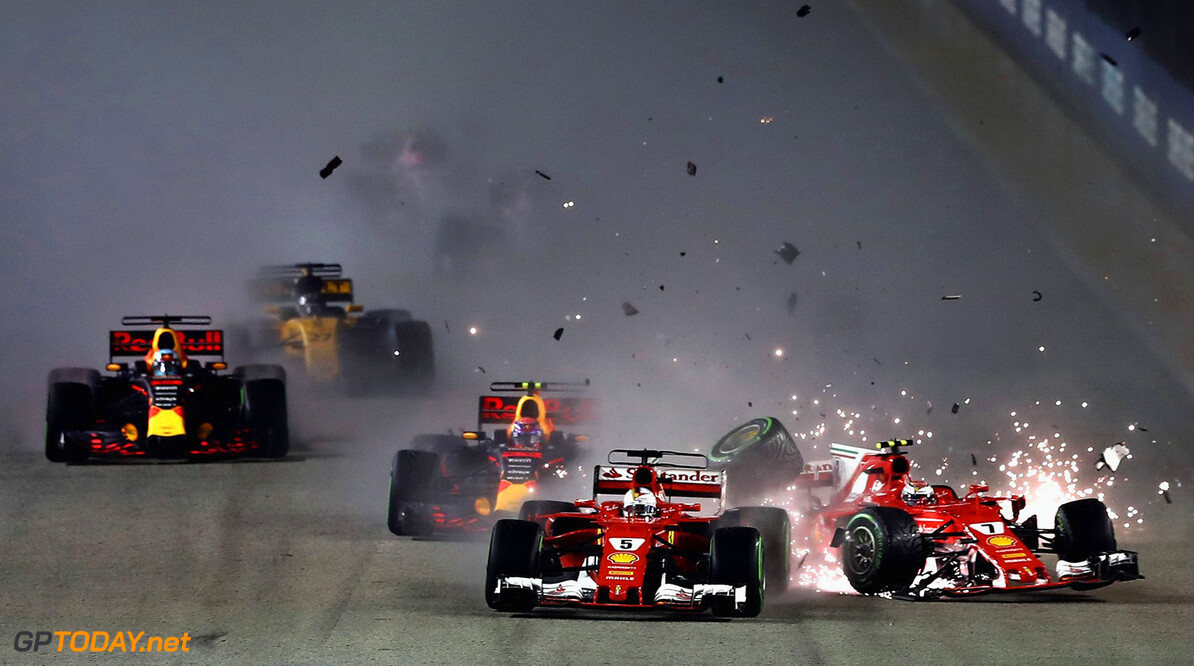 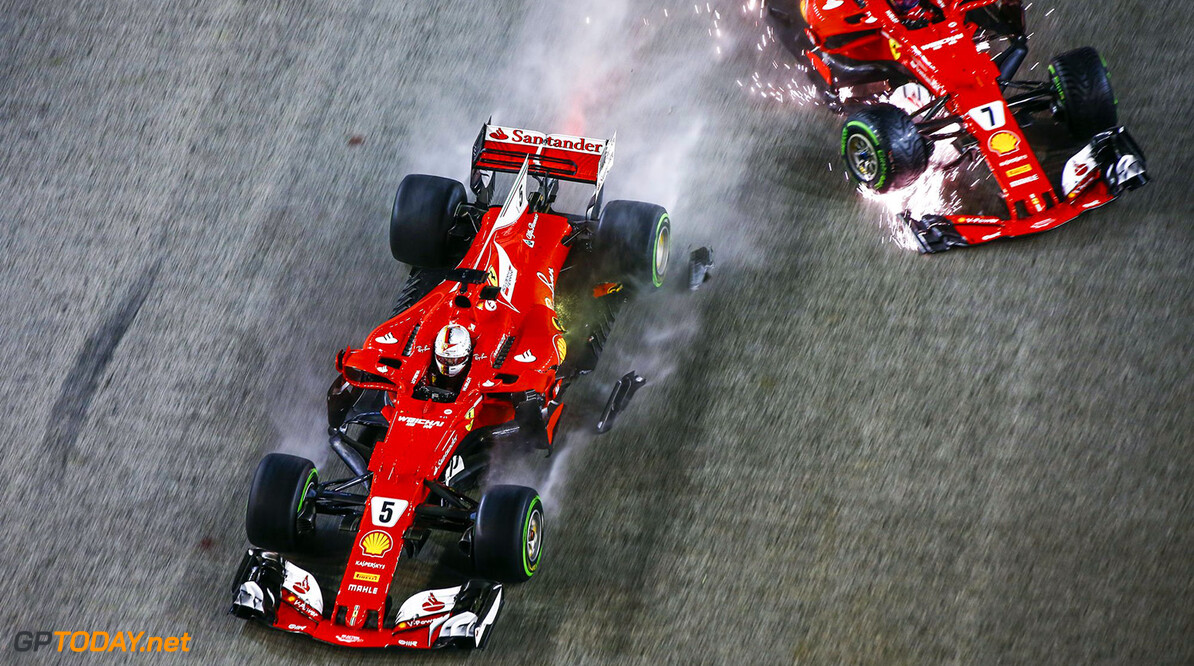 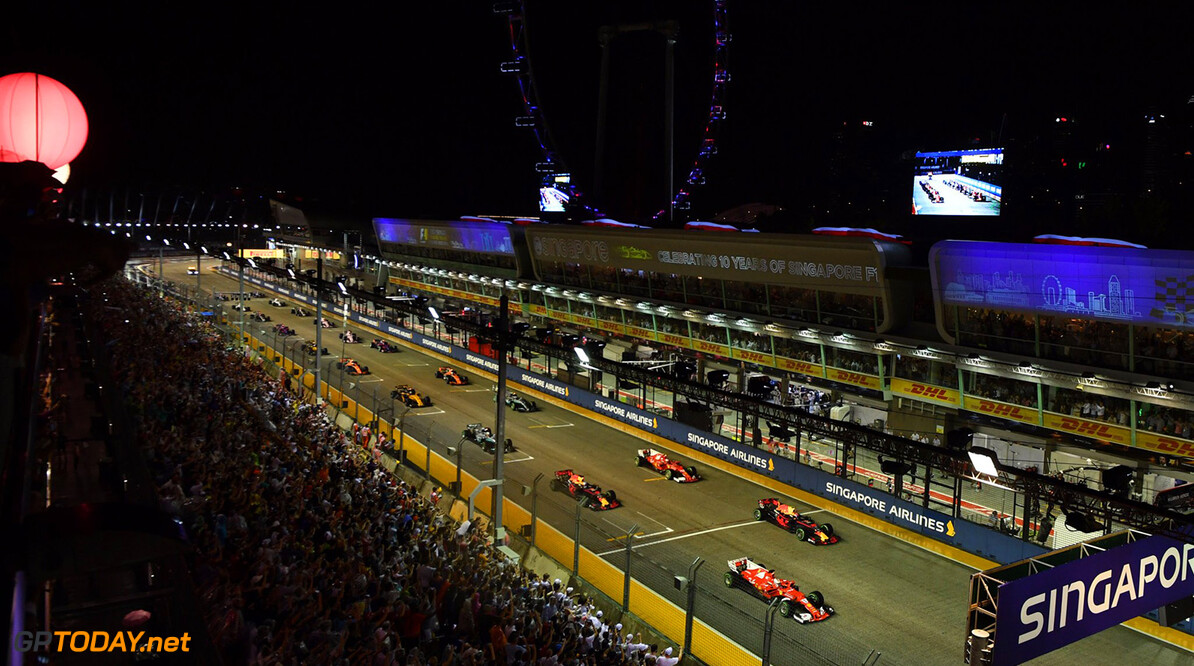 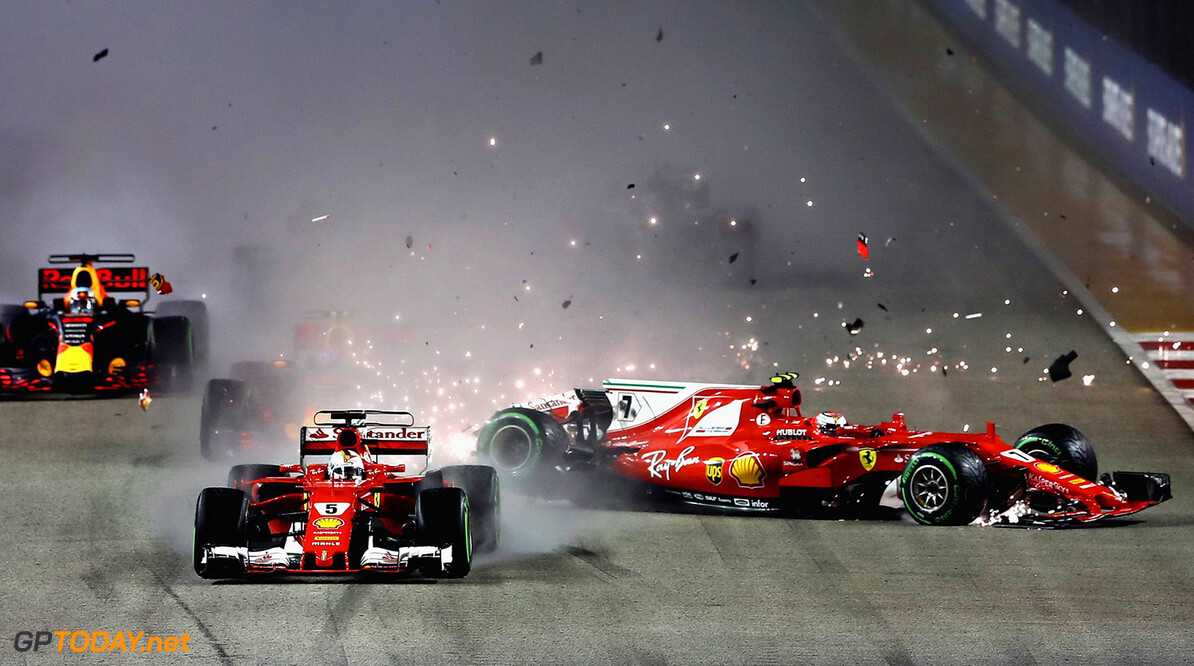 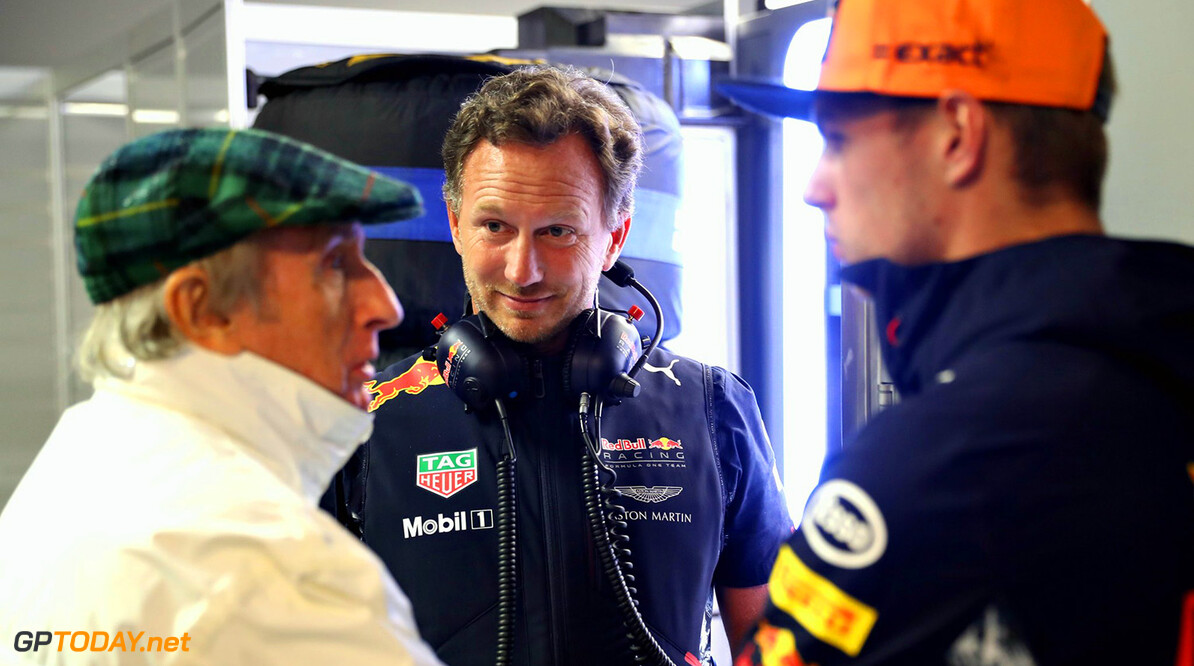 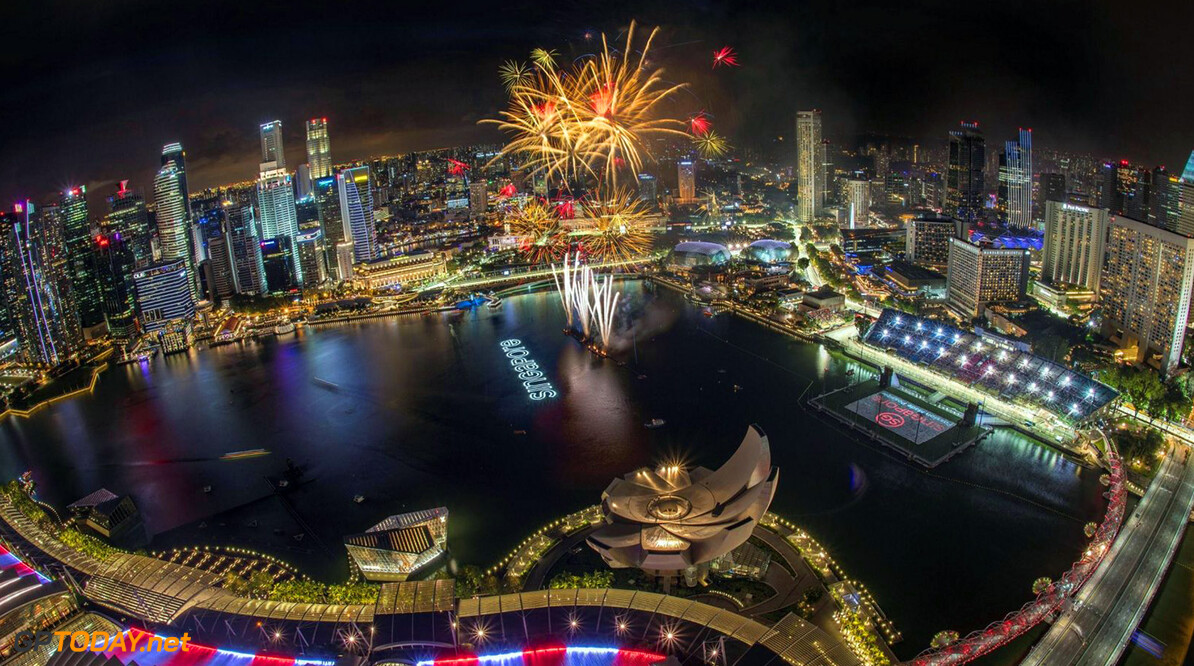 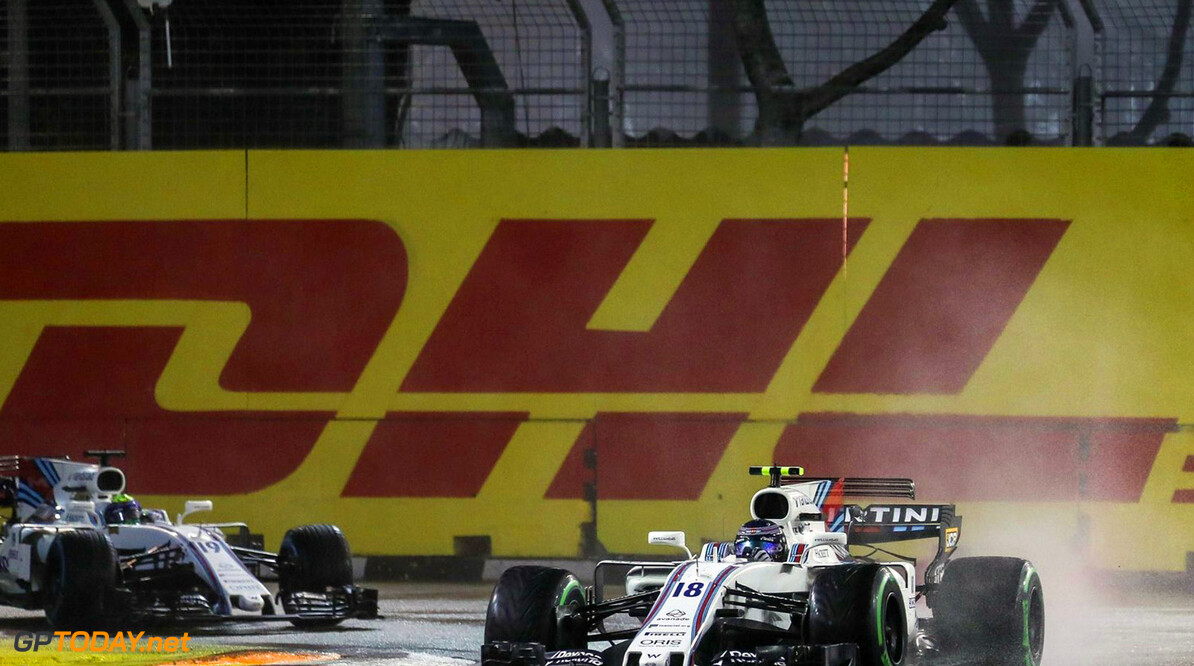