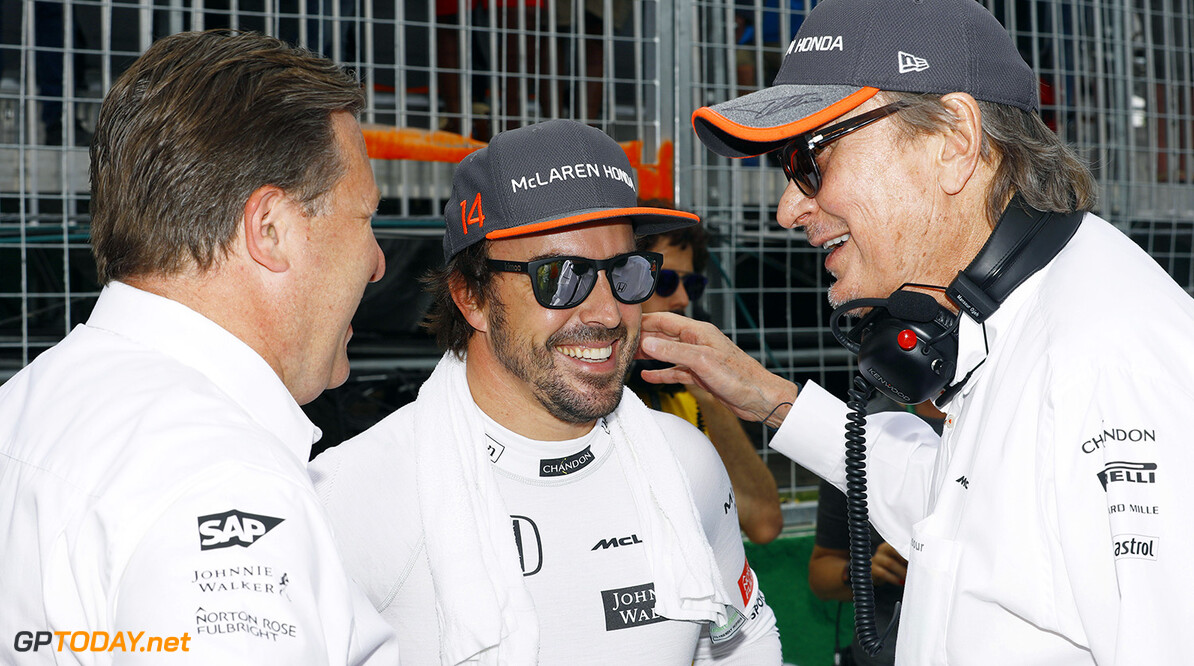 'Alonso targeting Mercedes or Ferrari for 2018'

Flavio Briatore has stated that Fernando Alonso is targeting a move to either Mercedes or Ferrari for 2018, as the Spaniard looks to get back behind the wheel of a championship winning car. Alonso has been left frustrated by the lack of competition over the past three years, as McLaren has struggled with engine partner Honda.

Alonso has been very vocal about his displeasure with Honda, and Briatore, who is part of Alonso's management team, says that he will do all that he can to make sure his man can compete at the front of the field next season: "Fernando must go to Mercedes or Ferrari," the Italian told Auto Motor und Sport.  "Renault is still a good distance from being a top team."

Comparing Alonso's situation to football, Briatore said that choosing the right team in Formula 1 is much more difficult as the availability and opportunity to drive at a top team is so narrow: "There are ten attractive clubs in Europe," he said. "Messi would have a much wider choice. In Formula 1 you can only win with three teams."

Briatore also didn't hold back when pinning the blame on an individual:  "This is Ron Dennis' fault," he insisted. "He instigated the problem at McLaren in 2007, and Mercedes had nothing to do with it at the time."

Many view a return to Ferrari unlikely, due to the unsavoury terms that Alonso left the team in 2014. Mercedes are also reportedly unwilling to sign Alonso because of the Spygate scandal in 2007.

"For every expert and fan, it is bitter to see a driver like Fernando fighting with dull weapons," Gerhard Berger said. "On the other hand, Alonso left a lot of scorched earth behind him at Mercedes and Ferrari and has to take it on the chin if it doesn't work out," he added.