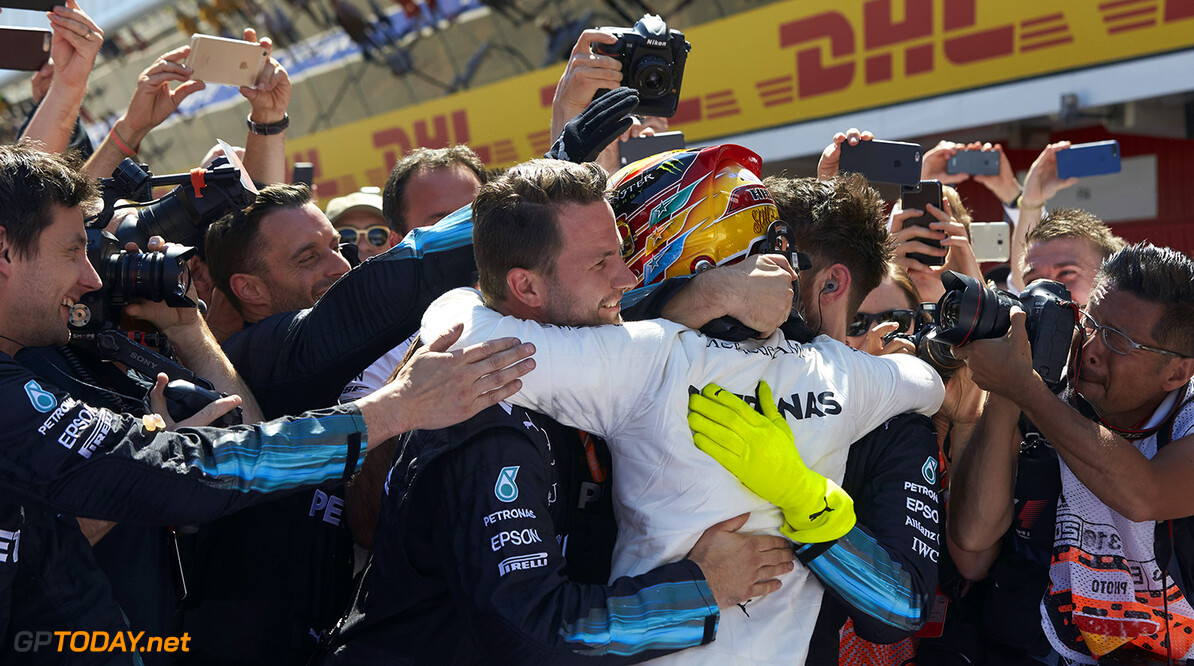 Lewis Hamilton has hailed his qualifying lap as a "sexy lap" as the Brit claimed his 65th career pole position. The three-time world champion out-paced his championship rival Sebastian Vettel by three-tenths of a second around the Circuit Gilles Villeneuve.

"Montreal has been good for me over the years,” said Hamilton. "It was a close battle with Ferraris, they were so quick, have been quick all year, I was gunning, was pushing, got great support and wanted to give them a great lap, luckily I got it.

"It was a sexy lap! It was a great lap, I can’t believe it came together so well. The first sector was fantastic, managed to be just a little bit up. The team did a fantastic job to learn from our mistakes in the last race and really build up to this race, so I owe it all to them."

Hamilton now moves joint second on the all-time list of career pole positions and is just three away from matching the record holder Michael Schumacher. After the session, Hamilton was presented with Ayrton Senna's 1987 Lotus helmet, as Hamilton has throughout his career spoke about how much he is inspired by the late Brazilian.

"I’m shaking… I’m speechless," he said upon receiving the helmet. "He was the one that inspired me to be where I am today, so to match him and receive this [helmet] is the greatest honour, so a big, big thank you to the Senna family."