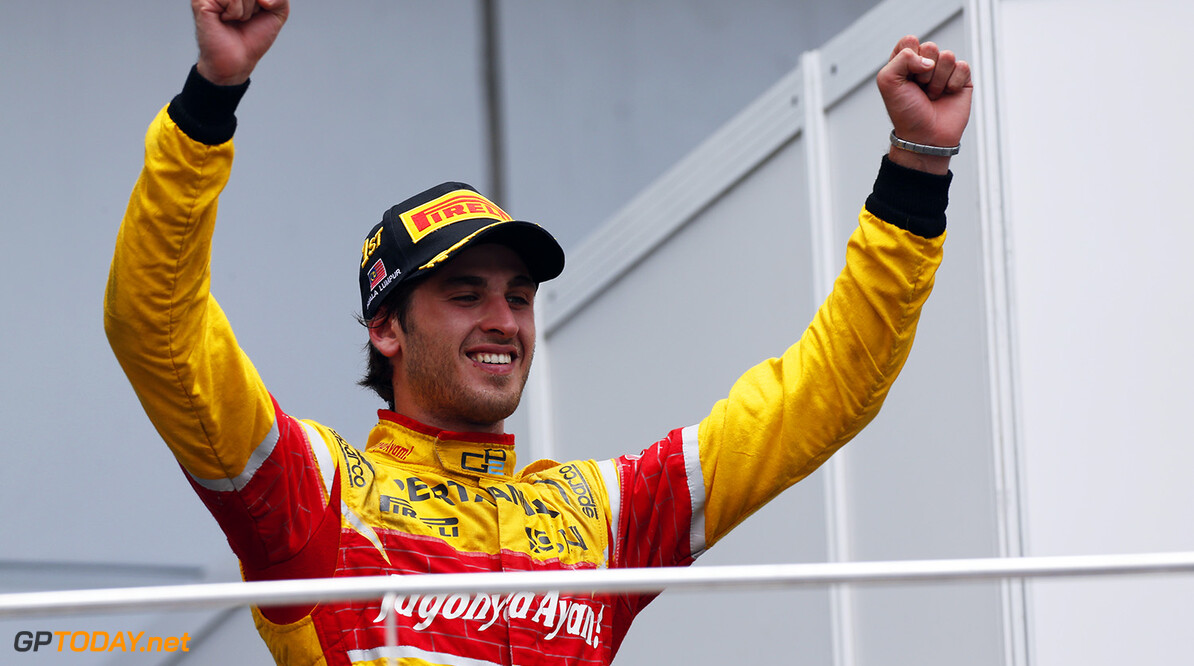 Ferrari has signed the GP2 runner-up to be its official reserve next year, relegating Jean-Eric Vergne to a test driver role, and seemingly ruling out a return to the team for Esteban Gutierrez who held the same position in 2015.

However, unlike his immediate predecessors, Giovinazzi is set to get some seat time during Grand Prix weekends.

"We are talking to our (engine) customers so that Antonio can drive on several Fridays," Ferrari team principal Maurizo Arrivabene said.

"I think it will only be real when I really put on the red suit and sit for the first time in the car."

Despite not beibg introduced to Ferrari's race drivers yet, Giovinazzi is excited by the prospect of working alongside Sebastian Vettel and Kimi Raikkonen.

"I have not met them, but working next to two world champions will be a fantastic experience," said Giovinazzi.

"Next year will mainly be about gaining experience, paying attention to every detail and growing as a driver."

La Gazzetta suggested that Sauber is most likely to be the team that will give Giovinazzi practice outings.