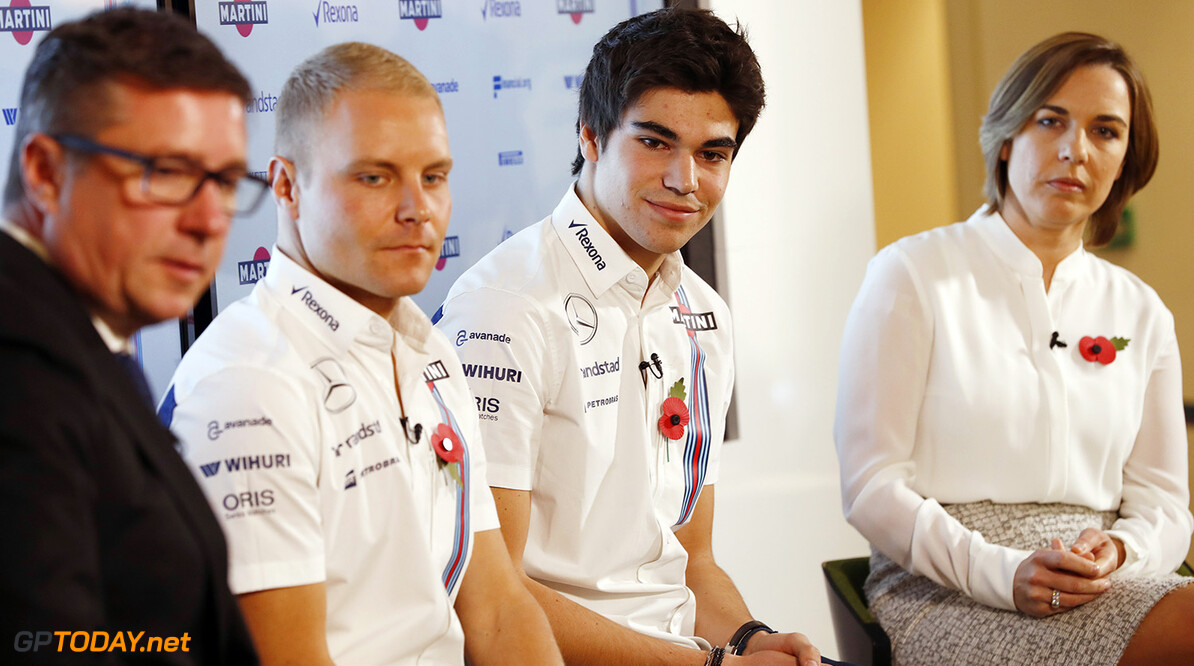 Valtteri Bottas has admitted that Lance Stroll will bring a financial boost to the Williams team.

The Finnish broadcaster MTV reports that along the 18-year-old Stroll will bring backing in the region of €30 million.

"Of course it will definitely help the team financially," Bottas admitted. "That's a positive for us, because we have always been a bit on the back foot with the budget compared to many other teams."

But Bottas was also quick to recognise the Canadian's talent.

"He has done well in previous categories and is certainly a talented guy," he said.
2017 will mark the first time in Bottas' career that he has had a less-experienced team mate alongside him, a prospect he is relishing.

"I really feel ready to take on a bigger role and give direction to the development of the car," Bottas said.

"I'm also ready for someone else to learn something from me," he added.