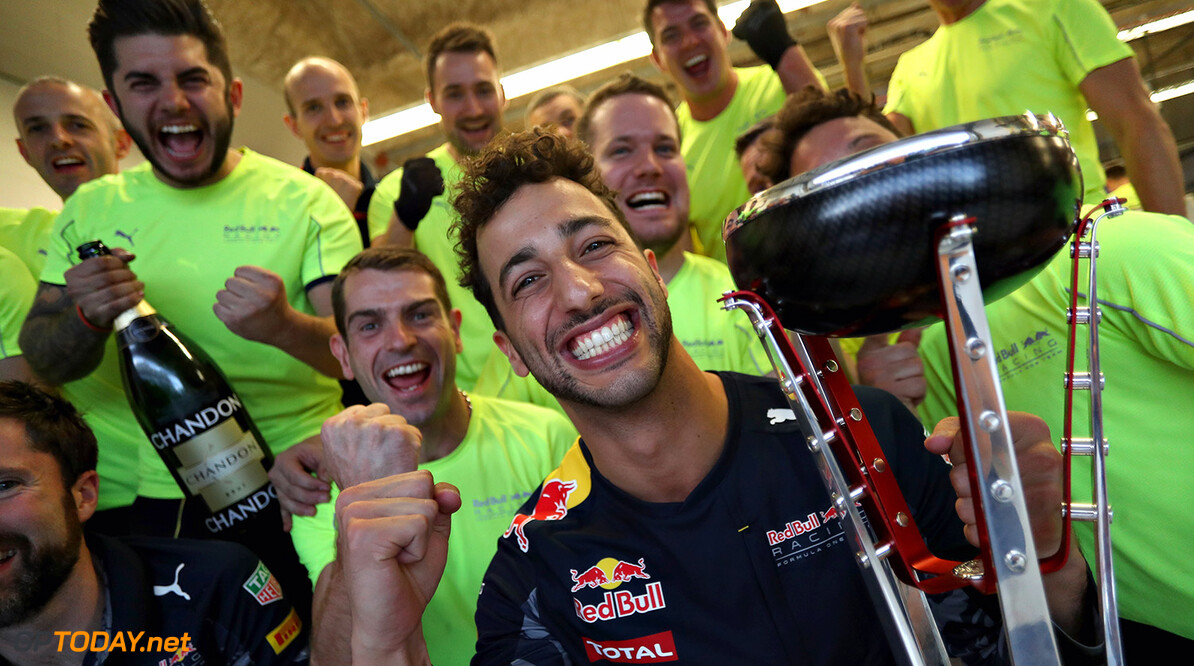 Red Bull team principal Christian Horner has praised Daniel Ricciardo and his partner Max Verstappen, and says that Daniel's performances show that the team are closing in on Mercedes.

Daniel Ricciardo secured third in the drivers standings last weekend in a situation where three drivers claimed third at some point.

Ricciardo eventually claimed the spot and took his eight podium of the season.

“It's great news that Daniel's wrapped up third, we've extended our lead in the constructors' by nine points so I believe we're now 62 points ahead,” Horner said. “Daniel's had an excellent season, the combination of him and Max have been driving brilliantly well so we're looking forward to the final two races."

“It's really encouraging to see that we're getting closer and closer to Mercedes. For Max to be able to have a go at Nico in Mexico, having tailed him all the way through the race, is really good news."

Red Bull are rumoured to have a very exciting package for 2017 with the aerodynamic overhaul expected to play right into their hands,

“We're chipping away, chipping away and you're not seeing the margins that Mercedes had in previous years, which bodes well not just for this year but I think for a more competitive Formula One in 2017.”