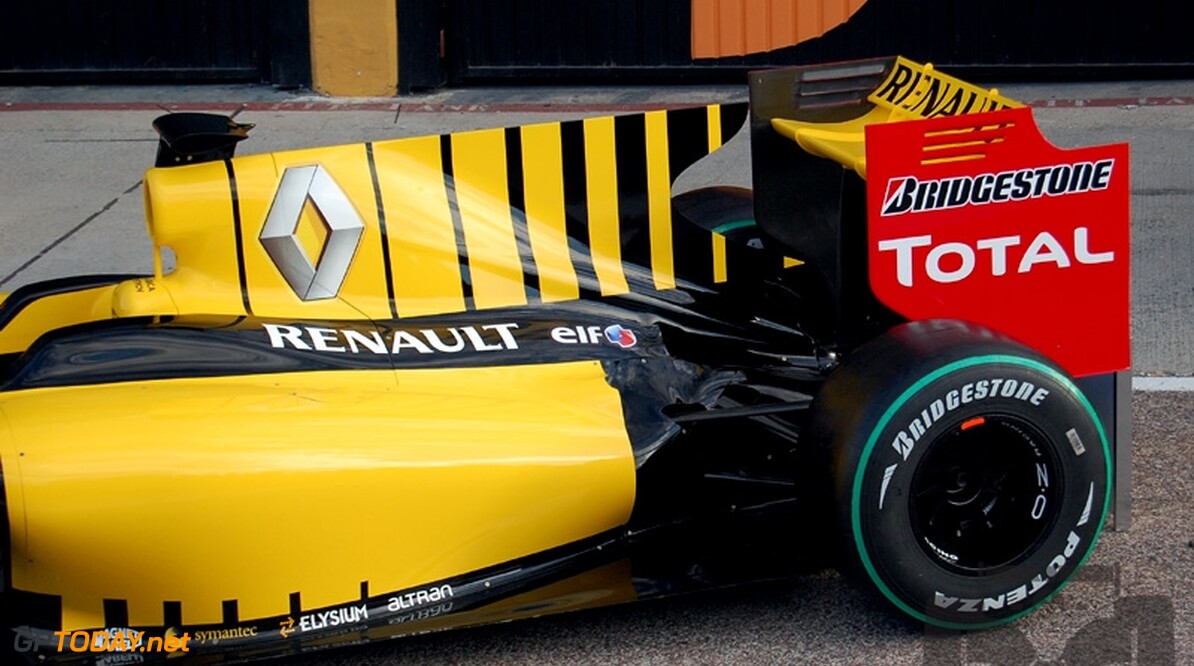 Renault looks set to field a yellow and black livery in 2016 as the French carmaker takes over and rebrands the team formerly known as Lotus. Leaked photos of the latest edition of the British magazine F1 Racing depict last year's once black and gold E23 now in a yellow livery reminiscent of the one raced by Robert Kubica back in 2010.

But it features Pastor Maldonado's race number 13 and the branding of his sponsor PDVSA, with the article also quoting track chief Alan Permane as predicting a "tricky" season for the new works team. "It is no secret that the 2016 car is a car designed initially for a Mercedes engine that will now have a Renault in it," he said. The article said Renault plans to eventually return to the top step of the podium with an audacious EUR 300 million per year budget.

But Permane warned: "We know 2016 is going to be a tricky year -- a transition year if you like." Germany's Auto Motor und Sport said on Monday that Renault plans to reveal more about its 2016 plans, including the full management team, on February 3. (GMM)