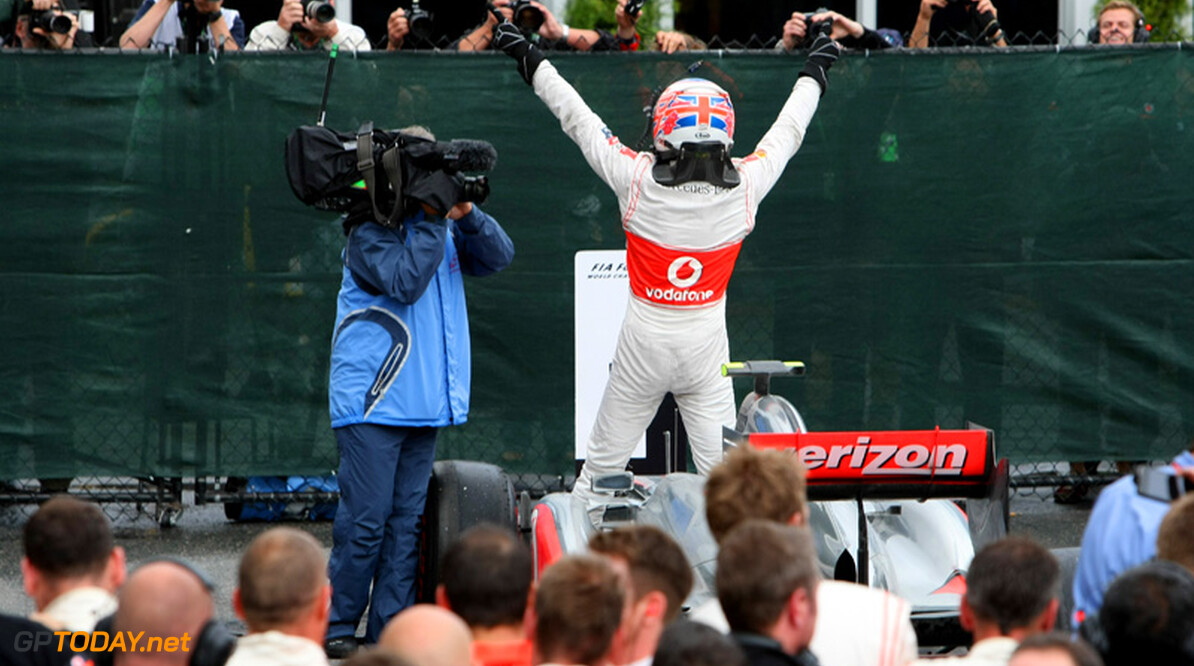 With this weekend marking the 34th running of the Canadian Grand Prix around the Circuit Gilles Villeneuve, F1Today concludes its look back at some of the most memorable races around the track. Lastly, we look at the 2011 event - a race which would be the longest in F1's history.

Red Bull's Sebastian Vettel had a healthy advantage in the Drivers' Championship as the teams arrived in Montreal; he had won five of the previous six Grands Prix and led with 143 points. Lewis Hamilton - who had defeated Vettel to win in China - was second for McLaren on 85 points, with Vettel's team-mate Mark Webber a further seven points back in third. Jenson Button was in fourth on 76 points and still chasing his first win of 2011, whilst Ferrari's Fernando Alonso rounded out the top five with 69 points to his name.

Qualifying saw Vettel stamp his authority over the rest of the field once again as he took pole position for the sixth time in seven races. Alonso would start alongside him in second, with his Ferrari team-mate Felipe Massa in third; this gave the Scuderia a season-best qualifying performance. Webber was four-tenths of a second behind Vettel in fourth, with Hamilton and Button trailing their rivals in fifth and seventh respectively.

Race day saw consistent rain that made the track incredibly treacherous as the start time approached. Heavier downpours were forecast for an hour into the race, but the existing conditions were bad enough to lead to a Safety Car start, for which the entire field was on the full-wet Pirelli tyre. Toro Rosso's Jaime Alguersuari elected to sacrifice his grid slot in favour of a pit lane start, so that he could set his car up perfectly for the wet weather.

Five slow laps took place behind the Safety Car before it peeled off and the race got fully underway. Vettel kept his lead from pole as the cars got up to speed, with Alonso retaining second, but there was already drama behind as Hamilton and Webber tangled at the first turn; although both drivers survived, they dropped down the order to seventh and fourteenth. The first gains of the race came a little further back, as Paul di Resta, Nick Heidfeld and Kamui Kobayashi advanced from their grid positions.

Vettel was able to build more of a lead on the next lap, but a struggling Hamilton had fallen to sixth and behind his team-mate Button by this point. His predicament would lead to retirement shortly afterwards when the two McLarens collided in the spray on the pit straight, causing Hamilton to hit the wall and break his suspension.

He parked up and clambered out of his cockpit as the Safety Car made another appearance, its second of six in total. McLaren would suffer another setback at the restart on lap 13, when Button - now equipped with intermediate tyres - was handed a drive-through penalty for speeding behind the Safety Car. This pushed him back to 15th, and luck would desert him again a few laps later when a rain storm arrived, forcing those who had shed the full wet tyres - including Alonso, Michael Schumacher and Nico Rosberg - to switch back to them and compromise their races further.

This put the Brit eleventh as the Safety Car was once again deployed on lap 20, the rain having intensified even more. Vettel relinquished his lead at this point as he pitted for fresh wets, his team-mate Webber and the Ferrari of Massa following him in. They rejoined the circuit for another six slow laps before the race was red-flagged due to the severity of the conditions.

When it finally resumed two hours later, the drivers retained the positions they had held at the time of the red flag - the Safety Car led Vettel away, and he had Kobayashi, Massa, Heidfeld, Vitaly Petrov and di Resta immediately behind him. The field got up to racing speed again seven laps later, by which time the track had once again dried enough for intermediate tyres. Several cars took the opportunity to pit immediately, but Vettel and Narain Karthikeyan waited longer than the rest of the field; the German had extended his lead even further, and was in no hurry to lose it again.

Among the drivers who did dive into the pits was Button; he changed his rubber on lap 37 and found himself challenging Alonso for tenth as he emerged onto the track. As the two men approached Turn 3, the Briton tagged the rear of the Ferrari, and Alonso found himself facing the wrong way and out of the race, as he was stranded on a kerb.

The end of the next Safety Car period saw Vettel, Kobayashi and Massa retain the top three positions as Heidfeld, di Resta, Webber and Schumacher battled it out for fourth. Button was last thanks to a puncture due to his collision with Alonso, but was able to progress quickly and was fourteenth by lap 44.

DRS was enabled two laps later, at which point Button stormed into the top ten following passes on Pastor Maldonado and Alguersuari. Webber became the first driver to switch to slicks, and more of his rivals followed his lead as Schumacher overtook Kobayashi and Massa to take second; the Brazilian passed Kobayashi for third shortly thereafter, although a subsequent incident forced him to pit for a new front wing.

Lap 56 saw a scary moment for Heidfeld when his own damaged wing became lodged underneath his car, leaving him without steering and sliding down the Turn 3 escape road. He was out, as was the Safety Car yet again, and it remained so until lap 61. With under ten laps of the race remaining, Schumacher and Webber were fighting closely for second place, with the Red Bull on the gearbox of the Silver Arrow.

Webber went for an overtake three laps later but cut across the chicane and had to give up the move. A second attempt also went awry, and this allowed Button through to second. He was closing on Vettel with just a few laps remaining and had a legitimate shot at the win - his speed was confirmed when he set the race's fastest lap with just two to go.

Late drama gave Button an unbelievable victory when Vettel ran wide on a damp patch with just a few corners left - the German managed to hold on to second spot. Webber was third, denying Schumacher his first podium since his 2010 comeback as the Mercedes came home fourth. Petrov took fifth, ahead of Massa, Kobayashi, Alguersuari, Rubens Barrichello and Sebastien Buemi, who claimed the final point.