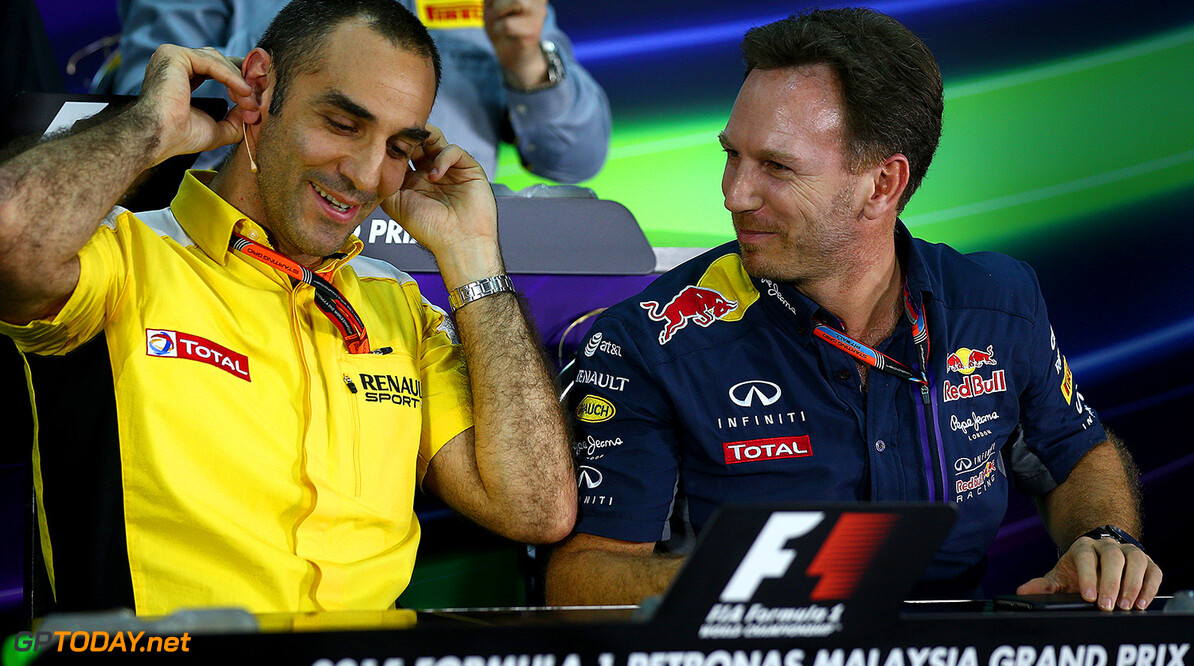 Renault's decision to return to full works status in 2016 by buying Lotus is now imminent. That is the claim of the well-connected French source RMC Sport, reporting that the carmaker's CEO Carlos Ghosn was expected to give the green light shortly after returning from a trip to Japan late on Tuesday.

It ties in with Renault Sport F1 chief Cyril Abiteboul's news as he left Abu Dhabi that an announcement is "very likely" to happen this week, and similar sounds coming out of Red Bull, who intend to stay with Renault power in 2016. It is believed Red Bull's engine will be rebranded as Tag-Heuer or even Nissan, the latter being Renault's Japanese division.

Tasked with conducting intense negotiations with Bernie Ecclestone in Abu Dhabi was Jerome Stoll, Group Renault's marketing chief, and the talks were reportedly successful. A source close to the F1 supremo said Stoll had succeeded in getting "every penny" it wanted from Ecclestone in terms of Ferrari and Mercedes-like bonus income payments.

RMC said those negotiations also involved CVC chief Donald Mackenzie, who was making a rare paddock appearance in Abu Dhabi. Ron Dennis, the McLaren supremo, admitted he had been critical of Mackenzie and his approach to the sport's issues at the latest meeting of the F1 Commission. "They (CVC) make a great deal of money from motor racing and they need to put a bit more back into the sport at critical moments," he told Sky. "And the critical moment is keeping Renault and keeping the Red Bull team supplied with engines."

So with an announcement by Renault now imminent, the RMC report said Frederic Vasseur - currently with the GP2 team ART - will step up with a prominent team management role, to work alongside F1 legend Alain Prost. Abiteboul admitted that 2015 was an unsatisfactory season for Renault in F1.

"Fourth in the championship for Red Bull is no doubt hard to accept and we all share that responsibility," he said. "At the start of the year when we came under fire it would have been easy to lose motivation, but all have kept their heads down and kept development on track. We have not reached the targets we set for ourselves, but I hope this year will be seen as an aberration to our usual good form," Abiteboul added. (GMM)