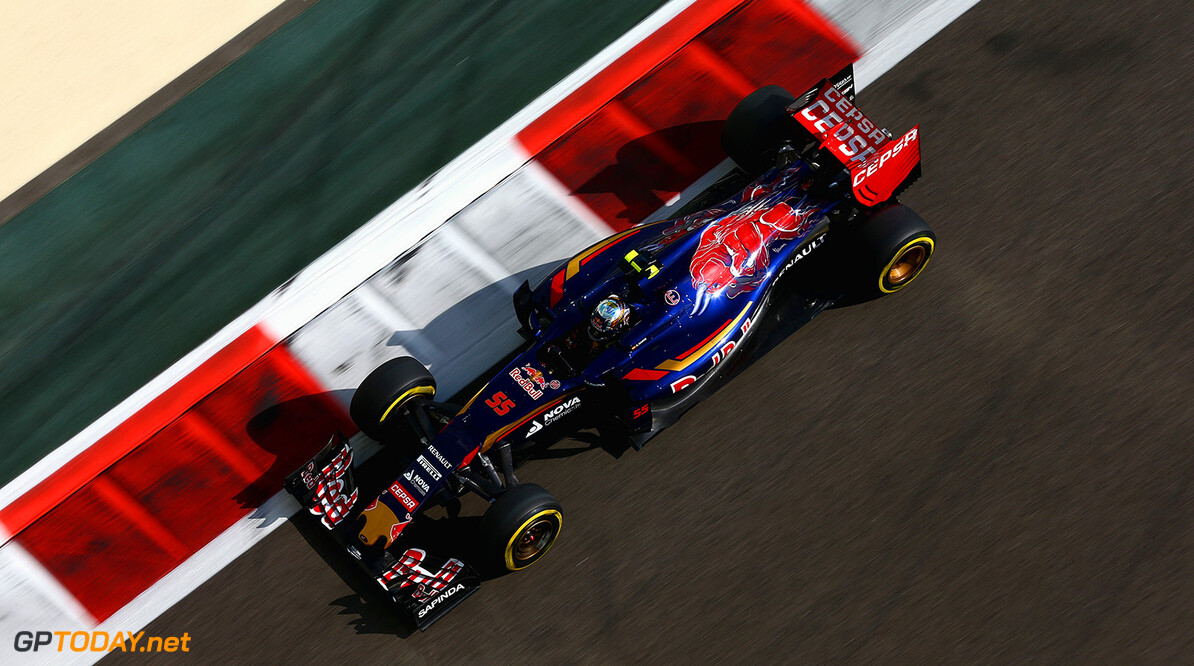 Carlos Sainz says he is looking forward to a better season in 2016. Although overshadowed by his meteoric teammate Max Verstappen, the Spanish rookie has also shone at Toro Rosso, outqualifying the highly-rated Dutchman 10-9.

"I can say that (Red Bull driver manager) Helmut Marko is happy," Sainz smiled after Sunday's Abu Dhabi grand prix. "I think that in many ways he was surprised how we have gone this season and how we were able to compete with Red Bull Racing. This gives me cause for optimism and I am waiting for good news from him," he added.

The 'good news' is surely to be a new Toro Rosso contract for Sainz, but also confirmation that the Faenza based team is switching from Renault to Ferrari power. Sainz may have spoken out of turn about the team's Ferrari plans earlier in Abu Dhabi, but even now he says: "I hope that we will have a more powerful engine in 2016."

"While I cannot mention the name of the supplier, I think we could be considered even more of an Italian team after this," he quipped. When asked about Toro Rosso's engine plans for 2016, Christian Horner said in Abu Dhabi: "I can only speak on behalf of Red Bull Racing. You would have to ask Franz Tost about Toro Rosso." (GMM)