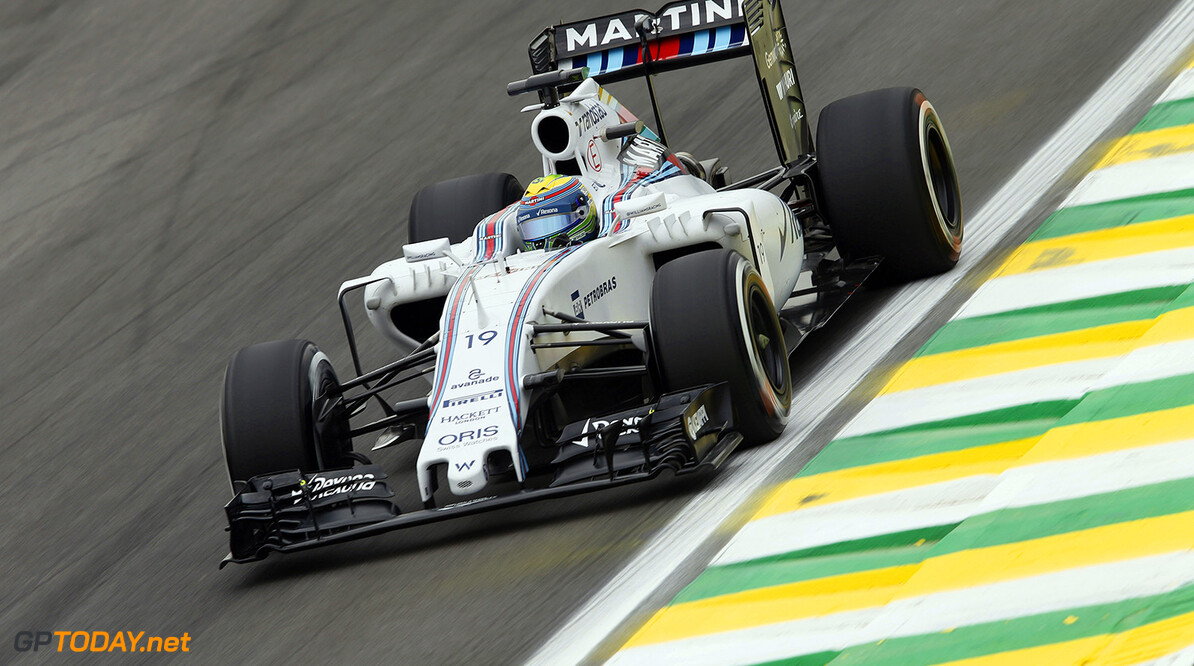 Massa hopes for same engine as Mercedes in 2016

Felipe Massa is hoping Williams will get back on par with its engine supplier Mercedes in 2016. While dominant Mercedes and its customer teams are believed to have enjoyed identical equipment in 2014, Williams, Lotus and Force India fell one specification behind the German carmaker in the middle of this season.

Mercedes argued that its development specification for 2016 was not sufficiently tested for it to be released to customers, and it was also heard that the Brixworth factory was struggling to manufacture enough parts for all four teams. Brazilian Massa hopes that all changes in 2016.

Speaking to Brazil's Globo Esporte about the tail end of Williams' 2015 season, he said: "The positive side is that we have third in the championship and that's very good. I certainly hope to finish the year well, but we are now looking to the last race and thinking 100 per cent for next year," the Williams driver added.

He said the specification of Williams' car will not change for the season finale in Abu Dhabi next weekend. "The team has been thinking about the next (2016) car for a few months now," Massa revealed, "and I hope it will be more competitive than this year and we can keeping fighting in the season."

When asked about next year's car, the Mercedes-powered FW38, he answered: "We have not tested any parts yet, but we have ideas. If we have the same engine (as Mercedes) we can reduce this advantage. We do not have a better car than them, but they have a very good car and an engine that is a bit better than all of the others," Massa added. (GMM)