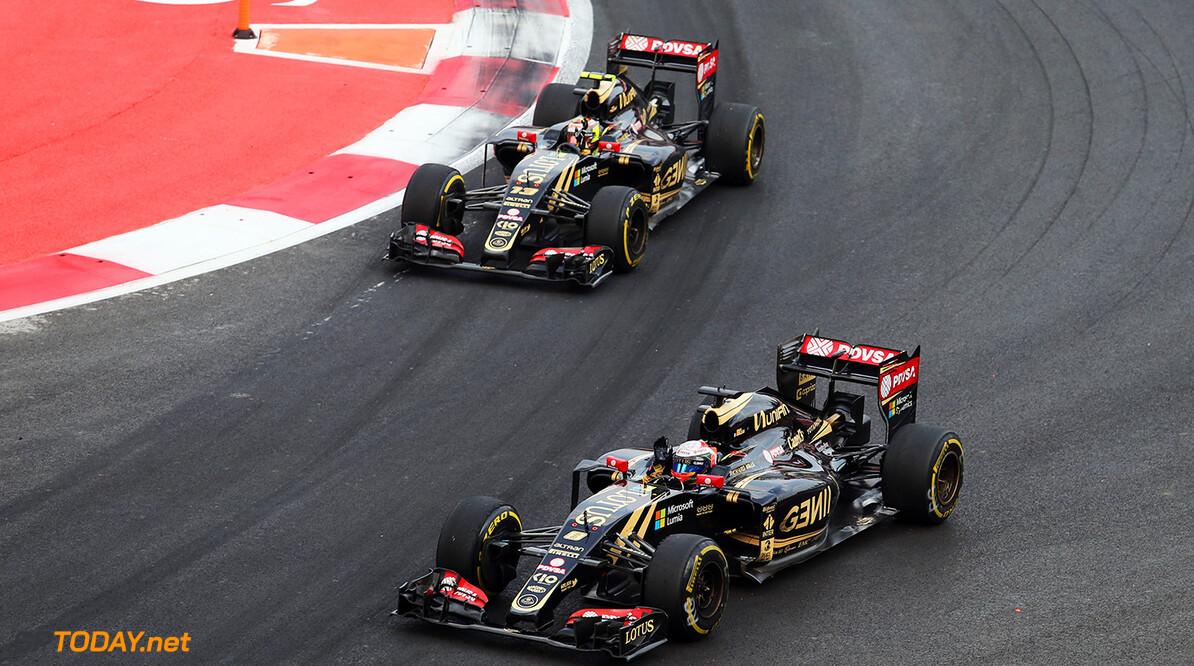 Lotus has admitted it has a back-up plan in the event the expected buyout by Renault falls over. Since the French carmaker announced its intention to buy the Enstone team at the end of September, news about the transaction has gone quiet.

But some reports are now suggesting the deal could be announced in Abu Dhabi later this month, and Lotus CEO Matthew Carter says he is "confident" it will eventually be done. "We know that in business anything can happen and as long as there are no signatures on the documents the deal is not concluded," he told F1's official website. "But confidence is very high."

That, however, is not a guarantee, meaning that if the Renault deal does fall over, Lotus would have to revert to a 'plan B' involving staying with Mercedes power in 2016. "We have two options for an engine next year," Carter confirmed. "Either we go with Mercedes or Renault. We are progressing along that route. We've got two designs for next year's car and we are pushing forward with both options," he added.

Many insiders see the strongest evidence that not all is well with the Renault buyout in the form of the team's announced 2016 driver lineup. Carter said the plan is for Lotus to drop that iconic name and be Renault's full works team, along the lines of Ferrari or Mercedes.

But the drivers would be Jolyon Palmer - the new GP2 champion but also a paying rookie - and Pastor Maldonado, best known for his crashes and PDVSA millions. Carter, however, insists that "Between the two of them I think they will be a strong pairing". He insisted that staying with Mercedes power next year is "unlikely", as that would mean "the Renault deal fell flat". "My strong guess is that it will be a Renault engine next year," Carter added. (GMM)