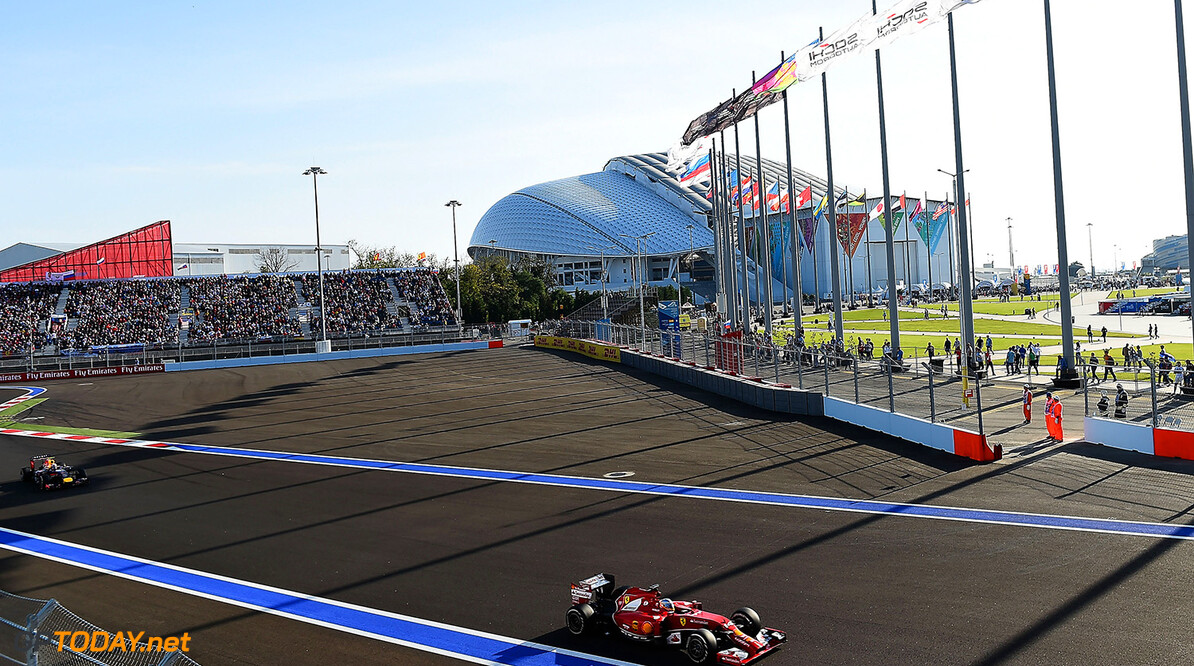 8am GMT, Russia awoke to a clear day and not the rain that was forecasted by Lewis Hamilton. Unpredictably, FP1 incurred a delay thanks to a clumsy mistake by a recovery vehicle that drove around the track not knowing he was leaving a trail of hydraulic liquid.  Which meant there would be a 30-minute delay.

While the clock ticked down, all was not lost, as viewers Tweeted-in to annoy loudmouth SKY Sports Commentator David Croft. With one tweet reading along the lines of "The teams will have to come tomorrow morning to make up for the lost 30 minutes" David Croft shouted out.  He replied with sympathy  "No way can the teams come tomorrow, it just is not possible I am afraid" in an attempt to be reasonable. What amuses me, is that what if the tweet was originally meant to be a joke? But who knows, maybe it's just my sense humour.

Mclaren again came under further scrutiny, through Ted suggesting to Alonso that, Manor are now going to be Mercedes Powered, will it mean they could well end up being last in the pecking order for 2016? Alonso gave a firm disregard to what he thought was an inconceivable idea. Which was later backed up by Jenson Button, who told SKY that he had conversations with Mclaren and in particular Ron Dennis. The Briton confirmed that he was given reassurances that the Mclaren/Honda Package will be much more improved.

Finally, the engines are fired up and the cars are out on the track. Fifty minutes have elapsed, and it is Fernando Alonso and his upgraded Power Unit setting a bellow-par time of 2:00. Most importantly his engine sounds much more aggressive than his teammates' - who will not have the upgrade this weekend, the difference in the sound being rightly pointed out by SKY's reporter Ted Kravitz.

No times were being set as the track was too dirty and green, so teams opted to focus on doing Race Starts, notably Nico Rosberg. Is he now conceding that he can not beat Hamilton over one lap? Therefore, his only chance will now come in the race? The German had attempted several starts before his team had to tell him to pit because his clutch was overheating.

The last 15 minutes saw all of the cars out as the times tumbled. Nico Hulkenberg had deployment issues with his Mercedes Power Unit, but that didn't stop him from setting the fastest time of the session. Which was 0.052 seconds shy of Rosberg's time. Hamilton also looked good for a top three finish, only for his car to uncharacteristically spin on the final turn.

Free Practice Two begins at 12pm GMT, where the track should be more friendly for the drivers to put in some decent times.