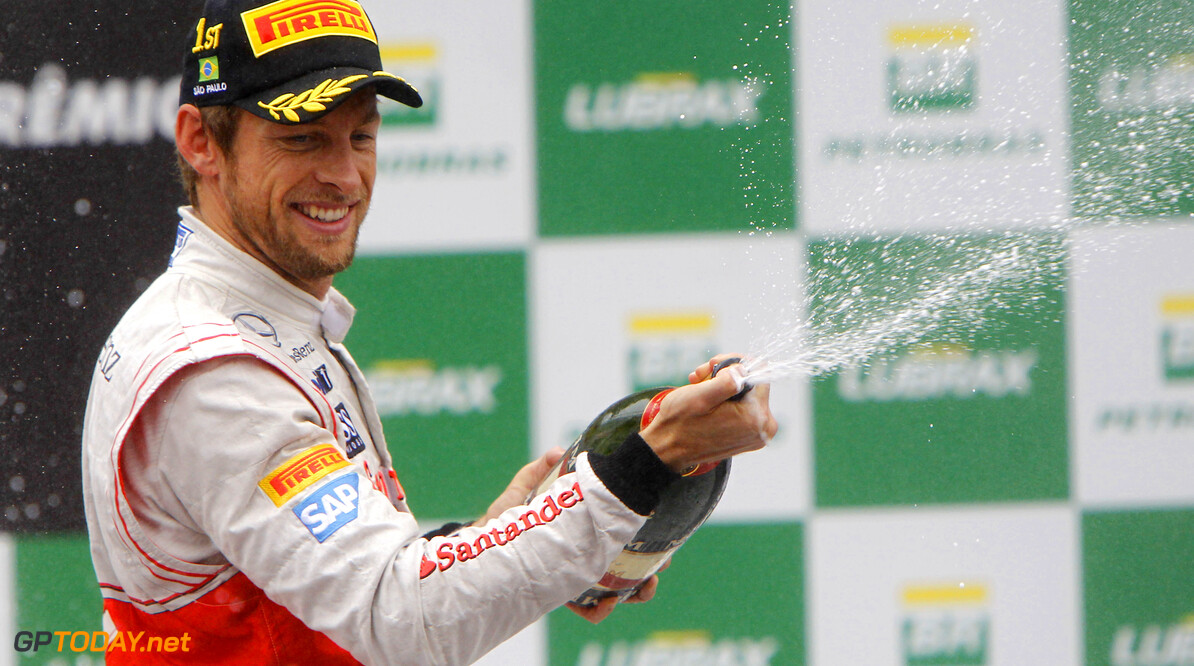 2009 World Champion, Jenson Button has told British Magazine Autosport that he is against the idea of teams running a third driver.

Formula One as it stands could see three teams drop out before the end of 2015. Lotus could go bankrupt if Renault does not invest, and the lovable rogues of Red Bull Racing and Toro Rosso do not have an engine supplier for 2016. Which means that the grid could fall to an unprecedented level of 16 cars, including the admission of US Team Haas Racing.

In that respect, due to the meagre amount of cars on the grid for next year, it would mean that the FIA would ask teams to run a 'Third Car' if possible. However, Button, who is experiencing a tough year with Honda Mclaren, has expressed his opinion on the matter, firmly stating that it would be the step in the wrong direction for the sport to go.

"All the top teams who are able will put a third car forward but at the moment, we hope that isn't the case.

One of the possibilities of teams running a third car is that they would parachute one of their younger drivers, which can be seen as a benefit to the idea. However, a drawback is that it would discredit the other formulas whereby drivers traditionally use to work themselves up. Something that Jenson Button agrees with when asked about teams blooding in their younger drivers straight into Formula One

"No, other categories are made for younger drivers, not Formula 1."