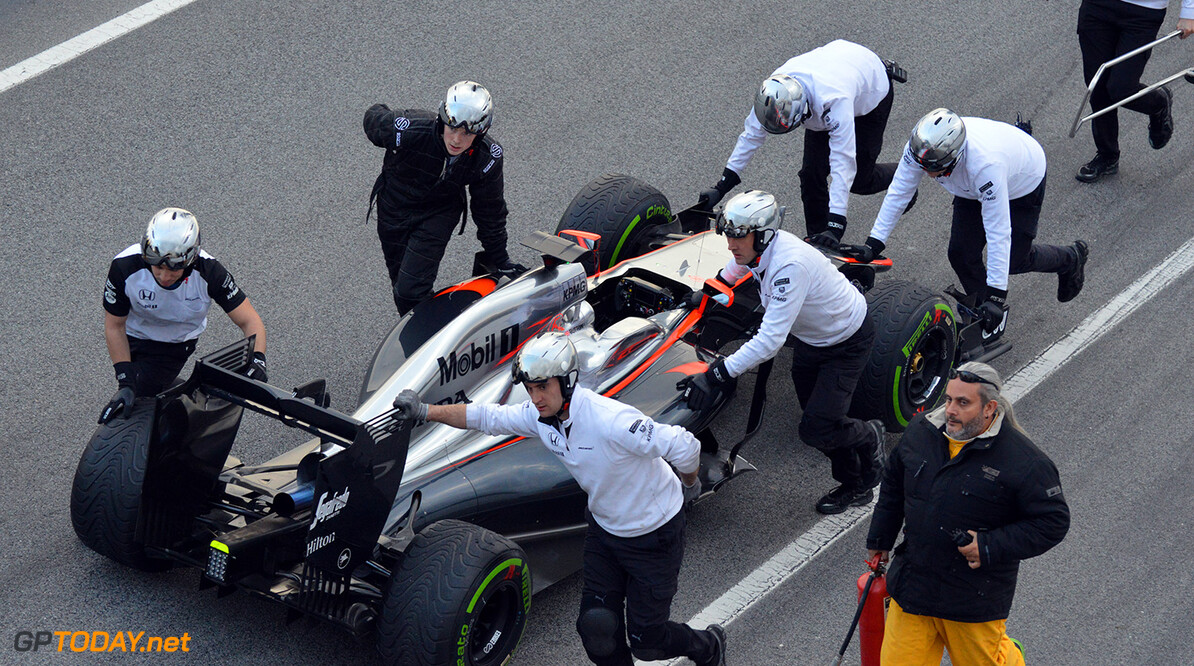 Eric Bouiller has claimed that the 2015 Honda Power Unit is costing Mclaren over 2 seconds per a lap and looking forwards, he would like them to fix their 'Immature' hybrid system, starting from 2016.

Mclaren currently sit 9th in the Contructor's Championship, which cements the fact that they have had a very turbulent season. And with not winning any championships since Lewis Hamilton's 2008 triumph, Mclaren are therefore desperate for instant success, for their own benefit and most importantly for their fans

Bouiller, The Racing Director for Mclaren, has told Autosport that he wants Honda to progressively improve their situation, whilst at the same time he is quite sympathic towards the Japanease Manufacturer. Citing that Mercedes, Ferrari and Renault had 3 years to get to where they are now, whereas Honda started very late and as a conesquence, their package lacks maturity which has translated into poor perfmances ontrack.

"It's mainly because they decided to come into F1 a couple of years ago, and starting from scratch. With the other three manufacturers it has taken them more than three years to do a decent package. You could see last year Renault and Ferrari struggling, and this year Renault is still struggling. Where we are suffering most is with the hybrid part. There is a lack of maturity in the project from Honda."

Autosport then pressed Bouiller on how much the Honda Power Unit was costing Mclaren this year and his response was rather damning:

"With the hybrid issue we are suffering from this year, it's not just [costing us] a couple of tenths, it's nearly a couple of seconds at some tracks, so I'll let you calculate the gap to the front."

Over the winter, Honda will at least have the same amount of tokens as Mercedes and Ferrari to help delvelop their new Power Unit for next year.

"It's never enough, but it's a good step," added Boullier.

"We need to make sure we put things in place because I definitely do not want to be in the same situation next year as this year."