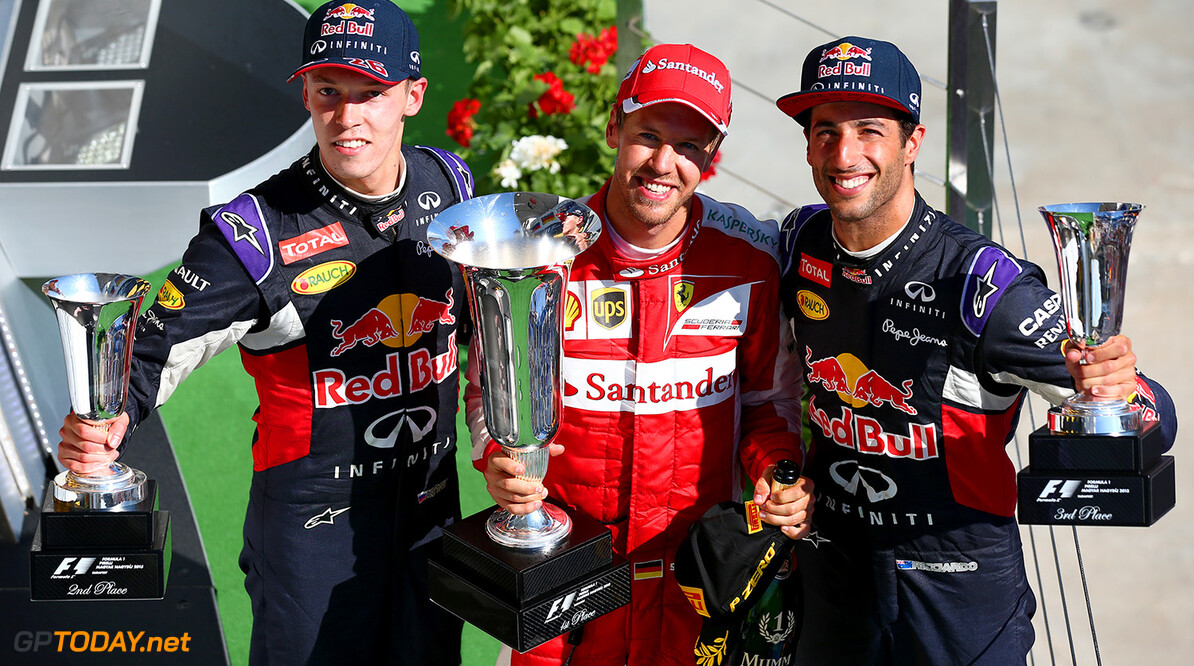 Lauda sure Ferrari will supply engines to Red Bull

Along with a clear quit threat, Red Bull has announced that it is splitting with long-time engine supplier Renault. "The separation from our engine partner at the end of the season is by mutual agreement," the energy drink owned stable's owner Dietrich Mateschitz declared to his local newspaper Salzburger Nachrichten. "There was no sense in working together anymore. You couldn't put the teams through that any longer."

Curiously, Red Bull made the decision to split - "a few weeks ago", according to Mateschitz - whilst still in mere discussions with alternative suppliers Mercedes and Ferrari. "Now we are working on an amicable settlement of the things that are associated with it (the Renault partnership)," Dr Helmut Marko told the Austrian broadcaster ORF. In the meantime,

Mercedes told Red Bull categorically that it will not supply the Austrian outfit with engines. Mateschitz admits that, "Not long ago, Mercedes was our preferred (new) partner".

So with Honda faring even worse than Renault, it leaves Ferrari as Red Bull's only option -- but a deal is still not done. There remains speculation Red Bull could tie up with Audi, with former F1 team owner Eddie Jordan declaring on Friday that the VW Group is actually close to buying Red Bull.

But Mateschitz said a deal with Ferrari would be "perfectly acceptable" for at least the next two or three years. "In the winter, and especially since the early season tests, Ferrari has done an incredible job," the billionaire said.

But Mateschitz warned that Ferrari is only a solution to take Red Bull back to the podium, not to the world championship. "If (Sebastian) Vettel cannot win the title with the Ferrari works team, then it will not be possible for us as a customer," he said. "But we can go back to the first three rows of the grid and from there fight for the podium."

He warned that unless a deal is done, Red Bull will have to quit formula one. The threat was repeated in Singapore by team chiefs Christian Horner and Marko. "This is not poker, but a serious statement," declared Marko. And Mateschitz said: "Should we leave formula one, we would find new jobs for all of our employees."

Having said 'no' to Red Bull, however, Mercedes team chairman Niki Lauda is sure his former employer Ferrari will work with the energy drink-owned stable. "Actually nobody (from Red Bull) asked us, but I do believe that Ferrari would have interest and would be able to give engines to Red Bull," he told Kleine Zeitung newspaper. (GMM)