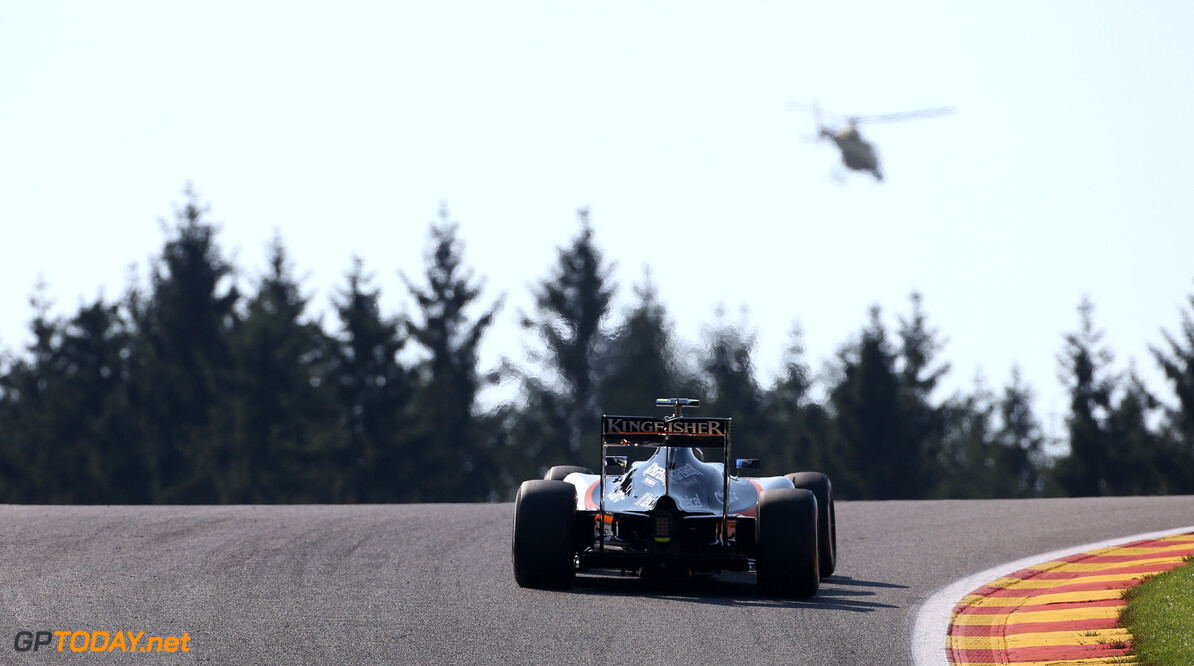 Force India has joined in the running to become Renault's works team, it emerged after the Belgian grand prix on Sunday. The news is surprising, following earlier reports the struggling Enstone based team Lotus - formerly the fully Renault-owned outfit - was close to securing the deal.

Lotus' recent financial troubles hit their highest gear at Spa-Francorchamps, with bailiffs returning to the circuit after Sunday's race to impound the black and gold cars. The matter relates to court action brought by disgruntled former reserve driver Charles Pic.

It comes despite an emotional Romain Grosjean breaking through on Sunday for Lotus' first podium since 2013. When asked about the team's obvious problems, the Frenchman said: "In the car you don't think about it. I just concentrate on doing a good job as the rest is out of my hands."

It is believed Lotus' best and perhaps only chance of mere survival now is the touted buyout deal with Renault. But now it emerges that F1 legend Alain Prost, a Renault ambassador, travelled to Spa-Francorchamps at the weekend to open talks with Force India's Vijay Mallya.

Renault's current period of indecision is only ramping up the French marque's tension with Red Bull, its current F1 partner. The story also ties in with reports at the weekend that Red Bull is now set to terminate its 2016 contract with Renault.

"The big question is what Renault's plans are for the future," admitted team boss Christian Horner. "We have an agreement with Renault until the end of 2016, so anything else that is being bandied about the paddock at the moment is pure speculation," he is quoted by Speed Week.

What Red Bull cannot hide is the potential for an alternative tie-up with Mercedes power for 2016, even though that would make the former world champions a mere engine 'customer'. On that, Horner said: "For all these years we have been a customer of Renault. And yet we won four world championships." (GMM)