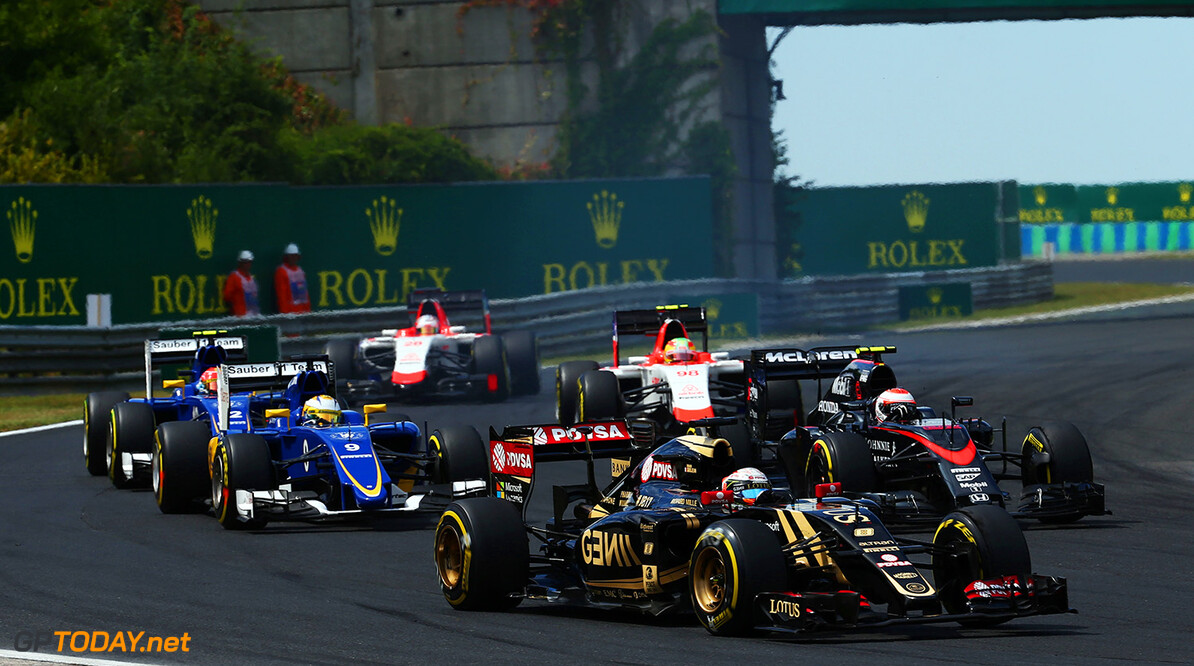 There has been less overtaking in formula one this year compared to 2014, the German magazine Auto Motor und Sport has found. The report said that last year, based on the opening ten races of the season, there were 42.6 overtaking moves on average per race.

In the first half of 2015, that figure has dropped to just 29.4. Auto Motor und Sport said the reason for the decline is changes to the front wing rules, and the difficulty drivers have in managing this year's Pirelli tyres. "It has become more difficult to stay close to the car in front," confirmed Lotus driver Romain Grosjean.

F1 is now moving to address the issue of overtaking, convening technical bosses for a meeting on Tuesday to ensure the new rules for 2017 facilitate more passing. Frenchman Grosjean thinks the tyres are a key part in making F1 exciting.

"I really liked the period around 2012 and 2013," he told the French magazine Auto Hebdo, "when tyre wear played a major role. Laptimes were good and in some corners it was possible to use all of the grip."

"Despite what people say, it is not easier now to drive the cars, it's just slightly easier physically. That is why rookies have managed to quickly and easily become comfortable. But today's racing is not so bad," Grosjean added. "Who could say that Hungary was not exciting?" (GMM)