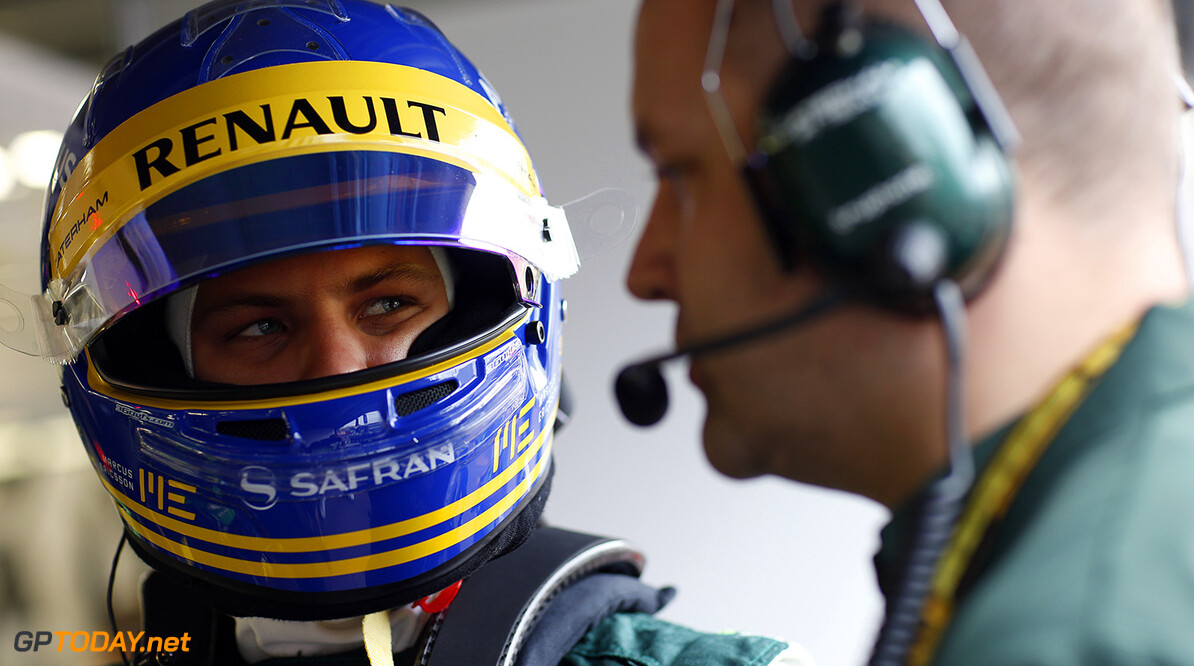 Caterham's Ericsson set to join Sauber for next season

Marcus Ericsson looks set to keep his formula one career alive by signing with Sauber for 2015. Said to carry some $18 million in personal sponsorship, the Swedish rookie is trackside in Austin this weekend despite the absence of his failing existing team, Caterham.

"I had the ticket anyway," he told Speed Week, "but I came here because I want to maintain contact with the sport. I'm sad that I cannot drive but it's important for me to meet with some people," the 24-year-old added.

Roger Benoit, the veteran correspondent for the Swiss newspaper Blick, claims Ericsson will replace either Adrian Sutil or Esteban Gutierrez at Sauber next year. The news came as the Swiss team's boss and co-owner Monisha Kaltenborn slammed the financial situation in F1, as the struggling privateers begin to collapse.

"I think I'm beyond the stage of frustration," she said. "It's one thing to always talk about this terrible scenario that some teams are not going to be there, but that the sport and the people responsible for the sport have let it come that far is extremely disturbing," Kaltenborn added. "I think the worst part is that we're damaging the sport with this so much that I think the owners of the product of the sport should think what they're doing here."

The Spanish sports daily Marca said one struggling team, perhaps Sauber, has illustrated the point by leaking the precise minimum cost of putting two cars on the grid for the entire season -- EUR 94.4 million. So with Ericsson's millions said to be arriving in 2015, attention now turns to who - the strongly Mexican-backed Gutierrez or German Sutil - will have to make way.

Sutil doesn't think it will be him, insisting on Thursday there is "no change" in his contractual partnership with Sauber, which continues through 2015. Gutierrez, meanwhile, said: "I think in the next three weeks we will know what will happen with me. Nothing in life is guaranteed -- and that goes even more so for formula one." (GMM)
F1 News Marcus Ericsson Esteban Gutierrez Sauber
.