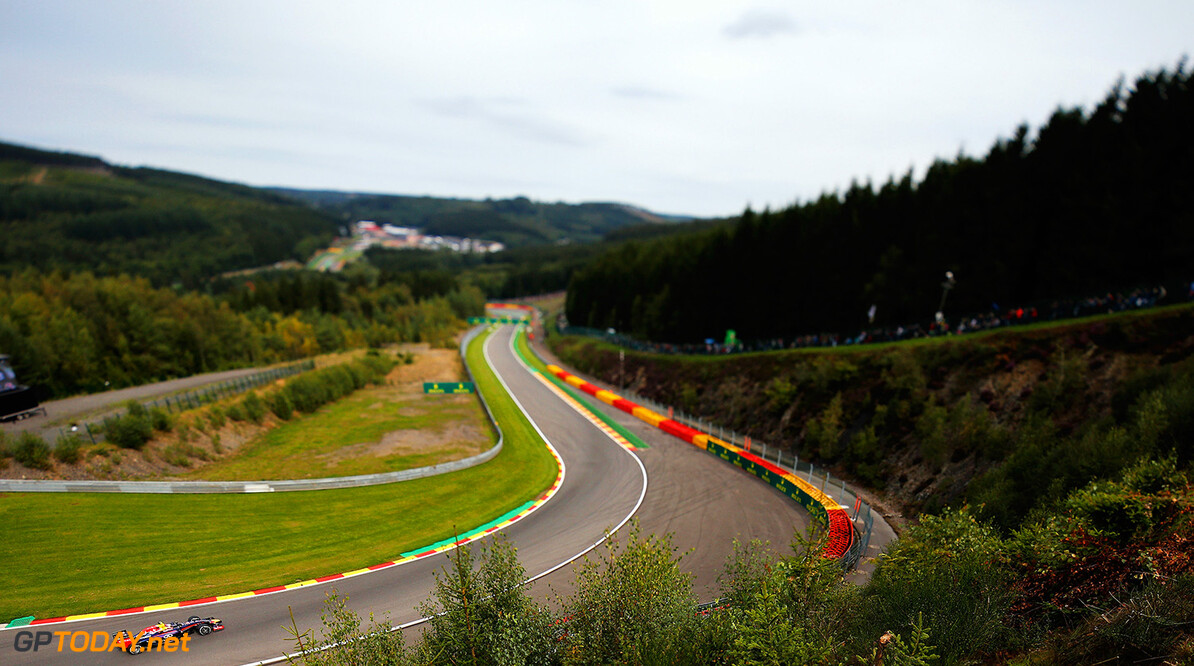 In this new feature on F1Today.net, our Chief UK Editor takes a look at the Belgian Grand Prix and reviews a few key moments throughout the weekend.


The return of Formula 1 after the summer break was highly anticipated at Belgium, and the Spa-Francorchamps circuit failed to disappoint. The race was ultimately won by Daniel Ricciardo for Red Bull and in the wake of uneasy times at Mercedes, we'll take a look at other things making the headlines.

After a buy-out from a consortium of investors prior to Silverstone, Caterham's future looked to be secured at least for the short-term future. However, just how short-term that was became apparent on the Wednesday prior to the start of the weekend, when it was announced that three-time Le Mans winner, André Lotterer would replace Kamui Kobayashi for the event.

The move was seen as many to be motivated by money, with Betrand Gachot's 'Hype Energy' company sponsoring Lotterer's return to the sport that he had been a part of with Jaguar some twelve years ago, and bringing in some much needed funds for the cash-strapped Caterham team.

Though they denied that it was due to finance and stated that he would “contribute to the development of the car”, it is widely known that this isn't the case, with some saying that had Lotterer not been taken on-board, that the now Dutch-run-team may have folded during the break.

Now, with a man of Lotterer's experience at Spa, it was expected that he would perform well in an updated Caterham CT05, that he only turned a wheel in on Friday morning during the first Free Practice session, others were more sceptical, but the 32-year-old German driver drove admirably and out-paced team-mate Marcus Ericsson by a tenth of a second in FP1 and being just a few hundreths behind in FP2.

He carried this form into Qualifying and once again finished ahead of Ericsson by over a second in the difficult wet conditions. However, despite this top form, Lotterer's efforts would come undone at the end of the first lap following a failure from his Renault Power Unit, which forced him to retire.

It was a disappointing end for what was otherwise a very strong debut for the rookie. Lotterer is not expected to return to the Caterham seat next time out in Italy, and Kobayashi's future is yet under continuous threat after speculation grows that yet another pay-driver may be in the seat at Monza.

Caterham are expectant of selling the seat to whoever can finance the drive for a weekend. It really does appear that all is not well at the Leafield-based team.

Prior to the summer break, McLaren were in a bit of a rut performance-wise and appear to have returned somewhat rejuvenated after their four week 'holiday'.

The Spa circuit is traditionally where the team have shone in the past with wins from Jenson Button in 2012, Raikkonen in 2005 and Hamilton in 2008, although it was later revoked. Right from the word go, it became clear that McLaren had turned a corner after Button and Magnussen were both 4th and 7th in the opening session. Considering both drivers were struggling to make it into the Top 10 in Hungary, it was a welcome improvement.

Button and Magnussen's form somewhat wavered in Qualifying as they both struggled with setup in the wet and changeable weather, however the race is where it came good for the Woking-based squad.

After a quiet start, the McLaren's became involved in a battle over 5th place with Vettel and Alonso, with the pair scrapping tooth-and-nail over the last few laps, changing positions every few corners, with the quartet even going four abreast into some sections of the track.

Magnussen made a few questionable defensive manoeuvres throughout, particularly on Alonso and was ultimately hit with a 20 second time penalty, dropping him to 12th and out of the points, however Button crossed the line in a highly creditable 6th place.

Whether it was just a good circuit for the McLaren team, or perhaps a more permanent recovery in pace remains to be seen, however we will find out next time in Monza as the Mercedes powerplant is expected to shine on the long straights.

What on earth is going on at Marussia?

Much like the Caterham team, Marussia decided on the eve of Free Practice 1 to change drivers, with Alexander Rossi taking over the helm from Max Chilton.

The official line from the team cited 'contractual issues', with confirmation the following day that Chilton's sponsorship money, which is paid in instalments, had not been sent forward and with finances at an all-time low also, the team decided to deputise a then non-paying driver for one who would, in the form of American, Alexander Rossi.

Rossi is backed currently by various multi-national companies including Intel, Forbes and Pro Performance to name a few, and the millions of euros of sponsorship that he brings in have been crucial to his Formula 1 career so far as he was previously a test driver for Caterham.

The lack of money at the Marussia camp came to a-head when the Russian-backed squad quickly realised that they could be facing mid-season collapse if a decision was not made imminently and the time given for Chilton's money to be transferred was left to a late deadline, hence the last-minute decision for the replacement.

That seemed to be that, until the instalment was finally transferred on Friday morning and after Rossi driving the MR-03 in Free Practice 1, the decision was made to put Chilton back in the car for the remainder of the weekend, scuppering Rossi's debut hopes in an instant.

The 22-year-old American took the change in good grace, despite the somewhat unprofessional actions from the team. However, had Chilton not returned to the car, it is likely that his sponsors may have pulled out from the sport due to their contractual agreement not be fulfilled, leaving Max without a drive.

It looks to be that Chilton's seat is currently safe for the foreseeable future in Formula 1, however, should his sponsors fail to pay once more, we may see Rossi make his debut sooner than expected.