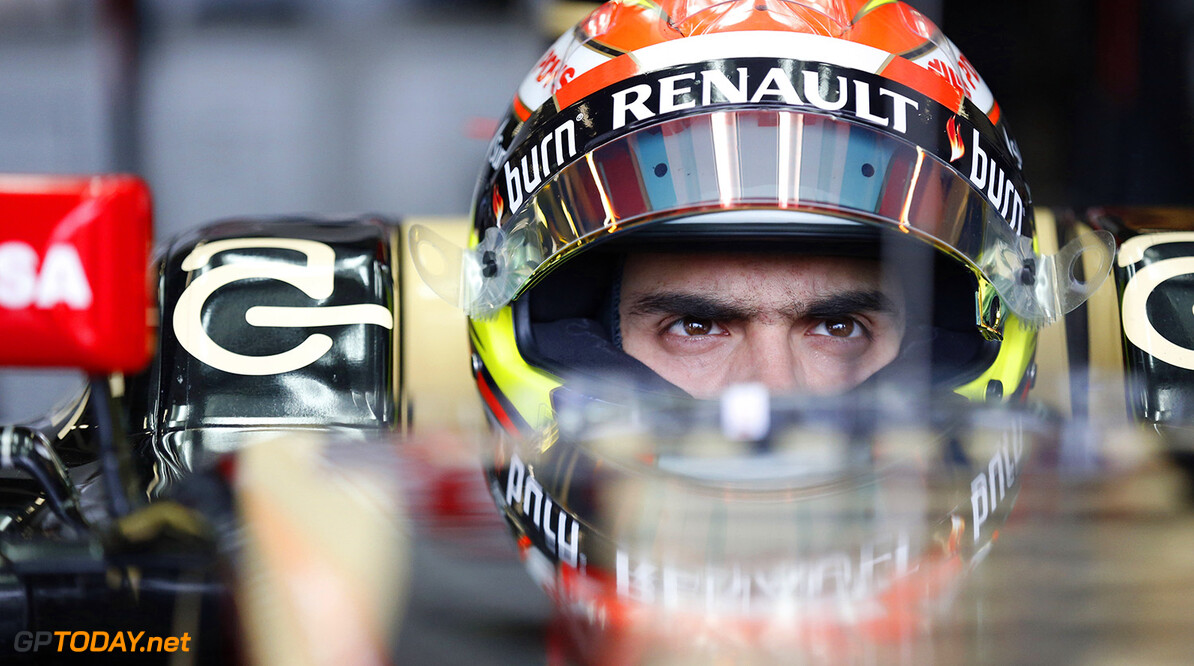 Even amid his pointless first half-season with Lotus, Pastor Maldonado has signed up with the Enstone team for 2015. In his third consecutive campaign with Williams last year, the Grove team hit rock-bottom and Maldonado decided to take his PDVSA sponsorship to Lotus. It was precisely at that moment that the two teams' fortunes switched around.

Venezuelan Maldonado, who picked the number 13 to race with in 2014 and beyond, does not regret the move. "I feel better here," said the 29-year-old Lotus driver, whose new teammate Romain Grosjean has scored all of the team's 8 points so far in 2014.

"It is not that Williams was bad," Maldonado is quoted by Italy's Tuttosport, "I enjoyed the first two years very much, I learned so many things and I also got some good results. But last year I felt the need to change, I wanted new challenges. I saw we had no prospect of development, even though I knew that this year would not be as bad as 2013."

Maldonado has said repeatedly in 2014 that the big difference at Williams has been the switch from Renault to field-leading Mercedes power. "In the past," he explained, "Lotus has built the best cars in F1. This year, things are not going great, even if the car is good. The difference is mainly the engines of Mercedes."

Even deputy boss Claire Williams, and new technical chief Pat Symonds, do not completely deny that. "Obviously the Mercedes power unit has helped to drive our competitiveness this year," said Williams. "It's absolutely a factor."

Symonds, speaking to Germany's Auto Motor und Sport, agrees: "The Mercedes engine has of course helped us a lot. But you can't forget that last year, with Renault, we had the same engine as the world champions, and we were ninth. Now we have the engine of the apparent new world champion again and we are doing much better. We are the second fastest Mercedes team," Symonds insisted, "and not far away from the factory team."

He says the biggest change at Williams in 2014 is "confidence". "When I arrived," said the Briton, "there was no confidence. That is why there was all the panic. Someone told me last year that it made no sense to practice pitstops because the car was so bad. That (attitude) just leads to nowhere. If you look at our stops today, they are very good on average. Everyone believes in themselves again. There is a very different atmosphere in the team," said Symonds.

At the same time, Maldonado has confidence Lotus can also turn its fortunes around. "Most of the problems have been down to reliability," he said. "Sometimes we are jumping on the track just thinking about finishing and not thinking about exploring the full performance of the car which is not a great approach."

"But sometimes you need to maybe do one step back to recover and it's getting better and better. It's looking quite good now," Maldonado added. "It's always been a great team in the past and for sure will be one of the good ones for the future."

Lotus' deputy boss Federico Gastaldi agrees with Maldonado that the Renault engine has been a problem, but he admits it is not the only one. "I think we're still having problems understanding the engine," he said, "but we're also having problems in Enstone matching chassis, aerodynamics and the engine. We're trying to improve but it is a very, very slow process." (GMM)
F1 News Romain Grosjean Pastor Maldonado Renault Lotus F1 Mercedes Williams
<< Previous article Next article >>
.