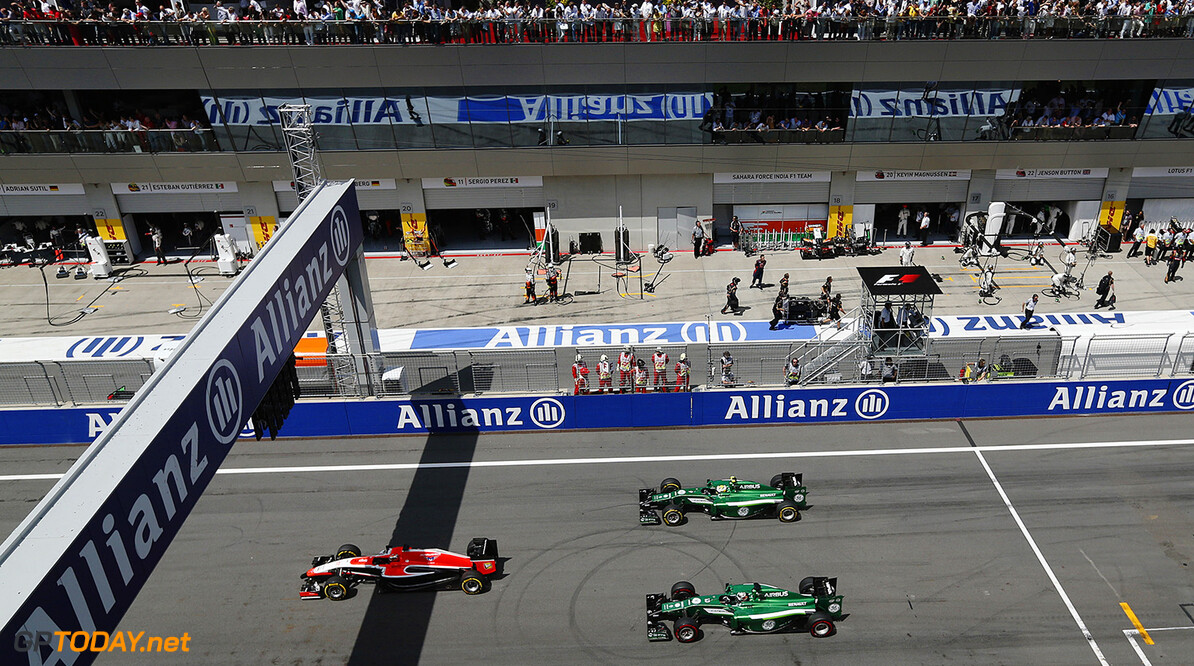 Last chance to slash costs has passed for struggling teams

F1's last chance to slash costs for struggling teams has now passed. The FIA's World Motor Sport Council met in Munich on Thursday, less than a mere handful of days before the end-of-June deadline for rule changes to be made for 2015 without the near-impossible need for unanimity.

With the budget cap proposal already dead in the water, many struggling teams had hoped meaningful cost reductions would be agreed before the final deadline. But the new and powerful 'Strategy Group' - dominated by the most competitive and richest teams - has ceded only a handful of minor measures. They were rubber-stamped by the FIA on Thursday.

Engine use has been reduced by one 'power unit' per driver to just four in 2015, wind tunnel usage per week has been reduced for 2015 from 80 to 65 hours, the Bahrain winter test has been banned and the personnel 'curfew' at races has been lengthened. Moreover, the use of computational fluid dynamics has been further restricted, teams will no longer be able to use more than one wind tunnel for testing, and two of the four in-season tests have been scrapped.

Many agree that the changes amount to 'tinkering', rather than a substantial move to ensure the survival of struggling teams. Roger Benoit, the veteran correspondent for Swiss newspaper Blick, wondered: "Is this the end for Marussia, Caterham or Sauber?"

Indeed, with both Jean Todt and Bernie Ecclestone acknowledging the prospect of losing teams, it is known that detailed talks about three-car teams have already taken place. "At the moment we have eleven teams and hopefully they stay in formula one," said Toto Wolff, boss of the dominant Mercedes team. "But the last 50 years has shown that some teams come, some teams go. If it falls below a critical level, having a third car could be a way of filling up the grid."

Franz Tost, boss of Red Bull's second team Toro Rosso, also admitted "the risk is there" that the F1 grid of 2015 will not feature all 22 cars of today. But as of today, the rules do not allow three-car teams, and the June 30 deadline for non-unanimous rule changes for 2015 will imminently pass. "No," Tost insisted. "If it was needed, I would not be surprised to see third cars in 2015," he is quoted by Italy's Omnicorse.

Meanwhile, at its Munich meeting on Thursday, the FIA also banned the ugly 'anteater'-style noses for 2015, and rubber stamped the use of titanium skid blocks so that they are "lighter" and "better contained". Titanium skid blocks were tested in practice in Austria last weekend, with the aim of spicing up the show with 80s-style sparks. (GMM)
F1 News Mercedes Sauber Marussia
.