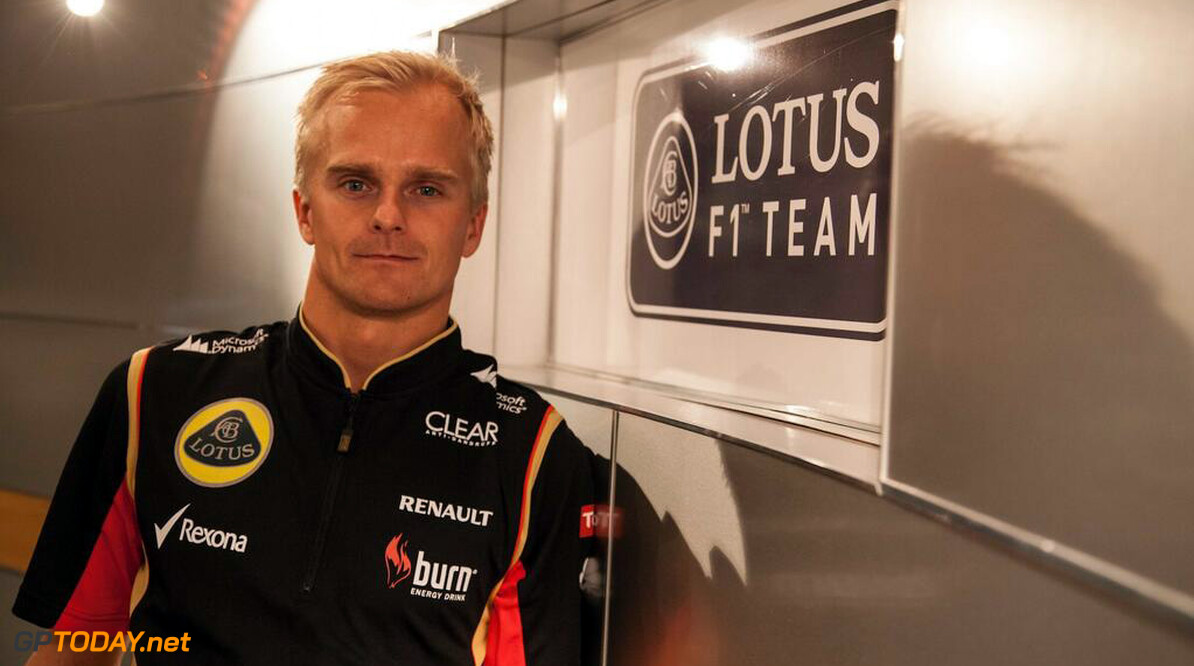 Kovalainen announced as stand-in for Raikkonen at Lotus

Finnish driver Heikki Kovalainen [32] will join Lotus F1 Team for the final two races of the 2013 season as a stand-in for regular race driver Kimi Räikkönen, who is currently undergoing back surgery.

Heikki  a veteran of 109 Grand Prix starts  has previously driven for Renault F1 Team, McLaren, and Caterham F1 Team. Over the course of his six seasons in Formula 1 to date, Heikki has scored 105 World Championship points. He has qualified on the front row five times, taken one pole position at the 2008 British Grand Prix, achieved two fastest laps and finished on the podium four times; including victory at the 2008 Hungarian Grand Prix.

Prior to racing for Lotus F1 Team in its former guise of Renault F1 Team in 2007, Heikki performed various test duties for the squad between 2004  2006. He completed his seat fitting at Enstone on Wednesday 13th November, before proceeding directly to Austin to join up with the race team.

Eric Boullier, Team Principal, Lotus F1 Team: "Obviously we had to move quickly following the news of Kimis non-participation in the final two races of this season, and we found ourselves facing a difficult decision in terms of who should take the wheel in Austin and Sao Paulo. On the one hand we had our reserve driver Davide Valsecchi  who is a talented young driver that has shown a great deal of promise  and on the other we had the opportunity to bring in a seasoned Formula 1 competitor in Heikki. Whilst we have every faith in Davides abilities, we are obviously involved in a tight Constructors' Championship battle, so it was decided that the experience Heikki could bring to the team would be invaluable as we aim to finish the year in the best position possible. We must thank Tony Fernandes and Caterham F1 Team for their professional conduct in allowing Heikki to join us for the final races of this season."

Heikki Kovalainen, Race Driver, Lotus F1 Team: "It is a fantastic opportunity for me to join Lotus F1 Team for the final two races of 2013. Weve seen this year that the E21 is a car which can win races and finish on the podium, so I will be pushing hard for the best results possible. Jumping into a car so late in the year when you have not been competing in the races all season will be a challenge, but I know the team at Enstone well so I have no concerns about getting up to speed. This is a great opportunity for me, so I would like to thank Tony Fernandes and Caterham F1 Team for allowing me to take advantage of it."
F1 News Kimi Räikkönen McLaren Renault Lotus F1 Caterham F1
<< Previous article Next article >>
.