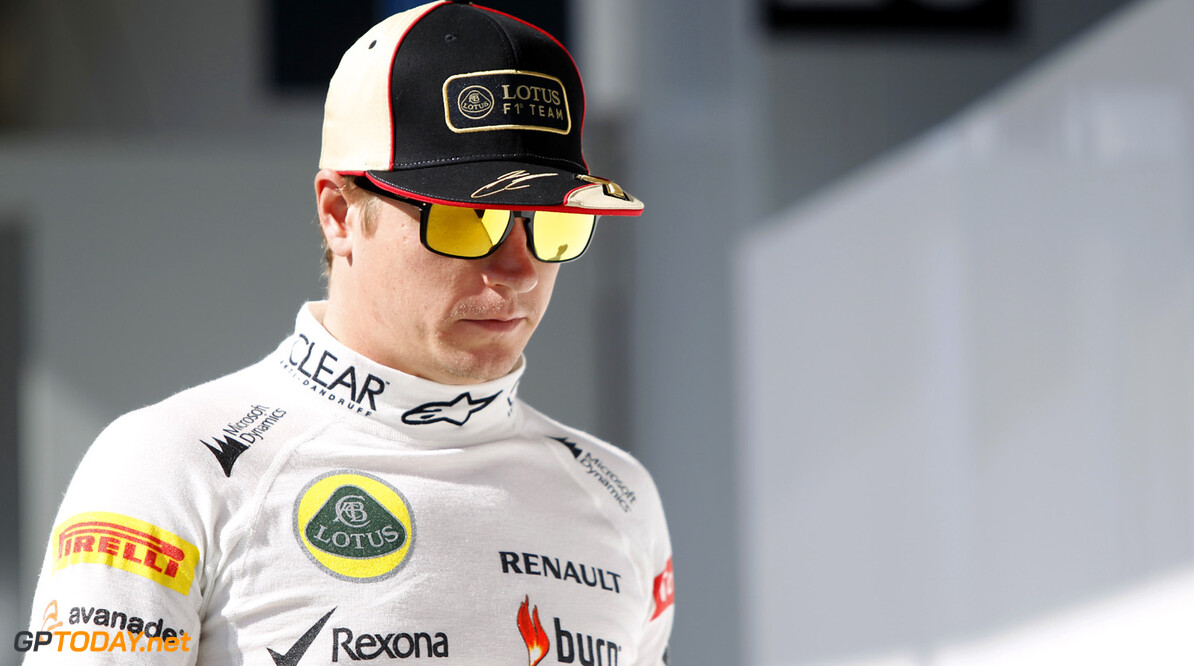 Eric Boullier has confirmed that Lotus is still behind in its payments to Kimi Raikkonen. The Finnish driver, who sat out Thursday's proceedings in Abu Dhabi, revealed when he finally arrived in the Persian Gulf that he almost didn't make the trip from Switzerland, and he could sit out the last two races of 2013.

"For sure (I could)," the 2007 world champion, who is returning to Ferrari in 2014, answered when asked about not racing in Austin and Brazil.

"I enjoy racing, I enjoy driving -- but a big part of it is business. Sometimes when that is not dealt with like it should, we end up in an unfortunate situation."

The current impasse was clearly triggered by the recent Indian grand prix, when Lotus engineer Alan Permane swore angrily at Raikkonen on the radio.

"It's not very nice when you hear that you don't have the interests of the team at heart and you've been paid zero euros the whole year," said the 34-year-old.

"You have to draw the line somewhere and if it goes over it's not really my fault," added Raikkonen.

The Frenchman said he didn't want to comment on Raikkonen's absence on Thursday.

"Because I don't want to put fuel on the fire," said Boullier.

If the fire burns out of control, Raikkonen might not be at the wheel of the black and gold car in Austin and Brazil.

Asked about his driver's boycott threat, Boullier answered: "I can't answer some of your questions.

"(Team owner) Gerard Lopez is in negotiations with Kimi."

The tension at Lotus is undoubtedly related to the protracted finalisation of a 35 per cent sale of the team to the 'Quantum' investment group.

"The deadline is approaching," Boullier said, "and if it doesn't happen then we will have to consider other solutions in the interest of preserving the team.

"I don't want to be forced to make massive layoffs," he added.

The seriousness of Lotus' financial situation also explains why the team is considering signing Pastor Maldonado, with millions in PDVSA backing, rather than the highly rated Nico Hulkenberg for 2014.

Boullier said the obvious priority is to conclude the Quantum deal.

"We did a triple audit and there is no financial problem with them," he insisted. "But now it becomes extremely difficult to move money around the world."

Not only that, Lotus now has Raikkonen's strike threat to handle.