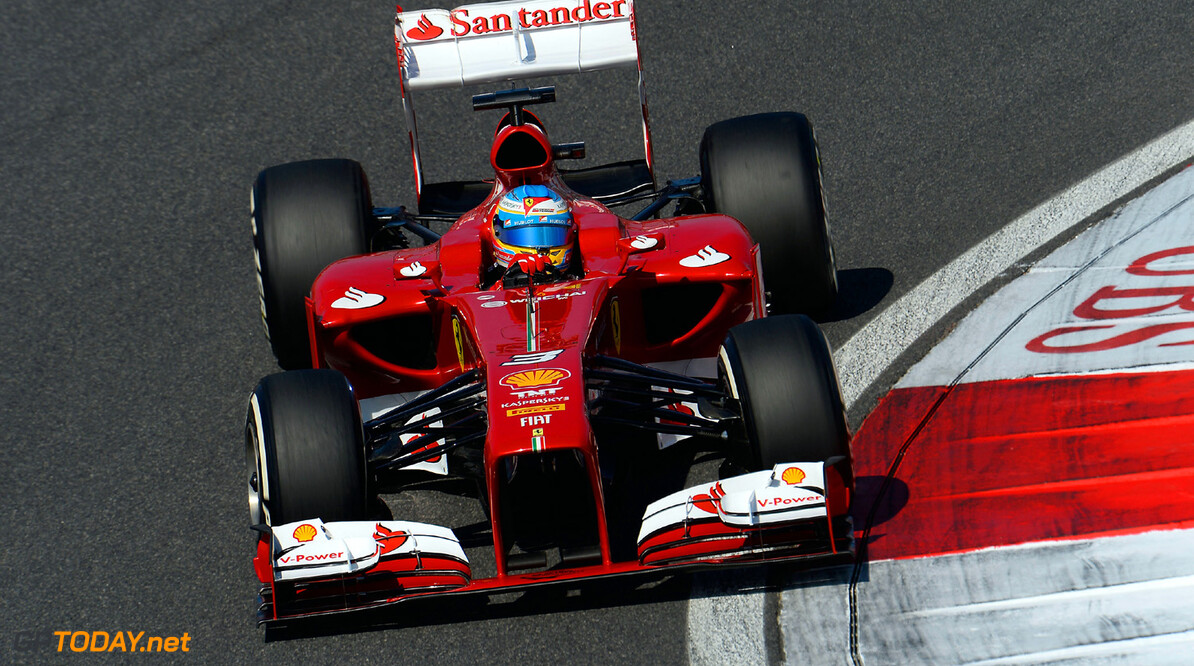 Whitmarsh: "Honda would like to see Alonso at McLaren"

Martin Whitmarsh has admitted Honda would like Fernando Alonso to be powered by its Japanese engines in 2015. The McLaren boss had triggered the Alonso-to-Woking rumours recently in Singapore, amid suggestions the Spaniard is increasingly unhappy at Ferrari.

"He has a contract with Ferrari," Whitmarsh told the Spanish sports newspaper AS at Suzuka. "In the future, who knows."

He admitted letting Alonso leave McLaren after just one season in 2007 was a mistake.

"I've always regretting losing him in 2007," said Whitmarsh. "He is now a mature and very strong driver. Yes, it was (a mistake)."

Undoubtedly, Whitmarsh is trying to right the wrong now. He also says Honda, the Woking based team's new V6 engine supplier for 2015 and beyond, is keen.

"But to be clear, we have not had any negotiations with him. Fernando has a contract with Ferrari."

Whitmarsh, however, said Alonso has been targeted because he is perhaps the best driver in F1.

"Although this may seem unfair to Ferrari, he gets more from what the car deserves.

"Sebastian (Vettel) is also doing a great job. They are both top drivers. But Sebastian has always been in a stronger car."

Asked his opinion about why Red Bull has dominated so much in recent years, Whitmarsh answered: "First you would have to say that Red Bull spends a lot of money. It's a very important factor.

"Besides that, they are doing a great job. Adrian (Newey) is key, but Sebastian is very consistent and I think he should get a bit more credit."

Britain's Mirror newspaper on Sunday said Jenson Button has agreed just a one-year deal to stay at McLaren in 2014.

It leaves the door slightly ajar for Alonso to join the Briton next year, in Mexican Sergio Perez's place.

"This year was not as good as Sergio wanted it to be. But beating Jenson Button is not so easy.

"Unfortunately the car hasn't been as good as we would like, so we shouldn't be too hard on the drivers. Has Jenson done a good job this year? Yes. Has Sergio done a good job? Yes.

"At the moment, I don't think so," said the Briton when asked if Brawn is heading to Woking.

"He is very experienced and is a major asset for any team, but right now I don't think he is thinking of coming to McLaren," added Whitmarsh.
F1 News Fernando Alonso Jenson Button Sergio Perez Ferrari Mercedes McLaren Honda
<< Previous article Next article >>