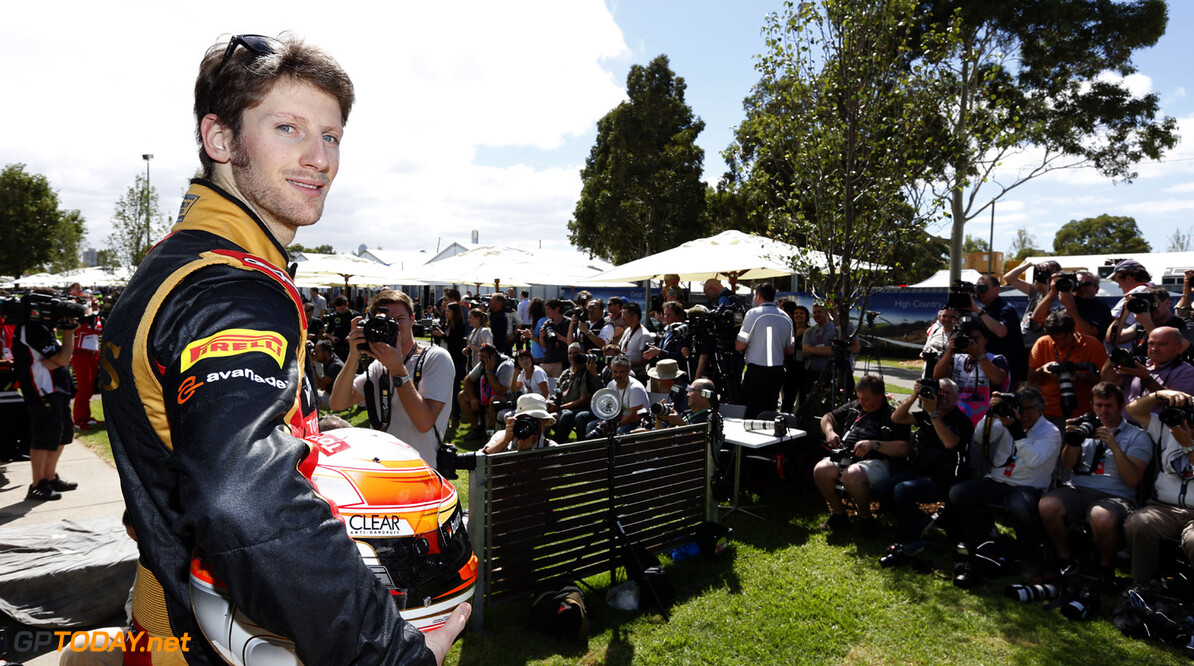 Johnny Herbert, former Grand Prix winner for Benetton and Stewart, asked the top 3 some questions on the podium, below the answers.

Race winner Sebastian Vettel: "It's not great getting stuck behind the safety car but really pleased with the result and great by the team. Fortunately we had enough pace to get ahead after both safety cars but both Kimi and Romain were very competitive and did better with their tyres. I am really enjoying things at the moment, we have a great team and we are having a great time."

Lotus driver Kimi Raikkonen, who finished second: "It was OK. I think I lost a place on the first straight. The car has been under steering this weekend and was doing it today and I had to look after my front tyres. I got stuck in traffic but even without the safety car we could have finished on podium."

Lotus Romain Grosjean, who finished third: "It was pretty good fun, we had a good start, it was hard but it was good to be very close to the Red Bull, it didn't get too far away. I made a small mistake and Kimi overtook me but it was my mistake. But we are back on the podium so it is all good."

Sebastian Vettel on Suzuka, which hosts next weekend's Japanese Grand Prix: "I think it is the best track in the world, the fans are completely crazy in a good way and I am really looking forward to it, it will be a great race."
F1 News Romain Grosjean Sebastian Vettel Lotus F1
<< Previous article Next article >>
.