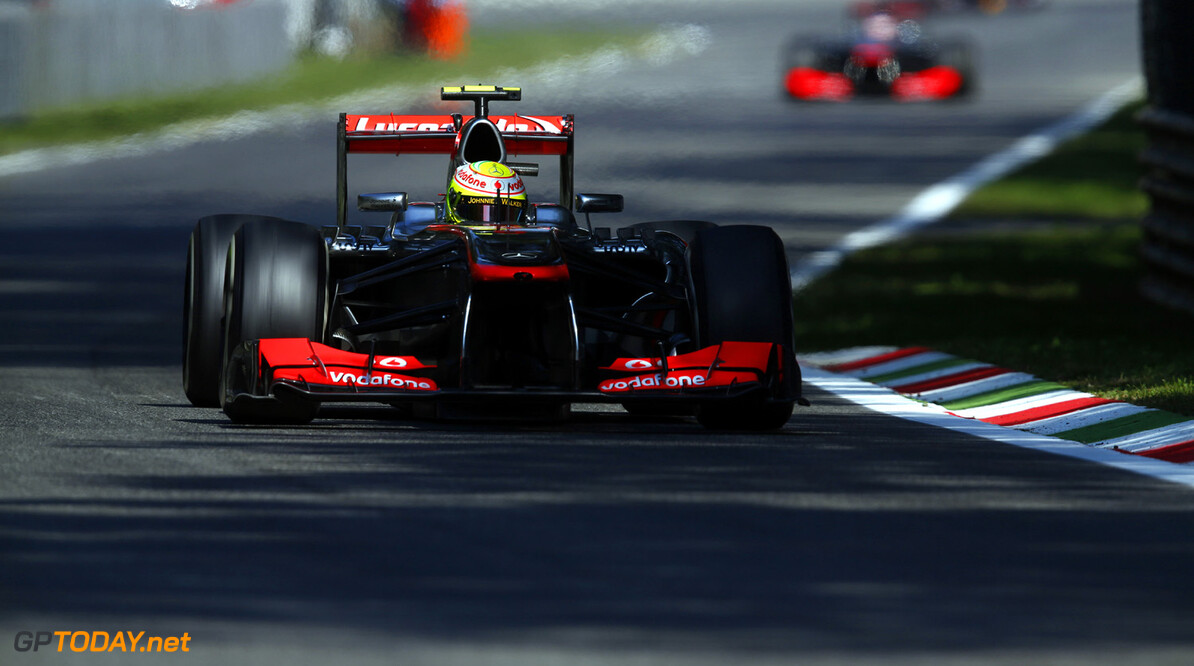 Getting results will be harder as the 2013 season enters its final phase, McLaren driver Sergio Perez has admitted. The great British team has had a disappointing championship campaign with the uncompetitive MP4-28.

And according to McLaren newcomer and Mexican Perez, the prospect of a breakthrough 2013 podium will dwindle even more as the season races into its final 'flyaway' phase. McLaren is just fifth in the constructors' championship; narrowly ahead of Force India but a massive 125 points behind Lotus.

"Obviously, the fight at the sharp end of the championship means that the top three or four teams are still pushing hard to develop their current cars, whereas some of the others are looking more towards 2014," said Perez. "That means that it's getting slightly harder to score good points in the remaining races."

He revealed that "most" of the forthcoming developments for the MP4-28 will be "with an eye to next year". (GMM)
F1 News Sergio Perez McLaren Force India Lotus F1
<< Previous article Next article >>
.