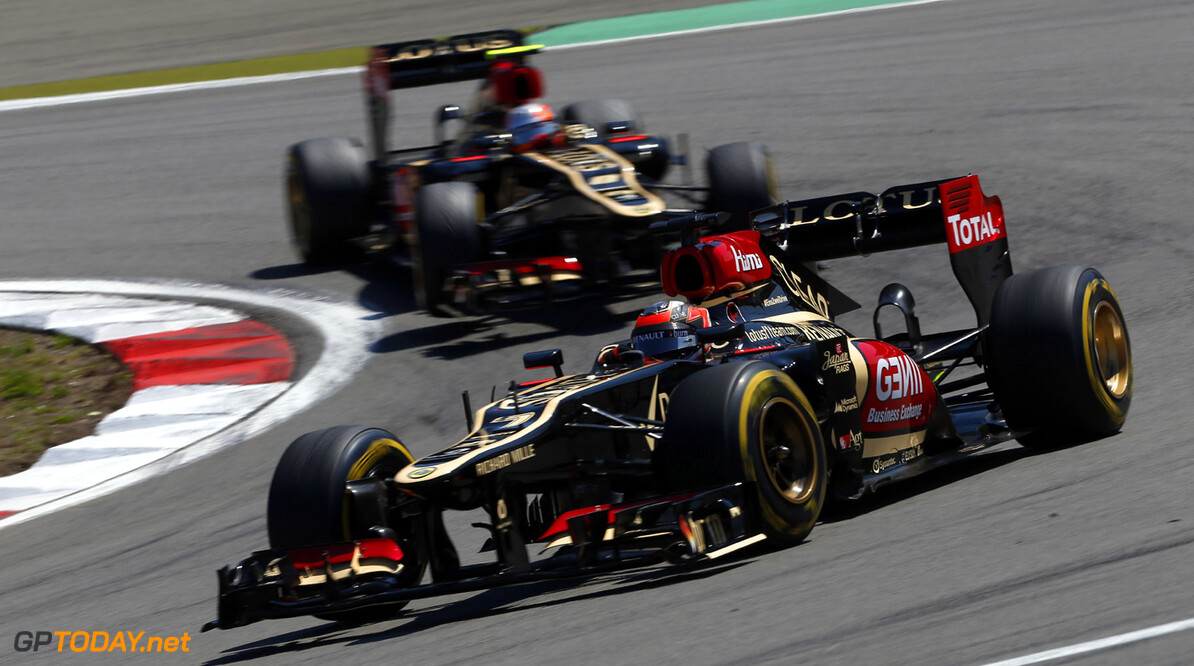 Only Raikkonen to debut longer Lotus in Italy

Kimi Raikkonen, not his teammate Romain Grosjean, will debut Lotus' new longer-wheelbase car this weekend at Monza. "Kimi will drive the long wheelbase on Friday, and if necessary we can go back to the shorter version," race engineer Mark Slade told the Finnish newspaper Turun Sanomat. "But we expect this (long) car to be better."

Raikkonen, however, does not expect the change will be enough to win on Sunday. "Low downforce tracks are not good for us," said the Finn, "but let's see how the new parts work." Germany's Auto Motor und Sport said the revised Lotus is ten centimetres longer than the usual car that will still be raced by Grosjean in Italy.

It is not the first time Frenchman Grosjean has been relegated to an older specification, after Raikkonen used a new front wing in Malaysia. And at Silverstone, only Raikkonen had use of the passive double-DRS system.

The lure of returning to grandee Ferrari in 2014, however, may prove too great for Raikkonen, particularly with the looming challenge of the all-new rules. Asked if Ferrari or Lotus would be better next year, however, Raikkonen answered: "I have no idea. In general, bigger teams have more money and resources to make a good car. But the rules are so different next year that we will not know what the situation is until we see the new cars on the track." (GMM)
F1 News Romain Grosjean Lotus F1 Ferrari
<< Previous article Next article >>
.