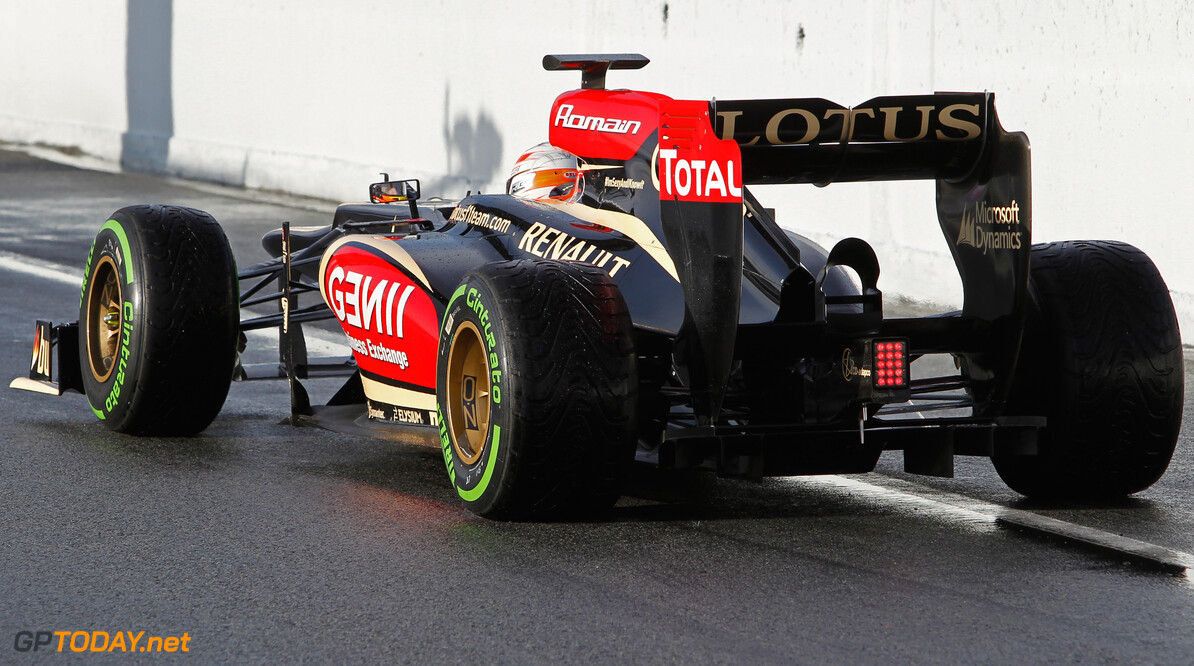 Lotus looks set to begin the 2013 season without a title sponsor. Late last year, it emerged that the Genii-owned team was close to announcing a $30 million per year deal with Honeywell, the American technology giant. But last month, Switzerland's Speed Week reported that the deal is now "a way off".

"We've had discussions and some of them were quite advanced," Genii's Gerard Lopez, without mentioning Honeywell, told Reuters this week. "It's important to have the right package. And the right package is to a large extent also financial. I guess we could probably have signed a couple of things that leaked out but we think we are better off making sure that we sign what is the right thing for us," he added. "We will probably end up with something during the season."

It is believed Lotus' 2013 livery was designed with the Honeywell deal in mind. Now, in the highly-prominent red-coloured area on the top of the engine cover near the airbox, the stylised words 'Kimi' and 'Romain' are featured on Kimi Raikkonen and Romain Grosjean's cars respectively. Lotus is the only top team without a title sponsor. (GMM)