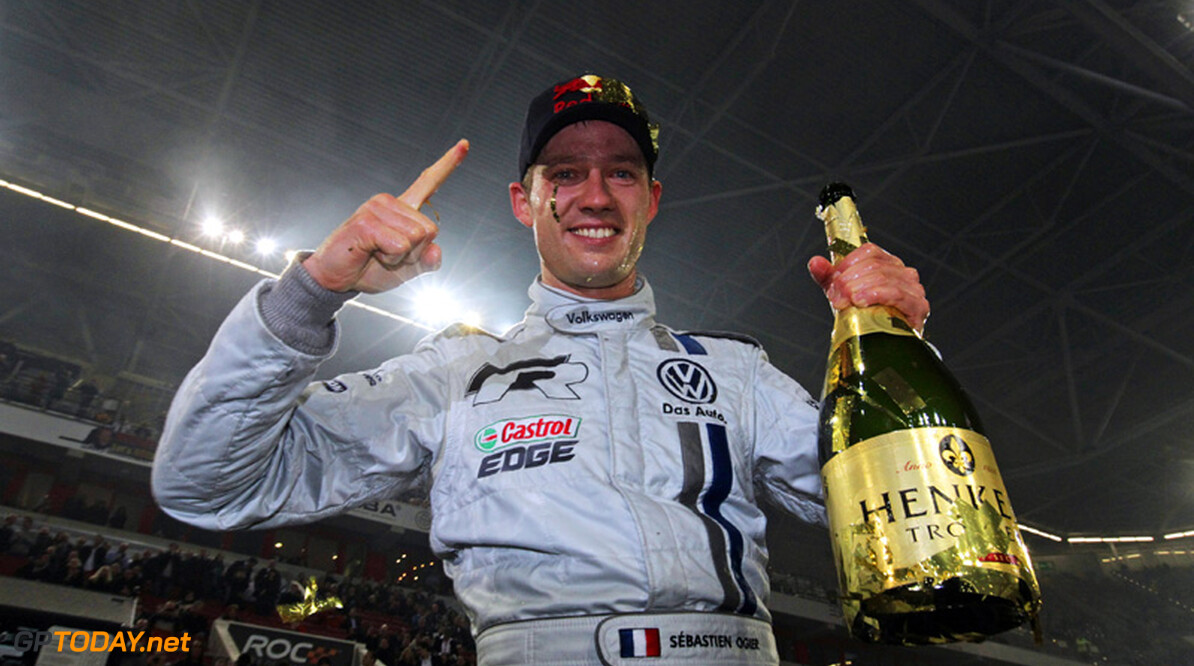 Team France will have a strong line-up at the 2012 Race Of Champions as reigning ROC 'Champion of Champions' Sébastien Ogier returns to defend his title alongside Formula 1 star Romain Grosjean. The French duo will team up for their home country at Bangkok's Rajamangala Stadium in the ROC Nations Cup on December 15 before competing for individual glory in the Race Of Champions on December 16.

Ogier has already climbed that summit, having fended off all comers to win the Race Of Champions on his ROC debut last year. In the Grand Final, he defeated Le Mans legend Tom Kristensen 2-0 to seal the 'Champion of Champions' title. That capped off a glorious year in which he won five World Rally Championship rallies, narrowly missing out on the title. In 2012 he switched to the Skoda Fabia S2000 in preparation for Volkswagens WRC arrival in 2013. First he aims to double up at ROC Bangkok.

Ogier said: "It's a real honour to compete in the Race Of Champions. I've followed it since it was in Gran Canaria so it was amazing to win at my first attempt last year. There were a lot of new cars to learn, plus the track as well, but I pushed hard all the way and I had a lot of fun out there. This year it will be nice to team up with Romain again and we'll do our best to take Team France all the way this time as well. Overall it's a good party and a great way to end the year."

Grosjean made his Race Of Champions debut last year too, reaching the semi-final of the ROC Nations Cup alongside Ogier for Team France. He also won two of his three races in his individual group before being knocked out by Kristensen and F1 world champion Sebastian Vettel on countback of fastest times. Grosjean has since returned to F1, with a string of strong results for Lotus in 2012 including podiums in Bahrain, Canada and Hungary. Now he seeks ROC glory in Bangkok to cap off his season.

Grosjean said: "The Race Of Champions is special and I'm proud to be in the line-up again alongside such big names from so many different areas of motor sport. It's a great show seeing these guys driving all the cars to the limit and I hope Team France can achieve something too. Sébastien did a fantastic job to win the individual event last year and it was a pity we were knocked out in the ROC Nations Cup semi-finals. We will aim to go a bit further this time but the main thing is to have fun and to put on a show for the crowds in the stadium."

Race organiser Fredrik Johnsson added: "We are delighted to have Sébastien and Romain back at the Race Of Champions for a second year. Sébastien announced his ROC arrival in style with victory at the first attempt last year so he will be one of the favourites for success again. Romain was unlucky not to make further progress too, so even the megastars at ROC 2012 will want to avoid Team France in the draw."
F1 News Romain Grosjean Sebastian Vettel Lotus F1
<< Previous article Next article >>
.