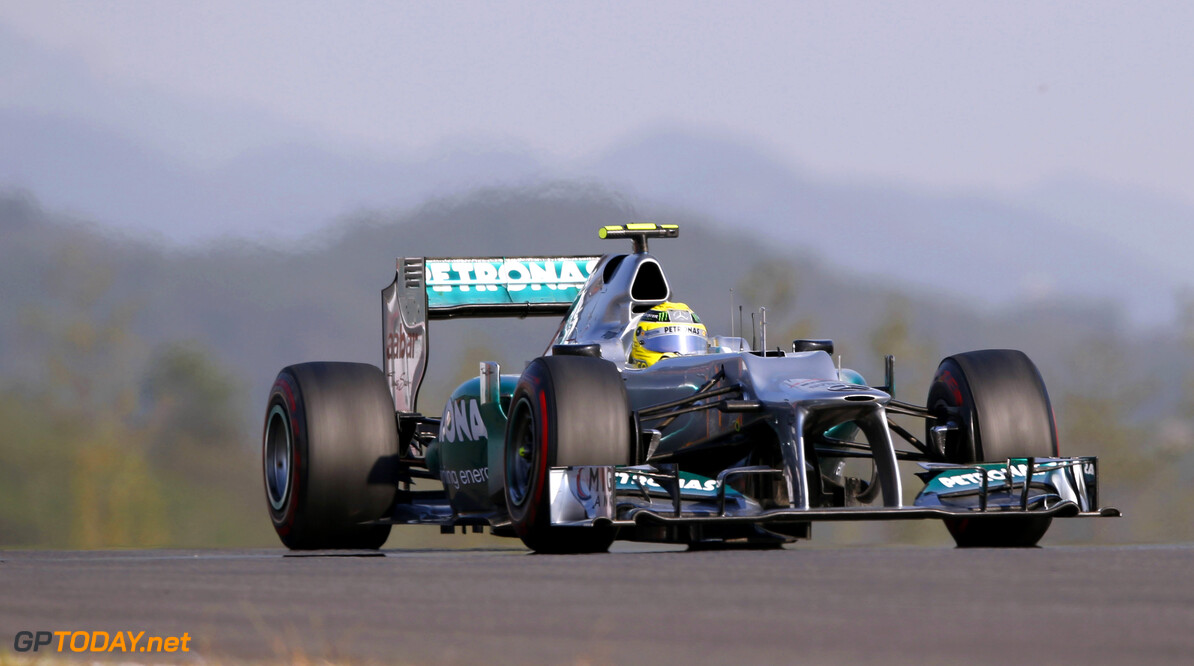 Michael Schumacher: "Abu Dhabi is one of the races I look forward to travelling to. The facilities there are state of the art, very modern and very attractive. The timing of the race makes it even more appealing: it's something quite special and uniquely fun to race from day into night. Admittedly, 'fun' is not exactly the right word to describe the race I had on Sunday in India. However, I hope that what we learned about our car across the weekend can be translated into something positive in Abu Dhabi."

Nico Rosberg: "The Abu Dhabi race is one of the highlights on the calendar and every year it seems to become better and better. I really enjoy driving the track, particularly with the unusual twilight conditions, and the setting around Yas Marina is very special. On the track, tyre work will again be crucial this weekend. We are working hard on it and our goals this weekend will be to score some points and to learn for next year."

Ross Brawn: "The Abu Dhabi Grand Prix has very quickly established itself as one of the most spectacular races on the calendar, and the Yas Marina Circuit is certainly one of the most impressive of the new Formula One venues. The weekend will also be the final home race of the season for our team with our shareholder and partner aabar based in Abu Dhabi. Our team has had a challenging time during the season-ending flyaway races so far. However, we are continuing to work hard on improving our performance, while also taking the opportunity to look at developments which will be relevant next season. We would like to end the season on a positive note, and hope to have a stronger result this weekend."

Norbert Haug: "The final leg of the 2012 season set every team the challenge of racing six times in six countries over eight weekends, split between Asia, the USA and Brazil. The race in Abu Dhabi begins the second half of this cycle. Every team member has been working with total focus during this demanding period and deserves to be rewarded with better results before the season reaches its conclusion. This will be the fourth visit to Abu Dhabi which is, along with Great Britain, Germany and Malaysia, one of our home races and certainly a season highlight. The facilities in Abu Dhabi are exceptional and the spectacle of the day-night race is unique in the Formula One calendar. The Yas Marina Circuit itself is a real contrast to last weekend's venue in New Delhi: the brakes are worked very hard, with eleven braking events around the lap; 14 of the circuit's 21 corners are taken at 150 km/h or below; and the cars exceed 290 km/h on four separate occasions around the lap. Overtaking is difficult in spite of the long straights and many braking zones but the DRS zones significantly improved the situation last year. Overall, the level of competition behind the quickest teams has got ever closer throughout the season and a few tenths of a second in lap time can make a difference of many positions in both qualifying and the race."
F1 News Nico Rosberg ART
.