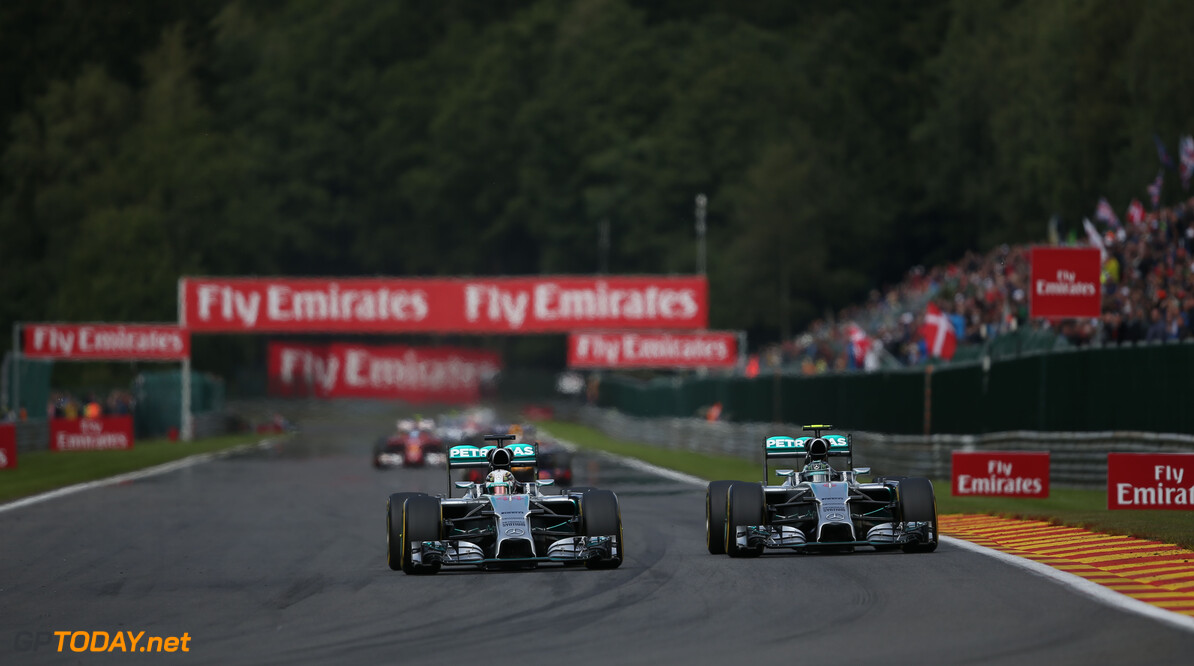 Rosberg: Hamilton's 'grey area' racecraft one of his huge strengths

Rosberg retired from F1 at the end of the 2016 campaign following his championship success, bringing an end to the on-track rivalry he shared with Hamilton.

The two were involved in a number of clashes during their years as Mercedes teammates, however, Rosberg says that Hamilton was brilliant in ensuring that none of the incidents could be blamed on him.

“The guy is phenomenal in a wheel-to-wheel battle,” Rosberg told Formula 1's new show F1 Unscripted. “It's just unbelievable, how he positions the car so smartly. And whenever I would try to go up against it, hold my own and fight back, he would always manage to stay in the grey area.

“Whenever I would try, I would just straight away jump over the grey area and into the black area, which is not allowed.

“He's so skilled keeping it in the grey area and never making it 100% his fault. Wheel-to-wheel battles, it's a huge strength of his, one of his many.”

Rosberg says that he savoured the challenge of going up against Hamilton after the German partnered Michael Schumacher for three years.

When Hamilton arrived at Mercedes in 2013, he had one world championship to his name compared to Rosberg's single race victory.

“I knew how good Lewis was because I raced him in go-karts for many years,” Rosberg said. “I knew that he was extra special.

“With Lewis coming, there wasn't any negativity in my mind, I was actually looking forward to the challenge. He was the world champion, and by the time Lewis arrived, I had just won one single Formula 1 race.

“And here was the great Lewis Hamilton coming into the team. So it was very, very uneven in terms of statical results from the past.

“But I relished that and I took it on. I had learned a lot by then, and straight away from the get-go I was able to be playing [on a] level field with Lewis all the way through.”

'We had to make compromises in order for championship success'

Rosberg said the maiden year they spent together at Mercedes wasn't filled with tension, as they were not fighting each other for race wins on a consistent basis.

However, the 34-year-old says they sacrificed their friendship from 2014 onwards when it became clear that they would be going up against each other for the world title.

“In 2013 it was pretty easy-going because we weren't fighting for race wins and we used to be really best friends, so it was a decent start,” Rosberg said.

“But then, going into 2014, that's when you noticed it then. Once you're fighting for race wins and championships, there's so much at stake.

“Your dream is at stake. Both of us dreamed of winning the world championship with Mercedes. It's so big, and so you start to make compromises, and it's the friendship that gets compromised in return for winning races.”