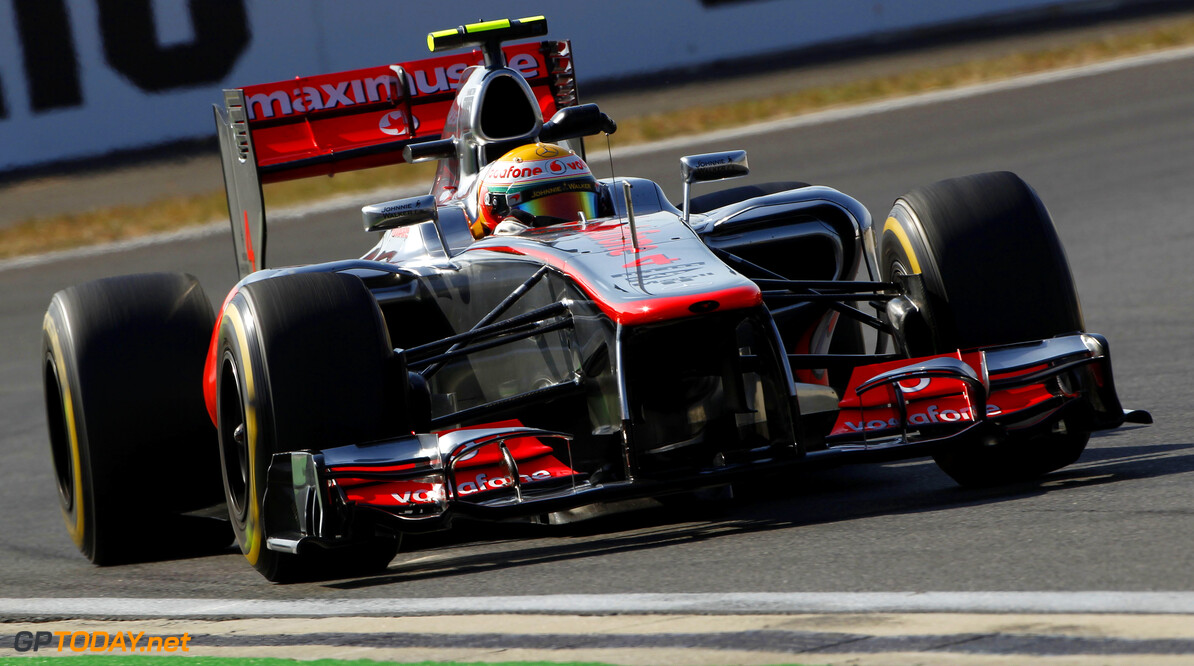 McLaren pushing ahead with MP4-27 development

Even with Lewis Hamilton admitting his 2012 drivers' title push is probably over, McLaren has vowed to press ahead with the development of its current car. "Realistically we are too far away to win the drivers' (championship)," Hamilton said in India on Wednesday. "If we did (win) through some kind of miracle, then I'll eat my words."

Indeed, most commentators also see the remaining four races of the season as a fight only between Sebastian Vettel and Fernando Alonso, with Briton Hamilton a full 62 points behind the lead. But McLaren's sporting director Sam Michael said on Wednesday: "It's not a big a decision to decide to continue development of the the 2012 car. The rule changes for next year are quite small compared to what they would be in normal years, so most of the development work we do on this car will carry over to 2013 anyway. We're going to push to the end," he told reporters during the regular Vodafone teleconference. (GMM)
F1 News Fernando Alonso Lewis Hamilton Sebastian Vettel McLaren
<< Previous article Next article >>
.