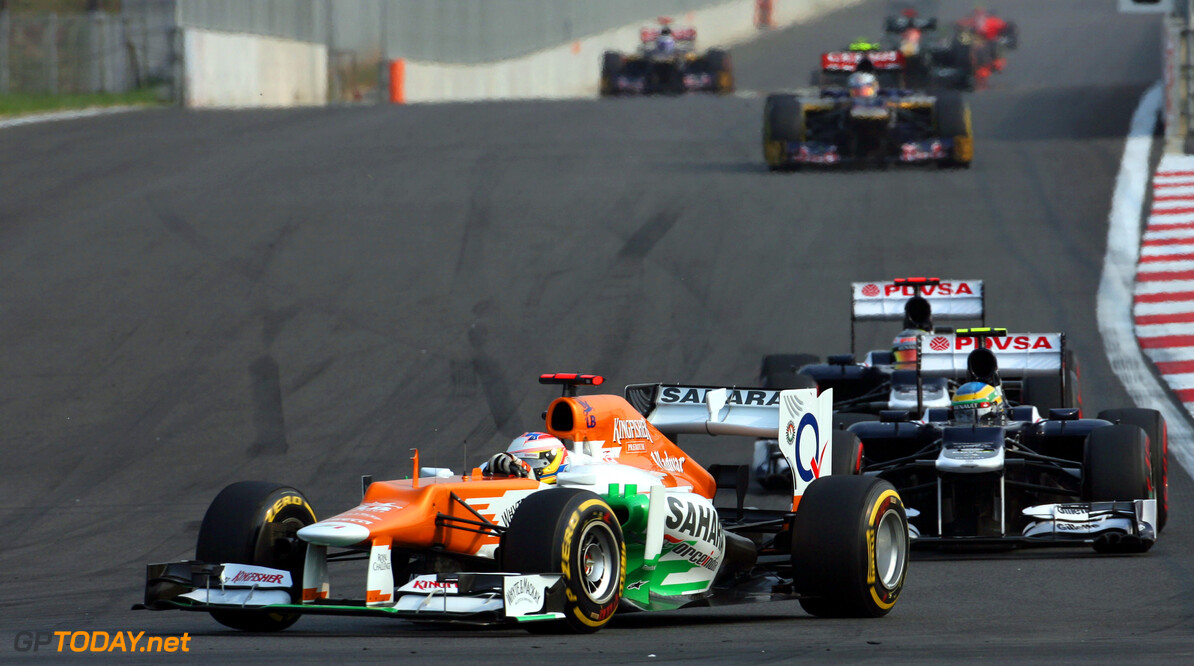 Paul di Resta has swerved around a question about his Force India boss Vijay Mallya's financial problems. Earlier facing arrest for bounced cheques, billionaire Mallya can now expect to face the angry, grounded and unpaid staff of his ailing Kingfisher airline as they protest at their local Indian grand prix this weekend.

Another of Mallya's businesses is Force India, but Scottish driver di Resta - who is expected to stay at the Silverstone based team in 2013 - said on Tuesday it is not his place to respond to questions about Mallya's troubles. "These (Kingfisher and Force India) are two different businesses," the 26-year-old is quoted by the Indian Express.

"We," he said, referring to himself and teammate Nico Hulkenberg, "are part of the racing team based in the UK. And racing has been a success so far. So it's not for us to comment on. It (Kingfisher) doesn't affect us," he added, even though the 'Kingfisher' logo was emblazoned on his and Hulkenberg's team t-shirts at the press conference.

Di Resta, as well as his current teammate Hulkenberg who is believed to have agreed a switch to Sauber for 2013, refused to comment on their respective futures. (GMM)
F1 News Force India Sauber
<< Previous article Next article >>
.