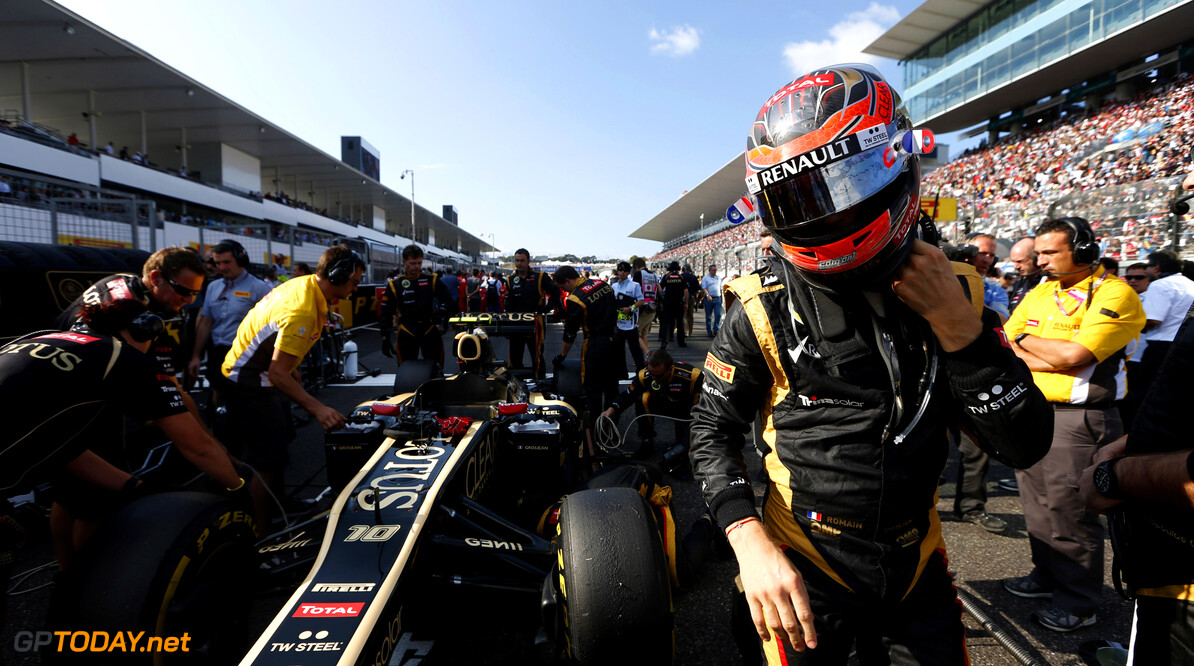 A formula one steward serving at this weekend's Korean grand prix has warned Romain Grosjean not to crash at the first corner on Sunday. Frenchman Grosjean was banned at Monza for causing the first-lap carnage at Spa, and incurred a ten-second stop and go penalty - and the wrath of the F1 paddock - for yet another incident at Suzuka a week ago.

Swiss steward Paul Gutjahr, a F1 steward since 1995, told Blick newspaper in Korea: "The Frenchman is warned. Another crash, and he will be a spectator on more than another occasion."

Grosjean has admitted that Lotus is "not happy" with him after his latest crash. "The team told me they are not happy," he told RMC Sport in Korea. "I am not happy with the situation either. We have 550 employees working (with Lotus) so I am aware of the situation and now it's up to me to find a solution."

He confirmed that Mark Webber, who called him a "nutcase" at Suzuka, came to see him after the Japanese grand prix.

"I did not read his statements, but he came to see me after the race in my room," said Grosjean. "He was annoyed but that's normal. I apologised and it's all I can do. I have not read any press or anything, but I know that when I get out of this situation, I will be stronger." (GMM)
F1 News Romain Grosjean Lotus F1
<< Previous article Next article >>
.