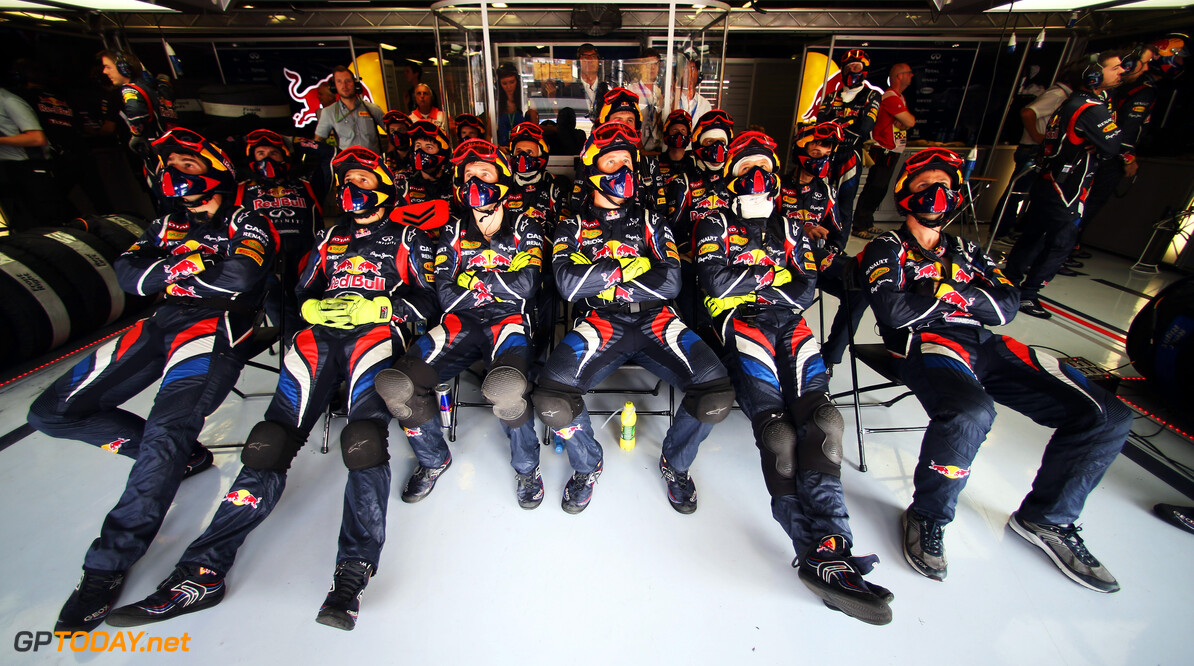 Red Bull wants Renault to dump its alternator supplier. The reigning champions have been dogged by a recurring reliability problem in 2012, which cost Sebastian Vettel victory at Valencia and crucial points at Monza.

The faulty component, which has also failed in other Renault-powered cars this year including the Lotus and the Pirelli test car, is the alternator supplied by Italian company Magneti Marelli. "I want Renault to separate from its supplier Magneti Marelli and use someone else," Red Bull team boss Dietrich Mateschitz is quoted by Germany's Auto Bild Motorsport.

Renault Sport's Remi Taffin confirmed that the French marque is considering its works partner's request. Despite a testy relationship between Red Bull and McLaren, it is believed one of the only ready alternatives to Magneti Marelli is McLaren Electronic Systems (MES). (GMM)
F1 News Sebastian Vettel Pirelli Renault Lotus F1 McLaren
<< Previous article Next article >>
.